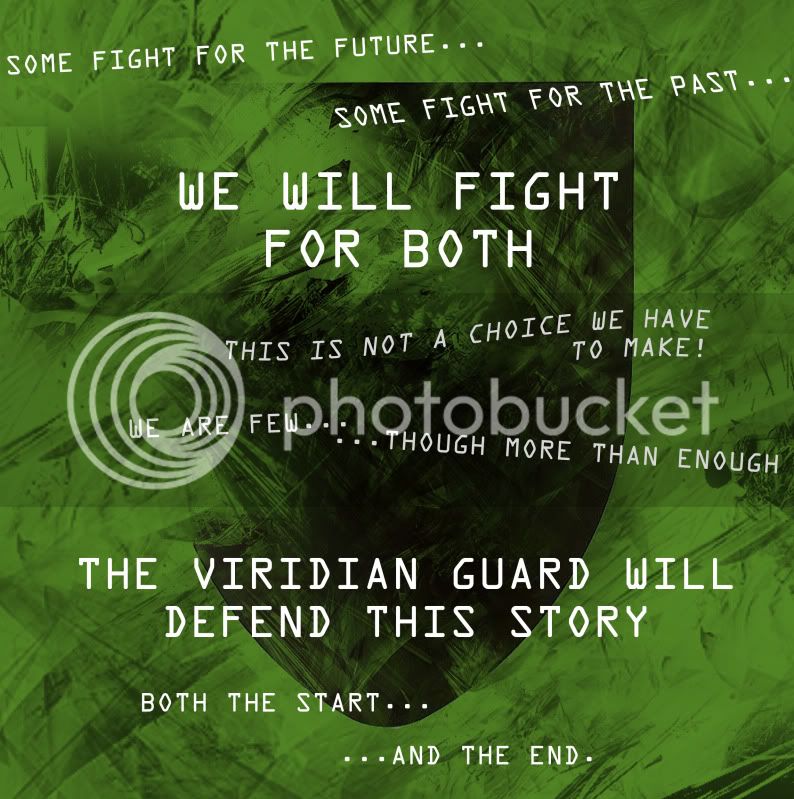 This is the place for the Viridian Guard members to talk about.. plot things, and such.

Here's a pretty pic of our airship:

Who gave you funding for an airship?

Is that what you're calling your recruits?

A gribbly is a small monster, usually one that appears often but is not very strong. Where I come from it is an informal term of endearment.

*Puts Drake in the guard, and Jack in Diana's group*
T

Original poster
Or rather instead of borrow we just FOUND it. Because we are white, white people don't steal they find. (At least I am white anyways) XD
P

Original poster
Alright guys, something to occupy us as a group until we actually are one IC..

We're gonna need a crew for the airship, so everyone who's got a character in the faction, you're more than welcome to post NPCs who can fullfil the smaller more time consuming tasks around the airship.

Post em here, not int he character sheet thread, and you dont need to provide anywhere near the amount of detail needed for a player character.

Look forward to seeing them~
O

Personality: She sports a dry wit, and comes off as quite masculine with her mannerisms. Very judgemental and critical of others.

Appearance: He is tall, like his wife, with fair skin, muddy-brown hair and grey eyes.

Personality:He is a bit slow but is very calm and has a soothing presence.


Is that an okay detail amount?
N

Original poster
*kicks the harbringer towards the coronation*

*slamdunks the Harbinger into Iwaku Castle*

GET ON WITH IT.

Oh posh, we'll get there in due time.

Original poster
Sorry this took a while but yes Obskeree, those characters look great ^^

A couple from me:

Position: On-board security, he wont fight, but if anyone unwanted breaks onto the ship they gon' get TYRONE'D.

Appearance: A huge bald black man, built like a tank and basically as strong as one.

Personality: Tyrone is a loyal man, if he likes you. If not, chances are he'll TYRONE you. He's a bit volatile, but knows his place and who he owes allegiance to.

Position: Technical support. He uses the computers in the main control room to control the ship and other such things.

Appearance: On the surface he looks fairly normal, a young man, with short dark hair and glasses, fairly lithe, but not skinny. his plant side shows through if you look closer, his ears being long leaf-like appendages and some of his skin looking barky.

Personality: Mild mannered and kind-hearted, he's content to just do his job.

Our Chat has 5 pages.

We're all bonding and shit.
T

We've even got a 'make your own NPC' discussion going..

well.. just Obskeree and me...

Original poster
I got a slightly hung over ninja schlepping your way, just so you know.

Also, here's an idea for another cannon fodderloyal crew member.

Appearance: Dresses in business attire, but covers it with an apron when he's performing healing duties, despite not having to actually touch the bodies to heal them. Wears gloves at all time.

Personality: Laid back, but gets easily exasperated if he has a lot of people to heal at once. Obsessed with cleanliness, and is frequently seen mopping the floors of his medical deck or getting Zenter to do it for him. Likes to carry on conversations with anybody who is willing to listen to him, and has a difficult time understanding when people aren't interested in hearing him discuss weighty topics with them.

*looks at where Porg has made his new thread*

Original poster
Yeah.. It's in the right place now >>