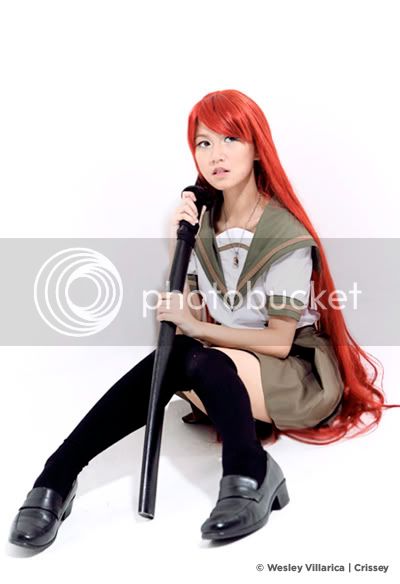 Sozrosse stood upon one of the many balconies that overlooked the vast sea that extended to other lands and cultures far to the East and West. She was a survivor, not just of this noob invasion but of a conflict between the forces of good and evil aboard the angelic made space ship called the Legacy. She had witnessed the death and rebirth of the universe. She had been given the choice of going to the afterlife, being reborn, or coming to this world. Soo Jin Ya had chosen to come to this new realm.

When she was younger, she had heard tales of a great conflict in which a black clad prince had been killed by a combined force of Angel and Mad Man. What they had failed to realize was that the black clad prince had sensed this coming and had chosen a new successor body and moved to a realm called the Sanctuary. It was in this land that Sozrosse had been born as Soo Jin Ya, the daughter of a Chinese and Korean husband and wife. She belonged to a clan called the Shinzui,or simply the "ghosts." They were an advanced nation that determined the road to self enlightenment was suppressed by human wants and desires. Developing technologies that eliminated all desires, with the exception of the basic desires to eat and sleep, the scientists created "wise beings." They soon realized that without the desire to work, humans become lazy which is just our nature. Jin was one of the first to receive this treatment and she excelled at controlling the natural balance of chi around her and use it to control events around here. To some she'd be considered a wizard, but in her own mind she was a scientist....

She had been trained by the fabled Iwakuian named Coffeecakesadist and the successor to the black clad prince and was then sent to help save the universe from the twisted minds of those that had slain the prince. In the end they were successful. Now, she had become a "Knight" but was the most independent of the group. She was the middle man between the king and the defenders of the world. She was also made a Battle Mage by the King himself.

But it seemed like these days were now over. Monsters had invaded and she had chosen to stay behind. She had no idea what was going to happen next.
P

"Excuse me, Madame Sozrosse, but could I have your attention for a moment?" This tinny voice came to the magician from the bedroom connected to the balcony, in which there stood an old coffee maker standing on a small table. Though the sight of a coffee maker conversing with anyone was peculiar enough, anyone who knew the true nature of this strange contraption would doubtless have had their eyebrows shoot upwards off their head. In another life, in another world, this coffee maker had once been a robot clad in overalls, often seen working fervently on some form of weapon. This machine was the engineering robot known as MAC-051, known only occasionally by the familiar name of "Marcus."

Sozrosse and MAC had both shared an adventure together, long long ago on the great spacecraft known as the Legacy. But while the magician had made it to the end, the robot's body had been shattered when the ship it was on crashed head long into the planet housing the doomed crew's final destination. But that was not to be the end of this robot. MAC was a clever machine, and it had long ago discovered how to copy its data onto external sources. Sozrosse had kept this copy, and transferred it over to whatever electrical appliance was handy at the time. MAC wasn't certain of it, but he had a feeling that she was making fun of him with the specific contraption that she had chosen.

Now, stuck in the form of a coffee maker, the robot had kept itself busy by developing the perfect blend of coffee. It was one of its few functions, after all, and the robot got bored easily. While he regretted using Sozrosse as his willing test subject, he figured that other people would find a talking kitchen appliance to be more than a little strange to be around. But not Sozrosse. Almost nothing seemed to faze her, though it could have been because she always seemed lost in thought. Regardless, he could always be confident that she would take whatever he did in stride.

"My apologies, my lady," he said, hopping around at the edge of his power cord to "see" her better, "but I require your assistance once more for testing purposes." He didn't tend to give anyone else signs of respect, but Sozrosse was different. He liked her, at least in the sense that he could respect her and tolerate being in her presence. Most other people...not so much.

With a short chirp, the machine chugged into life, dispensing a stream of coffee into the pot below. Sozrosse stepped over, poured a cup, and took a sip. She seemed lost in thought for a second, and then said, "A little bitter."

"Back to the drawing board, I suppose."

(Summary: MAC-051, a veteran of the Legacy days, is now in the guise of a coffee maker. He makes coffee.)

The conflict with the noobs had been a relatively short affair. While she had no clue what was going on within the halls of the palace, nor the fact that a new leader soon would be crowned leader of this world, it really didn't matter that much to her. Life was still going on as it did before. Then agian, after traveling thousands of miles in deep space and seeing the reshaping of reality as we know it, maybe invasions of demonic creatures was nothing new to her.

"Well, it was not the worst drink I've had. We'll figure out some other flavors for you to try next week." She said after gulping down MAC's newest creation. Prior to living in Iwaku City, Sozrosse never spent much time eating nor drinking any materials for she spent most of her time as an ethereal being. Now, with this second chance at life, she'd try indulging in the tastes of humans. So far nothing really impressed her that much.

"I'm still doing research on how to form a new body for you, if you so choose to return to being an android." Sozrosse said. They often had this discussion every night. While both of them knew the answer, it was one of the few things they could chat about. Life on the Legacy had been a rough and unnerving ordeal. Neither of these two were the most popular of the crew. Then again, how could a living ghost and an android in search of meaning get along with a crew that varied so much in degrees of trust? But that was in the past. Now was the present. The world would always move forward. So would they.
Show hidden low quality content
You must log in or register to reply here.
Share:
Reddit Pinterest Tumblr WhatsApp Email Share Link
Top Bottom