Playing Style- Passive or Aggressive
both but mostly aggressive

Favorite Genres
All of them.

So awhile ago I made an RP that I really liked, and I would like to revive it, and this time make it go well.

The History
In the year 2020, a man in Russia named Igor Ivanov rose to power, but he had a vision... World domination. A vision he is so close to making into a reality.

1. Countries are allowed to keep any tradition as long as the Russian government approves of it, however, Russian is the official language in the entire Ivanov Empire, so speaking any other language publicly will result in persecution.

2. No citizen is allowed to choose their job or career, citizens will take a government given test, where what their life will be dedicated to will be determined by the results. The test will determine where you stand on society's latter, and what job or career you will have

4. Citizens under the age of 25 cannot socialize with anyone unless the other person is the child of a friend of their parents

6. Reading, or watching, any form of media which is banned by the Russian government will result in execution

7. Citizens that cannot pay certain taxes will be publically executed

8. Married couples must ask the government for permission to have a child. Any unauthorized pregnancy must be aborted, and any unauthorized child will be executed

Citizens not allowed to leave the Ivanov empire, so the best place for citizens to go for a better life in the northern side Japan, as it is the farthest off the map, and therefore the rules are much less rigid (for example rule 4 doesn't apply and one can get away with rule 6 if you know the right guy). However, this isn't easy in order to move to another country one must earn their citizenship, something which costs a lot of money.​ 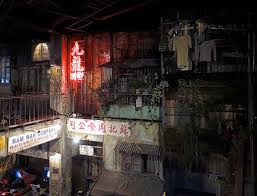 People from all over the world move to the land of the rising Sun for one of two reasons. To start over a new life, the legal way, or to rise up against their oppressors, you choose why you came and where you go, just know one thing once you made up your mind, you can't change it.


The Setting
The roleplay takes place in Japan, both north and south, you live in either one of these as either. A citizen, a government official, rebel, or anything else.

The Story
This story takes place in April of 2050, a time in which the Japanese school year starts, and the battle between Ivanov and the rebellion is heating up, many non rebel citizens that live in southern Japan are starting to move to northern Japan, leading them to go into an economic crisis, however the country stays the highest in education. However many rebels go to northern Japan to lay low for a while before going back to southern Japan. Causing the government to send bodyguards to the area to check for anyone. This is where the roleplay starts.
The Rules​
1. No god modding, metagaming, or controlling anyone else's character without their permission
2. I will have to accept your character before you can RP, if I ask you to edit something it's because I really like your character but I can't accept them just yet
3. This roleplay is meant for ages 14+ meaning that there will be some swearing, and a lot of graphic violence, if you are easily triggered, or you are not comfortable with that please do not join this. As with sexual scenes, I'm perfectly fine with it, however, please write them as a spoiler titled "warning sexual content" cause some people do want to read it but some people don't want to read it example:

and then they fucked
4. Don't be a jerk if you want to give feedback give them CONSTRUCTIVE CRITICISM NOT A RANT

Constructive criticism: You may want to add some flaws to your character just so that he's not too overpowered, and he could use some personality
Rant: Your character is soooooooo fucking OP, and he's so fucking underwritten with no personality, and I believe that everyone else is thinking the exact same thing even though am not on anyone's head and everyone has different opinions, you're a terrible writer go to hell, no one wants you here ARGHHHHHHHH *head explodes*
5. Be nice to others if you have a problem with someone take it to the p.m and don't get me involved you're all teen members and adult members, not child members so act like mature adults/ teens, not like toddlers who need their mommy to fix everything *insert bridge from song 'ain't it fun' by Paramore*
6. After I have approved your character sheet you have one week to make your first post on the IC thread or else you will be removed from the roster.
7. Each member has a five character limit.
8. Have fun!

this is if you're giving your character up for adoption when you do your character will be off the roster into the claiming list until someone claims them.
Character Name:
Personality traits:
Brief history:
Reason for giving them up:

Playing Style- Passive or Aggressive
both but mostly aggressive

Favorite Genres
All of them.

Personality: Hiroki is passionate, and stubborn teen, he is hot-headed, and short-tempered during mission. He is also impatient, sarcastic, honest, and cynical when you first meet him. But once you become his friend it's his life mission to keep you safe, and he becomes a bit more open and only slightly more compassionate. While his lone wolf persona causes people to want to stay away from him Hiroki doesn't care, in fact, he sees this as a virtue because he thinks it's more effective to be alone so that he's left with no regrets. However Hiroki is a gracious young man, even if he doesn't like you if you're part of the rebellion, and you're in trouble he will save your life.

Dislikes: being told what to do, taking time, people who question his way of doing things, being called by his first name, arrogant people, the Ivanov empire, Russians, being underestimated due to his age, and being the youngest snipper

History: Hiroki grew up in the rebellion's children's sanctuary, where the rebellion keeps, children of rebels, as well as children they save from POW camps. Hiroki lost his parents in battle when he was three, but Hiroki had a best friend his name was Shane Hoshida. Shane was a year older then Hiroki, his father was a rebel from the united states, who had died, and his mother was native to Japan, and was still fighting in the war. As children, Shane and Hiroki looked up to the rebels and wanted to be like them someday, so every day they would work to get stronger and fight as a way to train themselves when they were twelve and thirteen, Shane's mother died in an explosion prompting Shane to decide to go on and join the rebellion, Hiroki decided to follow his best friend, the training they had done, had paid off, cause they managed to finish their formal training in two years making them the youngest snipers, however things didn't go too well. On their first mission, Hiroki witnessed Shane get shot in the chest after dragging him to a safer place, he tried to find a way to stop the bleeding, but it was too late. The whole time as he was dying Shane looked at Hiroki with a smile, as if he was telling him not to worry, and he talked to him within such as casual tone, even sneaking some jokes in there. When he finally died Hiroki couldn't do anything except cry, that day he brought his friend's body back to base and buried him, to this day Hiroki keeps the necklace that Shane used to wear all the time and never takes it off.