It's the little things... 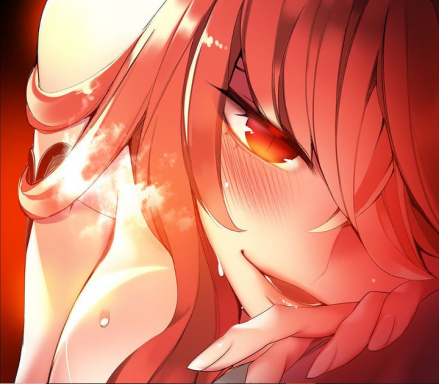 Ok, I'm taking an honest approach to this one:


We're trying our hardest to not come off as a bunch of elitist assholes, but there really is a place for everything. The staff and community have worked very hard to organize and spruce up the place, which makes me think we should follow up and treat it right!​
​
Lets start with the basics:​
​
1) STAAHPIT, ONE LINERS, STAAAAHHHP~​
In a forum based community like Iwaku, we're really trying to push for more content driven RP's. This means, when we see a one liner consisting of "Jim laughed at Jane and walked out the door" it makes us a little sad in the pants. This, of course, is not saying that ALL one liners are bad, because there can be (and have been) some very helpful/interesting one liners.​
The most common types of One liner RP are "Speed" based. By this, I mean that a group (or couple) of players rapidly respond to one another and refreshing their webpages. Please don't assume that I'm badmouthing anyone by this article, because it's the exact opposite. I too at one time was a one liner! Everyone grows and heightens their RP skills at different times. Simply put: If you like it, you like it. From my experiance, many RPers feel intimidated when first starting and that is what leads to much of the one line contribution. If not for that reason, most seem uninterested in spending enough time to make a substantial post.​
​
​
2) OOC chatter in IC threads: THIS SHOULD NOT HAPPEN.​
Don't get me wrong, the occasional OOC comment is alright if it absolutely needs to be done, but here at Iwaku, we have OOC threads specifically for that reason. You need to talk to your partner(s); do it there. In addition to the OOC threads, we have PM's (conversations) and profile pages. Drop a note there if you don't want to keep up with a seperate thread.​
​
3) Content is your friend: add some meat to those bones!​
Generally, the more you say, the better. This of course, does not go for the ramblers who give WAY too much information and fill us in on things that we don't necessarilly need. A good example of less content Vs. more content would be the following:​
​
Less: Jim closed the door after Jane, crossing his arms and grumbling.​
​
More: Jim slammed the door after his ungrateful girlfriend, grumbling Jane's name under his breath as he crossed his arms stubbornly and finally let his back rest against the wooden door.​
​
Not only does that give your partner more to read and respond to, but it looks better! Instead of Jane responding with another one liner- she might feel more inclined to respond with something more lengthy and even more full of content!!​
​
((I will be adding more to this!!))​
​
​
​
​
Last edited: May 14, 2013
Reactions: Ko T'suno, ChronicEther, Valentine Corangula and 1 other person
Show hidden low quality content