It's A Twin Thing

I am slightly confused, would you provide examples of 'powers' a pair of twins could have?
Reactions: Mundane Monster

I'm also interested, but could you provide more information?
E

Original poster
Anything that's not too OP is fine. As in, no time control, reality warping, blood bending, mind control, etc.

Energetic Alice said:
Anything that's not too OP is fine. As in, no time control, reality warping, blood bending, mind control, etc.
Click to expand...

No, see I needed examples because it is the "Each is given powers that complement each other, powers that lead to the truth" part that confused me. What kinds of abilities compliment each other? I'm assuming not opposites like fire and water manipulation, but I can't think of any powers that go together. I need examples of what you meant by this.
E

Original poster
Eh, any powers that work well together, like water and ice, or fire and controlling wood, or summoning and enhancing. Something like that.
Reactions: Brea
S

Original poster
So do we make both twins or one twin then find someone else to be the other?
N

Original poster
I'll try it out. 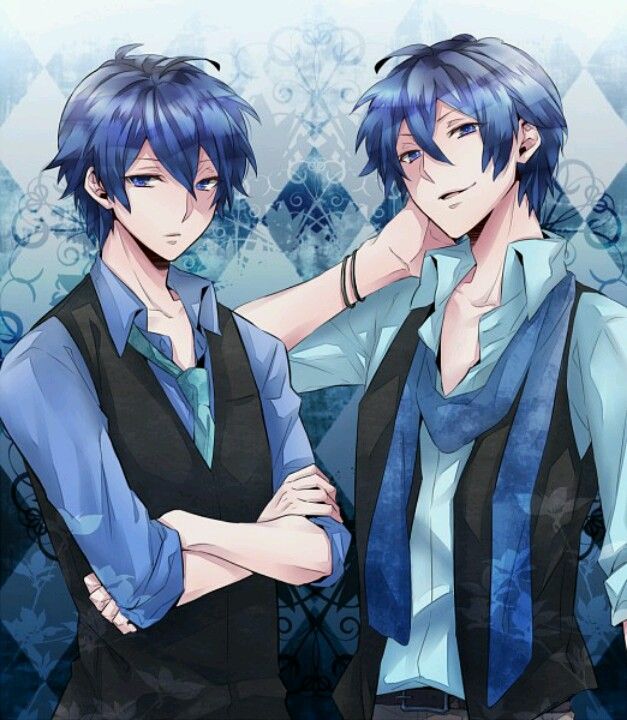 
User is able to create a shield, wall or a field to protect themselves and/or others.
Personality
Appearance

Original poster
Both accepted! Those are good characters!
Also, for further reference, I don't really mind whether your pictures are anime or not. I can't see your pictures on this damned electronic yet.

Name
-Rosalia Seto
:Luciano Seto
Age
-16
:16
Gender
-Female
:Male
Power
-Summoning
Can summon any creature she can imagine. However, the bigger the creature is, the more energy it takes. Thus, Rosalia has Luciano enhance their power to make them more deadly.
:Enhancing Abilities
Can enhance any power. However, he cannot enhance himself. Thus, Luciano enhances Rosalia's summoned creatures to protect both of them.
Personality
-Shy, sweet, cheerful, caring. However, has a dark and heartless side.
:Emotionless, professional, to-the-point, fiery. However, has a soft, sweet, caring side.
Appearance 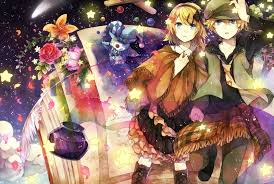 #15bf67
"Just because I talk a lot doesn't mean I actually know what I'm talking about."​ 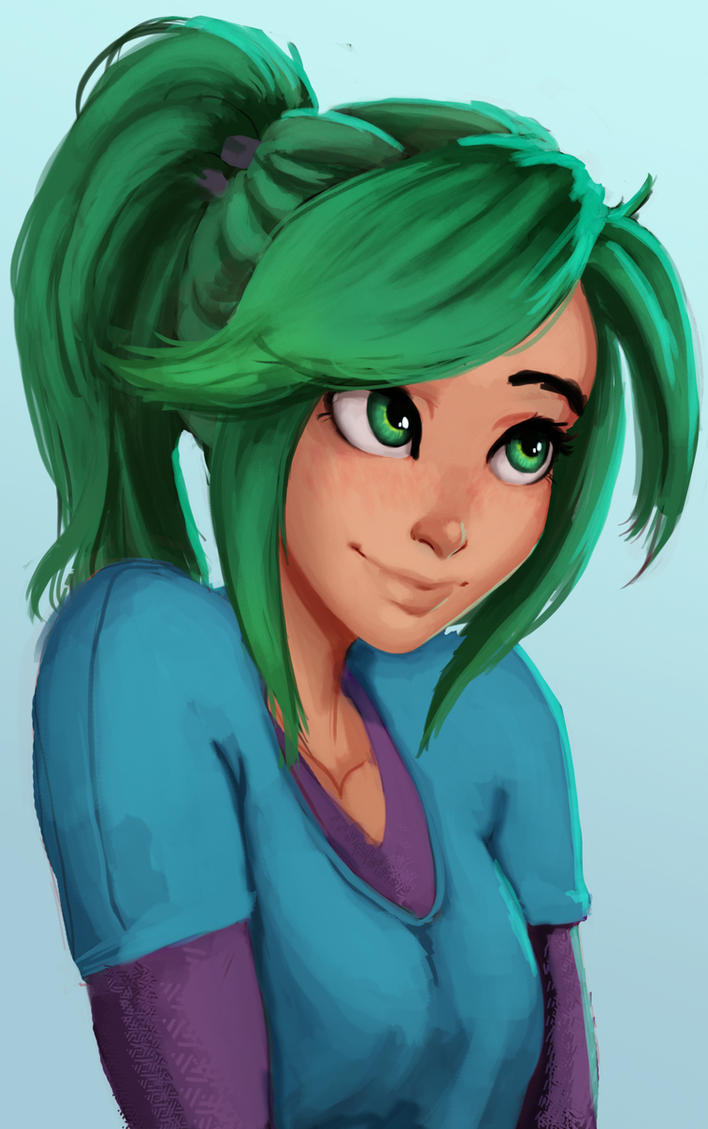 Name:
"Most people call me Jenna or Jenny. My mom only named me Jennifer so I'd have a formal name anyways."
. Jennifer Maria Hart .

Power:
"I can control water or whatever. Pretty generic if you ask me."
. Jennifer can manipulate the water molecules in the air, or an actual body of liquid. She can make shapes with the liquid, and move it through the air. She can only move it, however: She cannot solidify the water, she can not change the pressure, she cannot turn one type of liquid into another. And, she cannot control blood. Breanne (her twin) can put use her ability to make the water very harmful to opponent .

Personality:
"I like to think I'm really nice."
. Jennifer is very much a people pleaser. She always puts other peoples needs before her own, which often gets her into a lot of trouble. However, she continues to do it because she just wants to make people happy. Also because she fears rejection, especially that of her peers. She is often described as selfless, kind and helpful. Jenna has always had a hard time hurting peoples feelings, and will tell a lie to avoid doing so. Jenna is extremely talkative, and once you get her going it's nearly impossible to make her shut up. She's very determined, and is always setting goals for herself. She is easily manipulated, and often becomes dependent on her friends. She doesn't outwardly show it, but Jenna is very insecure with who she is, and is often trying to reshape herself into someone she thinks everyone will like. At times she can be a bit naive, but that's just because she wants to believe that there is good in everyone .

Appearance:
"Believe it or not, Brea and I are actually identical twins. The dyed hair usually throws people off."
. Eyes- Green
Hair- Long, bust length. Naturally blonde, dyed greenish .
Height- 5'6
Weight- 124lbs
Build- Adverage
Birthmark- On her shoulder: It's brown, and shaped like an upside down cat. .

Other:
"I can't think of anything I haven't told you already."
. Heterosexual .
. Allergic to bees and peanuts .
. Likes to sing, and is pretty good .

#f0026d
"I will not fall prey to society's desire to turn girls into emotional, insecure neurotics."​ 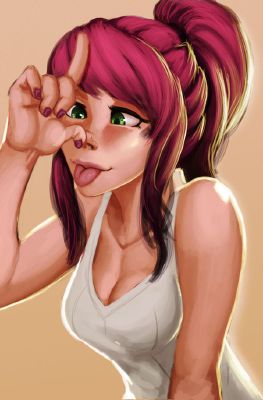 Power:
"My power can be a little... shocking. Ha! Get it?"
. Electricity: Breanne has the ability to manipulate electrical fields, and produce electricity from her finger tips. While the bolts that emits from her finger tips will sting (and possibly burn, depending on how much energy she puts into it), they are in no way fatal. Unless mixed with her sister's ability, then the water intensifies the shock. The more energy she puts into a bolt the quicker she gets too tired to use her ability .

Personality:
"Not really big on the whole 'tell-me-about-yourself' thing."
. Brea is a very quiet and reserved girl. She is very intelligent, and fairly organized most of the time. She likes to think things through before she acts, and gets stressed out when she isn't able to do so. She tends to be very sarcastic, especially with her friends, and extremely blunt. She likes to get straight to the point, and will not tell a white lie to spare someones feelings. For this reason some people may call her a bitch, but that's not exactly the case. She just values honesty. Brea is actually a very kind and thoughtful person, who is always willing to lend a helping hand. She's selfless in the sense that she will always stick up for others. However, she will never stick up for herself. She's one of those 'suffer in silence' types, and often feels bad asking for anything from someone else. She's a very independent individual, who has trouble revealing things about herself. .

Appearance:
"If one more person tries to tell me that dying my hair kills it I am going to scream. Don't you think I looked into the downfalls of dying hair before I actually committed to making my hair pink?"
. Eyes- Green
Hair- Long, bust length. Naturally blonde, dyed pink
Height- 5'5
Weight- 121lbs
Build- Adverage .

Other:
"I think I've told you enough."
. Heterosexual (Straight) .
. Her hair is often static-y because of her ability, so she usually just puts it up in a pony tail .
. Is a little socially awkward .

Welp, there are my characters. I was debating between the abilities to control water/electricity with the abilities to mimic sound (voices, mainly) and the appearances of others (So, one twin could copy the voice of someone, while the other could change their appearance to look like said person). But, in the end Electricity and Water won... let me know if there's anything I need to change about my characters.

And, if anyone else would like to use the sound mimic and appearance shifting idea go right ahead! ♥
K

Original poster
Name: Nitsa
Age: 18(has mentality of a 15yr old though)
Gender: Female
Power: has the power to sense another magical persons power, including what their power is, how weak they are currently and how strong thier power is. Can sense powers within a 2.5 mile distance around her.
Personality: Having been orphaned at when she was 7 she is very child-like from mild PTSD, having been orphaned when her parents were brutally killed in front of her and her twin. Can be extremly hyper but is normally shy and tends to hide behind her brother. Loves candy and can be won over by someone offering her her favorite, butterscotch hard candies. Is quite emotional, can cries easily, literally jumps with joy. Her emotions are strong and tend to cause her to not listen to anyone, except her brother who is the only one to calm her down when worked up.
Appearance: Is below

The lack of a last name is on purpose, after watching their parents murder they changed their names and Sunil refused to find a new last name for them.

So, wait @Kila'Fali I have a question. It says that if your characters are within a 2.5 mile radius of any of ours, they could not only detect the ability of the character but also completely drain them of energy AND/or their ability. Does this mean that if my characters are anywhere near yours they could be unable to use their abilities, or do I not understand?
K

Brea said:
So, wait @Kila'Fali I have a question. It says that if your characters are within a 2.5 mile radius of any of ours, they could not only detect the ability of the character but also completely drain them of energy AND/or their ability. Does this mean that if my characters are anywhere near yours they could be unable to use their abilities, or do I not understand?
Click to expand...

No, He chooses whether or not to drain the abilities. You can still use your abilities unless he drains them, if he had no control over his power and it just ran wild like that he would end up killing every magical user around him, including his twin. >.< sorry i wasn't very clear there.
K