Is It Allowed for Someone to Join an Ongoing 1x1 Thread? 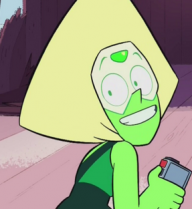 Genres
Gijinkas, Modern, Magical, Romance, Slice of Life... I'm pretty cool with most all genres except the few that I'm not too fond of.

So, as of now I have a 1x1 going on with a friend, but recently another friend has taken interest in joining this thread and it would make the most sense for them to just post after what we've started. I know 1x1 are, well, 1x1, but I'm not sure about where a private RP for multiple people would go because we don't want anyone else to join. And would it be okay for someone to join in after some posts in, especially if it's just between us?

1x1 are simply private roleplays among a designated group of individuals. As long as no one is joining without your consent than yeah, another person can join ^.^

Genres
Gijinkas, Modern, Magical, Romance, Slice of Life... I'm pretty cool with most all genres except the few that I'm not too fond of.

Aah alright then, thank you very much kind user!

I actually think that if a 1x1 thread is going to have more than two players at a time, you should probably change it to a group RP and specify that it's closed (not taking applications).

Unless I've misunderstood and someone else is going to be filling the other role, meaning it'd still only be two players - that would be okay.
Reactions: LunaValentine

To add on to what fatalrendezvous said, group roleplays have prefix tags that show whether or not it's open for new players. If you get it moved to a group RP area, you can also get the "Invite Only" prefix so people know without asking that it is a private game.
Reactions: LunaValentine

If a roleplay have more than 2 roleplayers in it, it belongs in the Group area. As has been said, it is just to put a private prefix on the rp. If the rp started as a one x one and a third member jumps in (with the concent of both the players) then you would need to send in a thread moderation request to get it moved to the Group area. The thread moderation form can can be found on the bortom of iwaku where most of our useful links are collected.
Reactions: LunaValentine
Show hidden low quality content