Here is the ooc, as you can probably tell. Thank you to all who have already showed interest. Here we will post Character sheets as well as discuss the RP as it progresses.

Name:
Job: ( Chef, Judge....if you have any ideas for other roles just PM them to me)
Age:
Gender:
Appearance:
Persona:
Background: (For Competing chefs this will include your culinary experience, for judges it should be whatever you do besides judging Iron Chef....Musician, restaurant owner, actor; Pretty much whatever you want, get crazy with it.)


For the sake of the RP (although it differs from the show) We can have as many competing cooks as want to play; There is nothing wrong with a 3 or 4 way cook off battle royal! I would like to have at least 3 judges though.

I am going to be playing the announcer/Host.

Appearance: She is slender and stands about 5'4". Her skin is lightly tanned no matter the time of year and she has rich dark brown eyes that always seem to have a smile in them. Her hair is often changing but lately she's had it styled about shoulder length with caramel highlights and a side swept bang. To most she appears a simple, sweet young girl, but she can become fierce if the need calls for it.

Persona: energetic, spontaneous, and goal driven. She will go to ANY lengths to get the task done, and generally it involves some sort of crazy performance that won't cease to amaze onlookers (in truth she's just rather clumsy and lucky at the same time). She isn't known as the Queen of the Frying Pan for nothing either, so watch out. Things are bound to go flying around when she's in kitchen stadium.

Background: Kate had grown up with a love for food, her mother being 100% Greek and loving to cook taught her all her secrets. Though her specialties were deserts, she didn't disappoint in the meal category either. She ended up going to school to become a Physician's Assistant, but her love for food continued as she refined her skills in her own way. Two years in to school she had to drop out of due to financial and family problems, and she eventually departed to the city to start over.

Out on her own at the time, she had to look for a way to support herself and soon obtained a job at a small cafe where the customers loved her playful personality and great food. She used the cafe as her creative medium, creating new and exciting dishes that would be added to the menu. Her cooking talents were eventually recognized and she eventually took off to start her own restaurant called The Rock. The restaurant is moving onto it's 3rd year of being opened and steadily gaining popularity.

Name: Natsumi Okuda
Job: Special J-Pop Idol Judge
Age: 21
Gender: Female
Appearance
Persona: Up beat and chipper, she likes to sing a lot even if it is just to herself. She is easily distracted by small things but loves watching people cook because her own lack in culinary skills. She has a nack for putting words to emotions, but it usually comes off as a rapid fire rambling of excitement.
Background: Natsumi Okuda was part of the breakout group Afternoon Okaasan. After graduating at the age of 18 she struck out as a soloist in Goodbye!Project (G!P for short) and has been singing hits ever since, her latest single "Koi no ai nanchatte" has already hit number 2 on the Oricon Charts. She was asked to be a guest judge on Iron Chef and she quickly accepted, hoping to pick up a few tricks on how to cook.
O

Name: Sean Kelly
Job: Head Chef/Owner of Kelly's Irish Public House
Age: 30
Gender: Male
View attachment 1500
Persona: Hard work and dedication has gotten him where he is today, the owner and chef of a very successful restaurant in New York. But more than just dedication drives him, his love of food is what makes his restaurant and his meals so amazing to his customers.

While he may seem driven and closed to strangers his staff and close friends know that he is open and carefree once he steps into the kitchen. It's as if he becomes a different person entirely as soon as he slips on that chef's coat.

Background: Sean learned at the school of hard knocks, starting in the dish pit at 14. By 17 he was managing the kitchen side of a pizzeria while working his way through college. At 20 he had graduated with honors and went overseas to work at "Shannahan's On The Green" in Dublin, Ireland. He learned the local fare and began to understand what it meant to "Eat like an Irishman."

Upon returning to New York he quickly opened his Pub with a traditional Irish feel to it. A seasonal menu based on British Isle favorites. When most Americans think Corned Beef is as Irish as it gets, Sean introduces them to Langostine Souffles with an impish grin.

He is a Chef to be reckoned with and jumped at the invitation to Kitchen Stadium.

OOC: Just thought you all should know, I really have worked in restaurants since I was 14, ran a pizzeria at 17... Working as Chef de Saucier at Culhane's Irish Pub and do plan on opening "Kelly's Irish Public House," in the near future... OK it was like this thread was tailored for me, brother!

Alright we have some competition now!
A

okay think i got it edited!!

I have a feeling I won't be much of a challenge XD unless it actually is a bake-off challenge :p I do have a few recipes ^^ In general I see Kate as probably being more of a comic relief for the show haha but we shall see!!
O

Roleplay is roleplay and I will gladly play to a loss if it's fun! I'm not "In it to win it," I just want to get my feet wet. Besides, it's all up to the "Judges" and we need a few more! I can see your post count, I'm betting you are better at creating a scene than I am! Now if we were really cooking a Turkey Remoulade I might have you... but we are just here to have some fun!
A

Ok, Just waiting on Characters from Loveless and Char then we can start....hmmm, so I'm guessing they will both be judges...I hope, cause I didn't really talk to them, but if not we can always work it out...(Sorry thinking aloud in text form)

*Goes off to Crack whip*
C

Appearance: Bushy gray eyebrows and a mane of salt-and-pepper hair frame this gentleman's weathered-looking face, giving him a stately, aristocratic appearance. His drooping eyelids and wrinkled brow betray the decades of hard work he has put in to rise to the top of the Korean power elite. 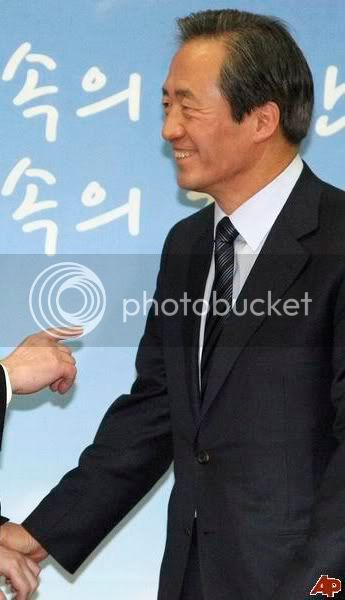 Persona: Mr. Hong has a serious demeanor and very refined tastes. But his soft side will often show when he enjoys the pleasures of life: a boisterous laugh often escapes him when he hears a particularly good joke, or an innocent smile might find its way through his stern glare when he takes a bite of a delightful morsel.

Background: The son of a fisherman in a small village near Sok'cho, the young Kwok-moon was expected by everyone in town to follow in the footsteps of his father, and of his father's father, and of his father's father's father--that is, to assist with the family fishing business, work hard, save diligently, and eventually buy a small skiff and strike out on the sea to fish on his own. But the young man was never satisfied with his lot, and plotted for years a way to escape the village. He always had an ace or two up his sleeve, and as each opportunity arose, he used them to cheat the cards life had dealt him--making friends with the steelworker's son, securing a job at the local drydock through his friend's father, becoming shift leader and eventually foreman at the ship-building division, putting in long (unpaid) hours on vessel design proposals in his spare time. He worked hard, struggling to impress his superiors at every turn, and eventually worked his way up the company ranks. Mr. Hong was elected CEO of Dae-bang Heavy Industries, one of the largest shipbuilding and manufacturing conglomerates in South Korea, 12 years ago. Nowadays his life consists of wheeling and dealing with powerful chaebol business leaders and schmoozing with worldwide politicians and famous TV personalities. From all outward signs, he loves it. 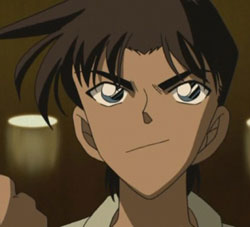 Persona: A friendly and pretty laid-back fellow, he can have a short temper at times, especially in stressful situations. People find him easy to open up to, because of his sincerity and open-mindedness. He can be self-absorbed at times, and has a tendency to convert conversations to conversations related to himself.

Despite of calling himself jaded and all, he's pretty much naive, and this shows at the most inopportune times.

Background: A college graduate from overseas, he worked on various odd jobs just to make a living. He ended up being a cameraman for the show out of sheer luck, or lack of it.

Persona: Nice guy, care free, never really lets anything get to him. Backs people up if they need it, a good friend to people.

Background: Matt never had it in mind to be a judge of food, ever. But he had always been the type to love food and make it pretty well himself. He had always given tips to chefs at places depending on how good the food was.
He was always a big critique as well. And being the one to eat almost anything.
When he lost his job and couldn't find anywhere else to go, someone had made the comment of being a judge of food. he thought about it and soon signed up for it. He had gotten the place, and now here he was.

Alright sweet, thats everyone. I'll get the IC up today.

I posted up to the point where the Chefs enter the arena and the secret ingredient will be revealed. Everyone should post then I will, starting the battle.


EDIT: Also, If anyone stumbles on this and wants to play, just shoot me a PM.
A

ooo this will be exciting!! >D I shall work on a post asap!


Great posts so far everyone! Still waiting on Char and Loveless and Okelliegh.
A

Alright, I may have to either recruit another chef or play it myself, cause it looks like Okelliegh has disappeared ><. I'll get to it soon, sorry about the wait, I've been slightly busy and also will be leaving town on Friday for a few days.

Also Loveless is slacking!!! I'll have to talk to her too.

No, I'm kidding.
Sorry, Senj senj, been busy these last few weeks. Let's see....
I'll be able to post... Monday? Yup. I think Monday. ^^ If not, you can hit me with Angl's frying pan. o.o; Unless I have homework.. e.e
Show hidden low quality content
You must log in or register to reply here.
Share:
Reddit Pinterest Tumblr WhatsApp Email Share Link
Top Bottom