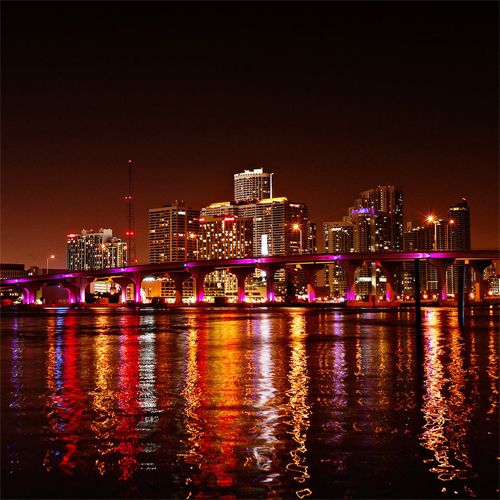 Welcome to Miami. City of bright lights and even brighter flames. All woven in a tapestry of sparks, with millions joining and even more snuffed out by life as a whole. This is a city where the party never ends, the women are sultry and the men know just what you want. Everything you could ever want in this place, Miami is here to give it.

At least, till of late. An unfortunate, tragic death in a long string of them crippled the night life. Laughter is louder and more forced. People leave only in groups now and never go out alone. And there is only so much the police as a whole can do. Thankfully, as yellow tape surrounds the most brutal murder in a club area, a hero emerges.

SCENE ONE: THE PINK PUSSY CLUB

A squadron of police cars surround the place, a 'massage parlor' with a little extra happy ending, but its not that which calls the force here tonight. With guards at the entrances and more at the mouth of an alleyway, its clear this yet another scene where the mysterious "Buffalo Student" has struck once. Waiting at the mouth of the alley stands a single figure. 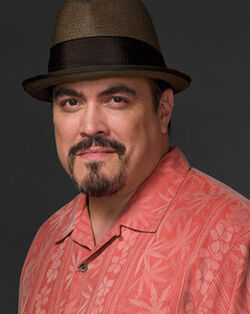 What happens next is up to you.

Behind all the glamour and flashy spectacles, Miami was a city absolutely brimming with the worst that society has to offer. With murderers, rapists, pedophiles and the like all joining together to form a trifecta of scum that requires a certain touch to deal with it properly when the so-called justice system would not. This is where the adopted son of renowned Miami Metro detective, Harry Morgan came into the picture. Posing as a genuine and friendly man with a stable life with a foul-mouthed but loving sister, a girlfriend and her two kids at day, there was more than met the eye when it came to someone with as many layers as Dexter Morgan. Having been honed from a young age to control the murderous urges which erupt constantly from within him, he adopts a code to attack those only who deserve the fate that the law enforcement would not give to them.

That was Harry's Code and it was what Dexter lived his life by. Not that he had any choice in the matter. He had to follow it to survive and keep up the facade of leading a normal life as nothing more than a geeky forensics expert at the police department. But there would always be someone who pushed at him. To see how far it'd take before he ultimately snapped and threw out the code. Gave in to his dark passenger. Those who had tried all pushed Dexter to the brink but he had always managed to straighten himself from becoming a monster with no standards or inhibitions.

Yet another one seemed to be trying to make a name for themselves. Which became more clear after adopting a near similar moniker to a more famous serial killer. Buffalo Bill. He was far too sloppy for Dexter's tastes and like so many killers, he targeted those who were innocent and did not deserve the terrible fate they suffered at his hands. He at least conditioned his urges into going after those worse off than he could ever hope to be.

But while all of this may have had some inch of truth to it, it didn't stop Dexter from making his way to the scene with camera in hand to note whatever blood splatters there may have been and to get a more indepth feel to how this man operated and if he had anything worth noting or if he was just a obstacle that Dexter would have to remove before he got too out of hand.

"This Buffalo Student is an interesting case. He or She has taken on the label of a killer with far more notoriety than them. Is it similar to Neil Perry's foolish attempt to pretend to be something far more malicious and monstrous than someone as cowardly as him could ever hope to be? Or is it out of admiration? The murdering equivalent of a love struck fan taking on the name of their idol. Only their idol here wore the skin of other people. But then I suppose I'm not exactly class A-role model material myself." Dexter mused to himself as he made his way over to the closest thing he had to a real friend, Angel Batista. He was never quite sure what exactly he had done to gain Angel's loyalty and friendship as he had. But he wasn't going to complain. It helped give some leverage when Doakes decided to use him as the punching bag for the day.

"Any word on who the victim is this time, Angel?"

"No, not till we get a full rundown on her dental records and DNA work. Jesus Dexter, its hell down here."

He shook his head and led him down the alleyway, cops moving up to prevent anyone else from entering as Angel continued to speak.

"Alright, so we got a call around 5:50 AM. One of the girls who works at, er...This place of happy endings reported a smell of blood when she left from the side entrance- there."

He pointed towards the relevant door, just below a fire escape as officers surrounded and took photos of something that smelt in the dumpster. Angel gagged.

"Just like the other bodies, flayed from head to toe. We've had psychos before, but this takes the cake. Whats your take on it?"

"Angel's one of the few people that graces this planet's soil that I'd go as far as to say I'm affectionate towards. One might even go as far as to label him a friend of mine. Sometimes I wonder how lucky I am to have someone who trusts me as much as he does. Other times I wonder what I've done to gain his trust. Not that I really mind. But could be beneficial for later on down the road. In any case, I best get focused on the situation at hand. Wouldn't be the first time I've seen the Buffalo Student's handiwork but nothing beats another look." Dexter mused in his thoughts before nodding towards Angel.

"My thoughts? From what I've read on Buffalo Bill which really wasn't much to work off, either we've got someone who's trying to out-do the original. Or an admirer of the sick and depraved. Either way, the smell they've left behind in their wake isn't one too pleasant." He'd admit as he winced from the smell radiating from the dumpster. Although he was used to the smell, having been accustomed to it for years. The wince was just another part of his facade. Wouldn't look too normal if he didn't wince from the smell of rotting flesh mixed in with garbage, now would it? In any case, the dumpster is where he assumed the body was left for an unsuspecting worker at the 'massage parlor' to find later on.

Making his way over to the dumpster after showing his ID off to the officers nearby, he'd glance up at the fire escape. To see if there was any hint of blood on it. Perhaps the body was tossed into the dumpster and left to rot until the smell became far too noticeable, even amid the waste. If the victim happened to be one of the girls who worked here, perhaps they might have had a lead to look into by checking for any suspicious customers who may have checked in before the body was placed here.

"Not exactly the first time I've dealt with someone who's keen on removing the skin of their victims. But unlike the other killer I'm thinking of, he wasn't attempting to emulate another's murder spree. He was just using skinning as his signature, nothing more, nothing less. Whatever uses this killer may have had for the skin of his victims left a lot to the imagination. Something that would have revolted the normal person. But I suppose I'm not exactly normal. This killer leaves his victims out in plain view be it dumpsters or otherwise. Almost as if they know it'll panic the people and leave the police scratching their heads for theories. Buffalo Student, perhaps there is something to learn from you yet.."