In the Name of the Holy (Filled) 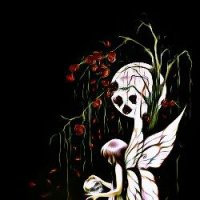 Genres
I love vampire role-plays. I like sci-fi with a distopian plot. I like yaoi quite well, but I do het pairings just as often. A touch of romance is good but I prefer romantic comedy to straight romance.

So I was inspired to create this plot as I was creating a culture for another Medieval Fantasy role-play.

On to the plot: This medieval fantasy realm has a religion based on two main benevolent deities of opposite natures (life and death, day and night, light and darkness or some other pairing). One deity is male, the other is female and, according to the religion, they were in love with each other. While the lay people worship both gods equally, the clergy is divided into priests who serve the male deity and priestesses who serve the female deity. At the top of the clergy are a High Priest and a High Priestess who serve as the mouthpieces for their respective gods. These two serve for life and when one of them dies, a replacement is found from the newest batch of priests or priestesses who are usually inducted into the priesthood at the age of twenty. Chastity is considered highly important to the priests and priestesses and virginity is essential to become the High Priest or High Priestess. Since this is a fantasy world, there will be magic spells for determining virginity for both the females and the males (the people who believe in this religion are all human, however).

The lives of our two main characters were very similar, albeit completely separate, until the fateful day when they met. Both either orphaned or abandoned at such a young age that they do not remember a life before being taken by the Church, they were raised in their respective areas. When they got older, they were given the choice to leave the clergy or to become novices and they both chose the priestly path. Both the most devout and the most obedient, they have been taught that any affection that goes beyond that of friendship, even if it is chaste and most certainly if it is not, will ruin their pure faith and destroy their chances of entering the priesthood. They are both model novices right up to their initiation into the priesthood.

As for our main characters, they find themselves plucked out of obscurity, placed in the Holy Palace, and expected to perform important duties--including having sex? Indeed, while the rest of the clergy is to remain pure, the High Priest and the High Priestess are expected to praise their gods by reenacting their love for each other in nightly intercourse along with highly ritualized sexual acts during high holy days. Still reeling from how different things are at the top of the ladder, they find themselves the targets of assassination plots and manipulation as various people struggle to gain power in the post-murder atmosphere and, in the middle of this tempest, they have only each other to cling to.

I am willing to play either male or female for this plot, so let me know which gender you would prefer to play and I will take the opposite.