Let's keep it short, sweet, and to-the-point. First, a little BG on me: I'm a 16 year-old girl living in metropolitan Detroit, Michigan. I'm home-schooled, so as you can imagine, I have TONS of spare time on my hands - meaning I'll be able to reply at least a few times a day. I will RP fandoms, but I also have a few original plots of my own. I'm looking for a M or F, it really doesn't matter to me! Alright, now onto the painful REQUIREMENTS!

1. Plot Cooperation. This one's a biggie. I prefer 50/50 effort as far as the plot goes - meaning you can literally take the plot and setting ANYWHERE you want - as long as its appropriate for the situation! Don't be afraid to take the reigns, because I certainly do not want to be steering the horse the entire time. (10/10 for that analogy)

2. Paragraphs, please! Seriously. I can't work with one-liners. I'm giving quality writing, so I expect quality writing in return. (Remember: It doesn't matter, just as long as you put forth effort!)

3. FUCKIGN NO SMUT JESUS. Okay, I lied. I'm not opposed to it, but I'm not exactly searching for it either.

Disclaimer! Although I DO RP in fandom universes, I prefer to use my OC still.

In a world ruled by humans, chaos and turmoil are inevitable. It's just like waiting for a rubber band to snap in half. This finally happened in 2030, when just as humankind was reaching a peak in societal advances, the entire world was besieged by a unified monarchy - the Sentinels. They were rebellions, rebelling against the entire human race.

The Sentinels didn't have the numbers to wage war, but they did have science - nuclear science. They built dozens of nuclear bombs and planned to destroy the entire Earth, cleansing it of it's "impurities" - the countries and their governments. They dropped six.

Entire civilizations collapsed, until eventually the world followed suit and mutated into a nuclear wasteland - except for one city. A city where the Sentinels ruled. An ivory skyscraper where the Sentinels dwell in its luxurious walls stands tall, and surrounding it for miles is the unchaste city made of pre-war ruins. Here is where the majority of Paramount Heights' residents live - in poverty. Because the lower-class, or the 'defectors' as the Sentinels have labeled them, live in such severe conditions, they often fall into the roles of criminals or mercenaries. They simply do not take back their city from the Sentinels because they remember what the Sentinels did and who they are - the destroyers of the Earth.
​
Excerpt from "We Won't Forget", Page 2​
​

"Paramount Heights was the greatest city on Earth, and now it is the last. [...]hypothetically, when I travel above the planet and stare back at it from the depths of space, all I can see are the ash and dust. Among that debris, however, is a small and faint glow. That glow is Paramount Heights, it's light shining through the blackened atmosphere despite all else being destroyed! [crowd erupts into applause.] That right there represents the spirit of this city and it's people. Despite the entire planet being in ruins, and billions of people being wiped from existence, [Paramount Heights] has lived on, not only to be the greatest city on Earth, but also humanity's greatest redemption!"​
Rowe, E. (2043, January).
Nationalization of Sentinels.
Speech presented at the Preservation of Sentinel Society,
Paramount Heights, Earth.​
Click to expand...

​
This address was given exactly ten years ago by Elizabeth Ann Rowe, the Chief of Authority, in Paramount Heights' city hall, despite the population decreasing, and the amount of theft, rape, murder, and corruption sky-rocketing. Thousands of people have fled the city, only to die off in the wastelands, and thousands more have been killed by the Sentinels. All while the Sentinels are dining on caviar and sipping their Château d'Yquem from diamond-encrusted goblets while listening to French records, making love on silk bed-sheets without a worry in the world, kept safe in this ivory skyscraper. Among these rich assholes is me, Raven Yung Floraine - the councilwoman's daughter. 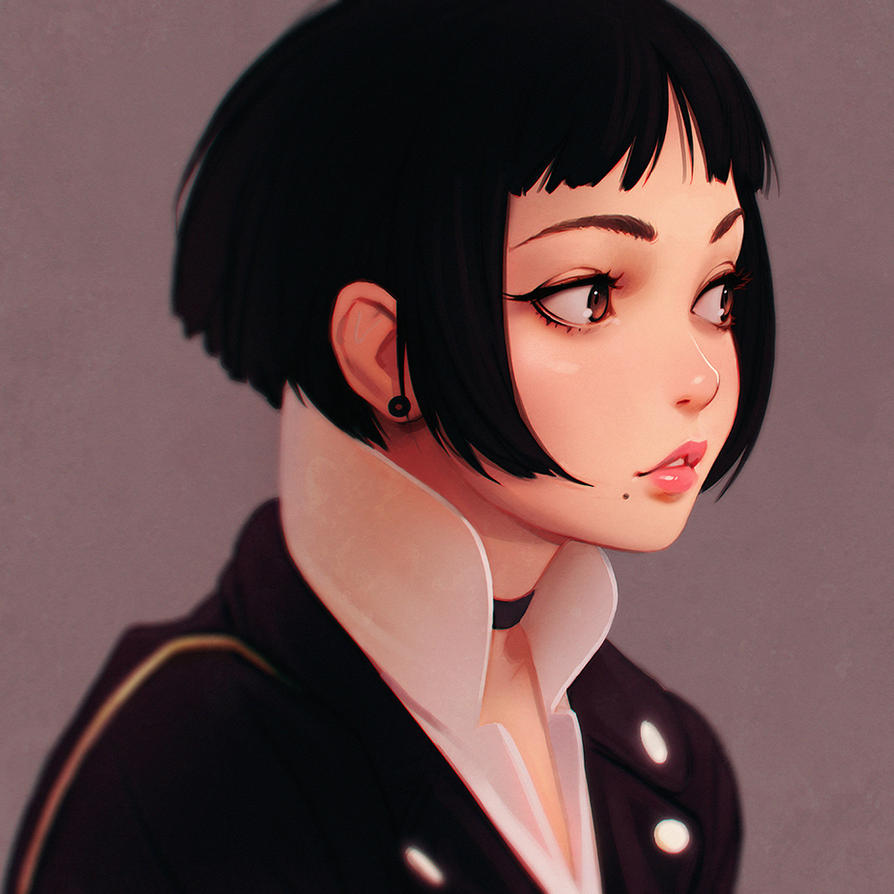 Raven "Yung" Floraine was born in 2036, six years after the Sentinel War. Born into the wealth of the Sentinels, she had never fought, struggled, or seen anything more dangerous than an under-cooked steak. Until she was twelve, when she witnessed a massacre committed by her people. That was when she realized that the Sentinels are a malicious and evil force, feared for a reason.
I've put up with these ignorant bastards my entire life, watching as we arrive on the brink of war with the "defectors". The Sentinels have been holed up in this tower since the war, and its only because they're too scared to venture into this city that they helped destroy, and much too prideful to witness the lives that they've ruined as a result. They're going to get what's coming to them.

I'm risking a lot, but I've decided I want to help. Defectors are not the savages the Sentinels make them out to be, and we both know it. They're stronger, and have higher numbers than the Sentinels do. All statistics say the lower-class could win this war - but then there's that problem. The Defectors are poor, and the Sentinels are rich. I know these people, and they will not give up their city and wealth and power without an unfair fight. They showed this during the Attempted Reclaim a few weeks ago. My records say you were identified among the Reclaimers - somehow you were the only one who escaped that massacre that followed suite.

I don't necessarily have a plan, but you have connections, and I have vast knowledge of Sentinel infrastructure. I know you may hate me, but don't do this for me - do it for your people and the city. If you're interested, I'm going to be in town square tonight, at midnight. It will probably be packed, but you can't miss me - I'll be wearing something costly. Soon enough, you will be too - if you decide to show.


​
P.S.
The Elite guard have been known for their brutality recently, as I'm sure you've heard. It is because they're likely getting very aggravated that they haven't found the sole-escapee of the Reclaim massacre. So, keep it on the down-low, huh? [A little happy face is doodled here]. Burn this letter.

❀ ❀ ❀ if you have any questions about my plot, don't be afraid to comment here or PM me! ❀ ❀ ❀​
​
Last edited by a moderator: Dec 1, 2015
Reactions: moffnat

Raven Yung said:
3. FUCKIGN NO SMUT JESUS! Okay, I lied. Smut is OKAY, but there needs to be a story built and a relationship between the two characters before any libertine can happen. I will NOT RP with someone who's only looking to get smut out of it.
Click to expand...

Friendly reminder! If you want a story to definitely have smutty scenes you need to advertise it in Liberteen! (I can move it for you if you like)

This is because Iwaku only allows members in the same age group to write smut (teen group has a blue star by their avatar, and adults have a red one!) this is for everyone's safety :3

If it's more of a 'not what I'm hunting for but I'm not *opposed* to it, then carry on, but know you may only write smut with other teens

Have a nice day~
R

Minibit said:
If it's more of a 'not what I'm hunting for but I'm not *opposed* to it, then carry on, but know you may only write smut with other teens
Click to expand...

I'm aware! Sorry, I probably should've made that more clear in my post. I'll re-write it, though. ❀ Have a nice day!
Reactions: Minibit 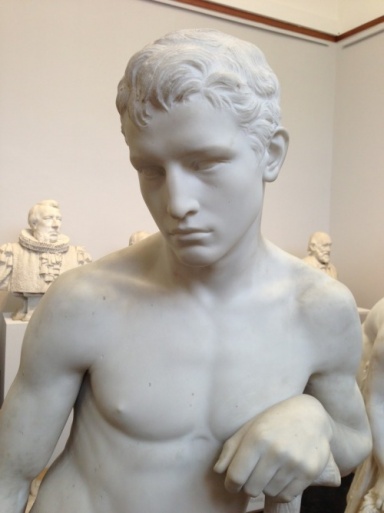 I love this idea! It reminds me of the movie In Time. If you haven't seen it, everyone is fighting for their lives in the city and the upper class are so wealthy they're basically immortal.

I'm female but I only RP males. I have on and off days; some days I'm a writing machine and others I can barely manage a paragraph, but I'll warn you if I feel writer's block coming on.

Game of Thrones? The Last of Us? The Walking Dead? Girl, you just stole my heart. PM me if you'd like to start something (I would link you to my partner request but I'm on mobile. You can find it in the 1x1 search section though if you want to see what I'm all about!)
Reactions: Raven Yung
R