The Wrong One Died
By Cyrus Wyett

"Never trust the quiet ones, you'll never know what they are thinking most of the time."​
That was what I always thought whenever I thought about Maguns Claudius Steele. First time I saw him, I knew something was off about him. He was quiet. Too quiet. As well as rather careful--too careful. But thanks to a little red bird we now know why--

"Magnus the Murderer!" (Catchy ain't it?) That was what the new red bird said when it tried to provoke the supposedly heir of Steele Industries. Uh-oh.

Well, I'm the type of guy that gives others 'the benefit of the doubt' or 'he is innocent until proven guilty' sort of notion--so I did my own digging. Well, turns out Magnus being a so-called murderer is highly possible, although there is a possibility that it might have been an accident. (Wanna help clear that out, Maggie?)

So who did Magnus kill?

Turns out, Magnus is a twin (or was a twin). He had a twin (older) bro by the name of August (Am I right, Maggie?). Apparently, August was the better healthy twin as opposed to Magnus, thus making August the favorite (no, duh. The guy was even named after the father). Anyway, the reports said that the two brothers had an argument before Magnus had "supposebly" killed August. And as a sign of truce (by August) the brothers decided to go ridin' on horses (awww). Who knows what happen during their yippee ki yay run but August was dead due to an injury to the head while Magnus hands were drenched in his brother's blood.

Thank God, that I am an only child.

Maggie! If ya want us to know yer side of the story. Let me know, kay? Just don't kill me.

Oh yeah. Shout out to the King! The games are really good this year. Good luck to the players! Ya really should think twice before replying a 'yes' to this years games. I heard Ashleigh is really doing well with his business this year.

Smell ya later! Cyrus out~
​ 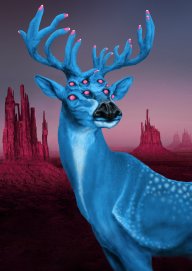 Or Marley, if you prefer.

Genres
My interests vary but I tend to enjoy fantasy and sciifi the most with modern/realistic roleplays also being fun.

Magnus's hands shook as he read the paper and in the end he found himself slamming it down on the table in front of him. This was outrageous. Cyrus had gone entirely too far and yet it was only the redheaded girl Magnus could think to blame. He wasn't a woman-hater, Magnus but this girls behavior was making him consider it. He could see the girl now, unnaturally red hair and mismatched eyes. Like a fox or a devil. Some unsavory creature that could only inspire contempt.

He forced himself to breathe deeply. His rage would have to wait. For now, the name of the game was damage control.

The night before, Magnus reviewed his options. The first thing that had come to mind was to sell his uniform. Even used, Magnus imagined he could make enough money in the transition from a blue uniform to a black one to at least recover his losses. The idea had disgusted him, but seemed the most reasonable. Now, however, with Cyrus's virus of a newspaper infecting the hallways of Imperial it was impossibility. He needed not only credits but a way to help rebuild his reputation and to do that he would need to align himself with at least one of the more popular, and richer, students. A loan was a possibility but in order to clear his name Magnus wanted to take it a step further. He would swear fealty to this person. Protector. Messiah. And so would become a loyal servant if, of course, they would take him on in the first place.

The choice was obvious.

Magnus readied himself, carefully arranging his hair and clothing. From Ashleigh, unfortunately, he would have to beg assistance but that didn't mean the rest of the student body would see him sweat. He left the dorm, his roomate still sleeping, and made his way towards Ashleigh's office.
B

Original poster
Richie woke up really early, 3am to be exact. He did his usual routine of brushing his teeth, exercising and scrolling down his news feed on his phone. None was up well who would post something that early in the morning.

A few hours later, Richie could hear blaring sounds of alarm clocks coming form Lucifer's room. Clashing sounds and the stop of the alam partnered by a loud thud came afterwards a signal that Lucy has just woken up. The door slowly opens a disarrayed caveman came out. Lucifer was not a morning person and without the help of his alarms clocks he would never wake up really early. He watched as the man groggily went from the bathroom took a shower and came out fresh, clean and most importantly awake. It was amusing to watch Lucy change from caveman to handsome every morning. "Good morning" Lucifer greeted Richie as he fixed his blue uniform. "Ready to go to Ashleigh's? He did say we're having breakfast with him" Richie grinned though taking his bag standing up his seat watching Lucifer nod and follow suit.

It was almost 6:00am by the time they got to the student lounge Richie felt his phone ring an indication of a new report from Cyrus "Magnus the murderer..." he mumbled stopping from his tracks reading the article. It was not common to see articles like this made by Cyrus. Though he doesn't interact with Magnus a lot, he felt curious of what Magnus side of the story was.

"Another article again..." Lucy scowled he also received the same thing on his mobile device but he never really care for them, he just feels sorry for the person in the article, the outcome for the person in them is always bad. "Let's get in it's almost time" he nudge Richie and knocked at the door "Elliot" he called out entering Ashleigh's private room.