Original poster
~An original roleplay of mine reposted on here from another roleplay site. If you have any ideas to advance the plot, or to give it some twists, post in OOC or message me :) All ideas and suggestions welcomed and appreciated~

What if you could erase a person's memory with a simple touch? Or manipulate a person's senses? Or sway their emotions? What if you had power over the mind? Now, you do. You didn't know about your abilities at first, but then strange things started to happen around you... accidents happened, but you had a feeling something larger was going on. Something that had to do with you. These strange occurrences, these accidents, somehow, they were your fault. Some of you start to experiment to see what you can do, to try and understand it, but things don't always go so well, and you're found out.

Tracers (pretty much soldier-like bounty hunters) come after you, and you're forced to flee. You're a freak who shouldn't exist; a danger to society, they say. Really, though, they're just scared of you. You keep running, trying to find others like you, because you figure they're the only ones who would accept you, and that maybe, just maybe, you'll find someone who can teach you how to control your abilities.

After travelling from place to place for a while and hiding out, you hear through the grape vine that there's a place you can go. A place where you can be safe. They call it Arzura: The Illusion Academy, though it isn't actually a school. It's more like a safe haven and training camp bundled into one, though there are some normal classes... not many, though. Overall, it's a place where the tracers can't follow you, a place where you don't have to keep running, a place where you can be safe with others like yourself. Or is that all just an illusion as well? You head for the Academy, thinking the offer too good to be true, but it's the only place you can go right now, the only hope you have, so you go. And that's where your story begins.

Abilities:
• (0 players so far) Eraser: Has the ability to erase a person's memories. Usually they can only erase themselves from someone else's mind, but if they are very strong or talented, can do much more. It's an ability that can be hard to control.

• (0 players so far) Illusionist: Has ability to manipulate one or more of the five senses (ultimately all five). It takes lots of practice and mental training to be able to maintain sensory illusions. This ability requires more concentration than any of the others and is difficult to master.

• (0 players so far) Manipulator: Has the ability to manipulate a person's emotions or emotional drive. Their own emotions can easily affect someone else, and manipulators can sense or read other's emotions. This ability can be overwhelming for the inexperienced user and can be difficult to get under control.

• (0 players so far) Whisperer: Has the ability to place thoughts or ideas into someone's head. It's kind of like telepathy because the whisperer is literally whispering a thought or idea directly into someone's mind. More skilled users don't have to verbalize anything and can work completely from the mind, but inexperienced users have to verbalize the thoughts or ideas. They're great at persuading. The ability is easy to control (after a little practice), but can be difficult to master.

• (1 players so far) Listener: Has the ability to read thoughts and see memories. Listening to thoughts is simple, kind of like you're just listening to someone talk, but seeing memories is a little more complicated. When viewing memories, the experience of the person becomes your experience as well (you're seeing it through their eyes). Many inexperienced users would say the sensation is like getting swept up into a tidal wave, but much more experienced users would say they've learned to take control of the wave and "surf". This ability is very hard to control.

((There are ways to block people from touching your mind, or pushing them out of you mind, usually by imagining and picturing images in your mind such as a white curtain, brick wall, or hands forcing them out.))

((When someone tries to touch your mind (aka uses their ability on you) or you try to touch theirs, there is a tingling feeling at the back of your neck/base of your skull. Sometimes can be unaware of the sensation.))

CS:
Full Name:
Nickname: (not required)
Age: (15 to 19)
Gender:
Sexual Orientation:
Appearance: (if you want to give a description, that's fine, but please accompany it with an image -no anime this time)
Ability: (abilities are listed above)
Personality: (doesn't have to be extensive, just the basics. Characters develop inside an RP, after all)
History: (can be as basic or as in-depth as you like, but no "he has no memories" or crap like that)
Extra: (any little extras about your character, for example, any little quirks or habits they have)

Post your characters here, and wait for approval before posting in the IC thread (https://www.iwakuroleplay.com/threads/illusions.116241/)

Discuss the plot and ideas.

Talk about whatever.
E 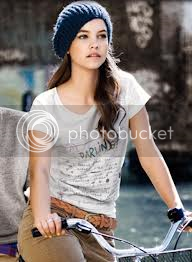 Personality: She's quieter, but she isn't shy. She's somewhat blunt. She's layed back, but hates when people touch her or get too close. She has a high awareness of her surroundings, so you could say she's observant, though she'll sometimes zone out.

History: Growing up, Lexi had what she thought was a great life with her parents and older brother. That is, until her abilities showed up. A few months ago is when it started. At first, when she would come in contact with people (and sometimes even without physical contact) she would hear their voices in her mind. That's when the picture of her happy family and social life shattered. She heard horrible things from her family and sometimes even worse from people she thought were her friends. Everything she heard seemed to echo in her mind, and soon, she couldn't decipher between what was being said and what was in her mind. She started to answer and respond to things people never said out loud, and they started to call her a freak, some saying she was crazy. Things only got worse when she got swept into someone's memories for the first time. With a single touch, she was sucked into their mind, seeing what they saw and feeling what they felt. Though it felt like hours, in reality, the whole ordeal only lasts a split second. Her reaction to the visions, jerking her hand away and either falling or jumping backwards feeling completely drained, freaked people out, but not as much as her glimpsing people's memories and hearing their thoughts freaked her out. Soon, she started to avidly avoid physical contact because she couldn't control her abilities to stop herself from entering people's minds. Her personality changed some, and people really started to think she was going insane. Her parents were going to send her to a mental institution, when a news story about kids with dangerous abilities was broadcast, and that if someone you know shows any signs of having these abilities, to call some government number. She picked up a phone, listening in on her parents' phone call, and heard something about tracers and taking her away for the safety of the public. Her parents agreed, and Lexi fled before the sun rose the next day. It wasn't easy, and she almost got caught a few times. When she heard about Arzura, she started to search for it, and while she did, began to be able to block people's thoughts out and pull herself away from their minds, but only succeeded half the time if not less. She ran into a couple of others who had abilities and were also searching for Arzura. They supported each other, and finally, finally found it, and it really wasn't what she was expecting.

Original poster
(Only character who can have unknowns)

Nickname: Pretty much whatever the "students" call him. 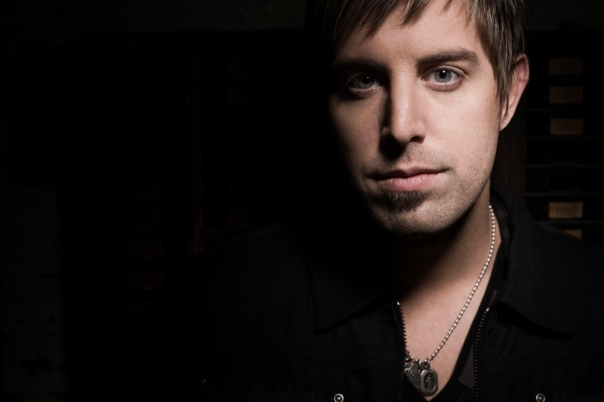 Personality: He's a mysterious guy who can be pleasant or cold seemingly randomly. He's kind of creepy because he seems to always know things, and people can't touch his mind. His true personality and thoughts are a mystery to those he interacts with.

History: Dr. Mason is the man responsible for the creation of Arzura. At first, Arzura was a research institution created to experiment on the extents of the human mind, but then something unspeakable happened, and the research ceased operation. After the research was abandoned, Dr. Mason started a complete reconstruction of the institution into Arzura: Illusion Academy. No one knows much about him, or his true intentions of creating a safe haven for the "freaks", as they're often called.

Extra: For some reason, no one can touch his mind no matter how strong they are or how hard they try.
✩

I will write out the CS later
E