If The Power Rangers Origin Story Was More Realistic 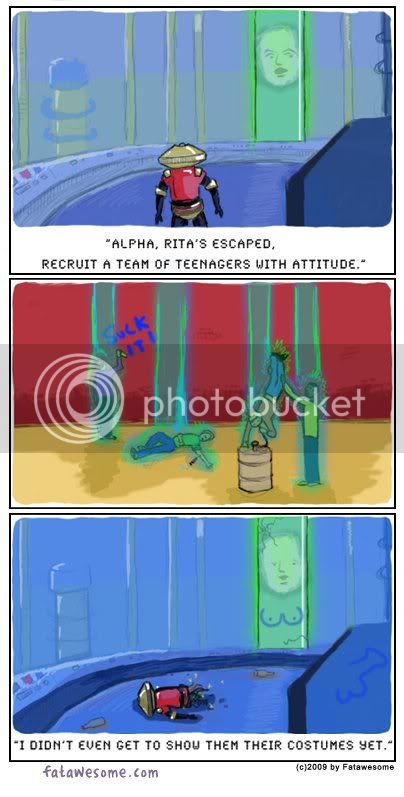 Amen to that.
R

My favorite Ranger is the dead Yellow Ranger.

Wait, she died?
I

Yeah, she died in a car accident
R

Trini/Yellow Ranger: Died in car crash in LA on route to serve as a bridesmaid .

Billy/Blue Ranger: Disappeared. Apparently hated the rest of the cast for harking on him being gay. Also, built like a tank because he's a better gymnast than Amy Jo Johnson.

Tommy/Green Ranger/Jesus Ranger: Continues to teach martial arts, using his Power Ranger stint as an ad gimmick. Gained about 50 lbs of muscle and joined the competitive MMA leagues. He's gigantic and covered in tats now. I heard him speak at ACEN a few years back, and he's actually real pleasant.

The green ranger also played an important role in Dino Thunder, one of the more recent power rangers series.

There's not many better mentors for new power rangers than him.
F

The only red ranger I recognize is Tommy. Seriously thought, even though he was a rather cheesy actor, he's a mothafuckin' BAMF. Turbo served as his glory days. Up until 2006 (as far as I know) he did guest stints and played a roll as a mentor in one series.