Original poster
Protectors of The Princess's Crown : The king has died (died in battle, a sickness or what ever, he just has to die xD) and it's up the his only daughter to rule the kingdom. She basically has the duty thrust upon her. Even if she is reluctant or not and still mourning the death of her father. Once she is crowned queen, elders of the council advise that she go traveling in a caravan, to other countries and kingdoms to make alliances with them. So one day if war breaks out they will have enough aide. The princess agrees to do so, for she really didn't want to sit on the throne anyways or be in the castle for the matter, since she is still mourning the death of her father. The elders have told her they have already chosen her body guards for her. The next day she is ushered off, with both men a head of her, while she has a caravan of knights behind her as well as things needed for necessity. One body guard is an Elf actually and the other is a creature of Darkness, a vampire . And the princess doesn't like them and isn't very fond of them, so she will not listen to them even when they are trying to give her words of wisdom and she ends up getting kidnapped....

I need someone to play the princess.


Stowe Away: A young female runs away from her abusive home, tired of how she was being treated. In fear that they may find her, she leaves once everyone was in bed, and runs as fast as her legs could carry her. Seeing no where to go, having no money, she stows away on a random ship that she picked out of the ports of the town. She unknowingly chose a pirate ship and wakes with a start the next morning when the crew grabs her and takes her to their captain and unknowingly she chose the wrong pirate ship, she chose the ship of the most wanted pirate of the seven seas. At first he throws her in the brig, where she commences to make such a noise. the captain gets tired of it and decides to make a deal with her, if she stops making such a noise he will let her out of the brig, as long as she becomes part of his crew. Once she agrees, he frees her from the brig an unknowingly she starts out on the adventure of a life time.

I need someone to play the female
Last edited by a moderator: Oct 22, 2015

I may be interested in that first one. O.O
D

Original poster
ok, just let me know if you wanna do that one or not. 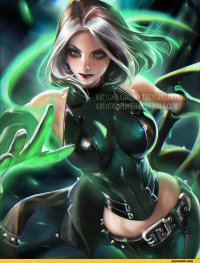 Online Availability
Mostly day but sometimes night due to work

Hello there,
I wouldn't mind doing number one. It sounds very fun and something that would be fun to play as. If you want to talk more we could talk in a pm? Just let me know. Thank you
D

Original poster
Ok sure! You can send me a PM!

Mmm... Darn. Maybe I'll come up with another plot you may like.
D

Original poster
So would you like me to send you a PM?

Sure, it'll be a day or two before I am ready to start, but we can certainly talk things out until then.
X

Original poster
I would love to play the second one!!!
D

Original poster
ok, want me to pm you?
X

Original poster
I mean if you want, I could pm you I don't mind >_<
H

Original poster
The second one sounds really fun to me also. I don't know if you have to many roleplays going on now though. I have some ideas too if you want to do something other than these two plots you have. :)

I would be interested if you are still searching ^_^

I would really, really enjoy roleplaying the first one if you still have an open role! It sounds right up my alley. PM me if you're still looking :)
M