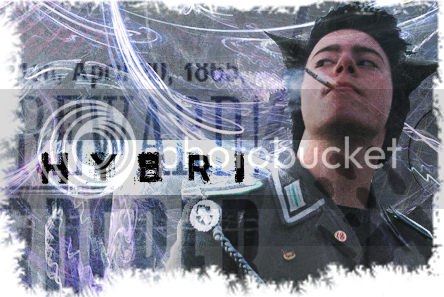 [rules] [plot] [FAQ] [about hybri] [about P.A.G.E][/align]
A few decades ago, the rich and famous found themselves at a loss for the next big thing. Clothes and diamonds just weren't cutting it anymore. It was only then that a group of millionaires took their checkbooks to the world's greatest scientists with one request: Give us something amazing. The result was a unique process that combined human DNA with any animal DNA imaginable. There was no harm done to animals in the process, meaning even endangered species were up for grabs, for the right price. Wealthy families sought out the rarest animals possible, while others settled for simple house cats. Either way, the new procedure caught the world by storm. Soon, Hybri, the name given to these hybrid humans, were popping up in every country.

Now, in the year 2250, there are more Hybri than humans. This is particularly due to Hybri being able to mate with humans, with the offspring being Hybri themselves. Big bucks are no longer required to get a Hybri child, although some still opt for the procedure. It helps that humans are looked down upon as well. Humans lack the heightened senses possessed by Hybri, and thus the power they exhibit. Of course, not everyone thinks this way. An international rebel group, known as People Against Genetic Engineering (P.A.G.E.), is constantly pressing humans to take action, though they rarely make progress.

Instead, humans and Hybri alike are focusing on an alarming occurrence. Hybri around the world are falling ill without warning. Vomiting, headaches, and blackouts characterize the disease in its early stages. As it progresses, violent outbursts and claims of hearing voices are reported. Some suspect P.A.G.E. is to blame, but for now, doctors are more concerned with finding a cure.