So I'm new here, and I wanted to introduce myself. Awkwardly, more than likely. As stated, I'm Zoe (pronounced Zoey but not spelled like that). I'm new to the site, but not to RP. I've been RP'ing for quite a bit. I like all kinds of RP's, and all kinds of genres, and I'm okay with sexual stuff.
So here's my lil question thingy, just for kicks!

What do you prefer to be called? Zoe!

How old are you? Well that's a little rude.. Let's say I'm old enough, one of the first movies I ever saw in theaters was the original original release of Star Wars episode 4.

Are you new to the site but not to roleplaying? Yep, exactly. I've been RP'ing for a while now, starting in Yahoo! chat user rooms.

Do you like group Roleplays or just a single partner? Love groups, especially smaller groups. But I've been known to do one on one on occasion.

SING IT OUT LOUD! What song is tormenting your mind? Satellite by Dave Matthews Band is currently playing.. on my iTunes and in my brain.


So what else.. oh, i am looking for RP and RP partners, of course. Also looking for some pals, comrades, things of that nature. I only really use Yahoo! Messenger.. my ID is Camleen4242564 if you wanna hit me up.

So that's it! Thank you for your attention! My RP resume thing is all filled out, so please check it out if you're so inclined! 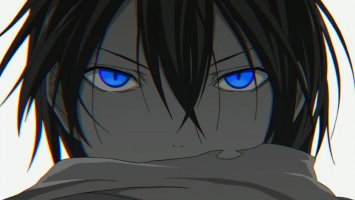 Welcome to Iwaku Zoe~! hope you have a blast on this site~!

Camleen said:
Let's say I'm old enough, one of the first movies I ever saw in theaters was the original original release of Star Wars episode 4.
Click to expand...

This is very important, and I will judge you.

Regardless, welcome to the site.

This is very important, and I will judge you.
Click to expand...

Chewie needs to find him and beat the crap out of him. Just sayin.

And thank you to everyone for the warm welcome. I really look forward to getting my hands in there and doin some real RP!
S