How to Melt a Frozen Heart 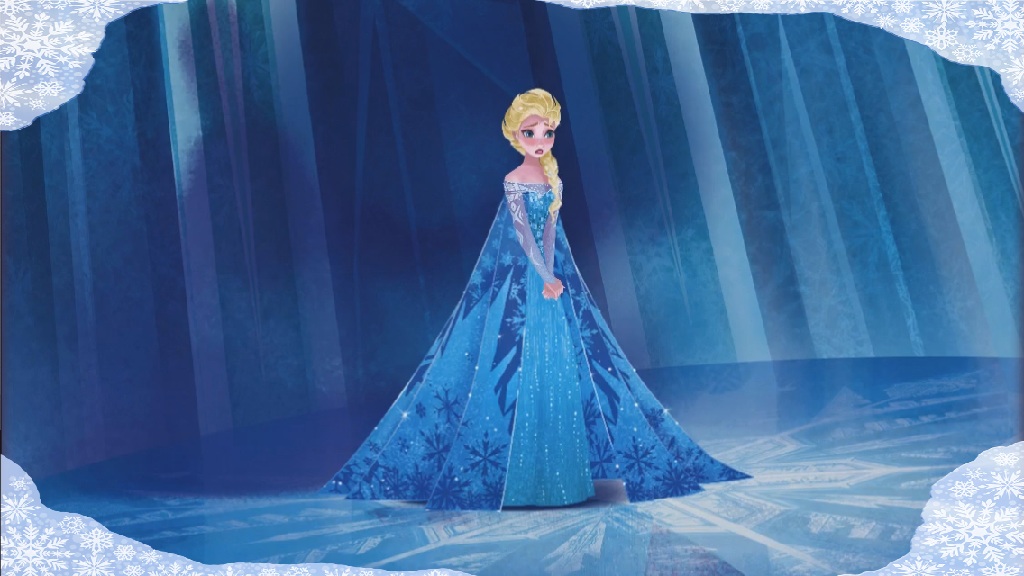 Other: Elsa, despite keeping her sister out of her life the last couple of years she had been able to see her, deeply cared for Anna, only shutting her out to keep her safe. Now she hates herself for what she supposedly did to Anna and in turn, tries to make up for what she did by attempting to keep her kingdom safe and happy. Little does she know though, that her kingdom is suffering under an icy wasteland and at the hands of her 'trusted advisers'.


"Everything is fine my queen. The kingdom is prospering, children are happily playing in the streets, there is close to no crime at all. You are ruling the perfect kingdom." Queen Elsa's main advisers filled her in on her kingdom, and what was going on outside of the castle walls, as she told him to do every day. Since she couldn't go out to see it for herself, she had to hear it from the mouths of her advisers. And of course, she had no reason to doubt them. Why would she? If they said her kingdom was doing wonderfully, then she believed it was doing wonderfully. And she was quite satisfied with that.

Sighing, the young woman nodded, absent mindly brushing a strand of long white hair from her face, "I'm glad to hear that. As long is my kingdom is doing well, that is all I need." With those words, the queen motioned for the advisers to leave her room as she walked over to her balcony, feeling at least some what relieved if her subjects were doing good. She really did care about the people in her kingdom. It was the whole reason she had made herself a prisoner in this beautiful, yet cold and isolated ice palace. She did this so she wouldn't harm any of her citizens. She would not allow any one else to fall to the same fate as her sister.

Oh, Anna. How could she have let such a thing happen? How had she allowed herself to loose control like that? Now her sister was dead, because of her. Looking down at her hands on her balcony railing, her normally emotionless and cold eyes grew sad and closed tightly to fight the emotions she knew she could possibly let loose. Her hands clutched the railing tighter and ice began to slowly spread over her balcony against her will. She opened her eyes and slammed her fists down on the railing, the ice shattering. She huffed and wrapped her arms around herself, white hair hanging her face, and braid blowing in the wind and snow that had begun to blow in reaction to her powers.

She had to stop thinking about this, before something bad happened. She couldn't let another incident happen. She just couldn't. She held her hands tightly against her chest and felt a wetness touch her cheeks that could only be recognized barely as tears before they froze and dropped off. Clenching her teeth together, she quickly in frustration wiped the frozen tears from her cheeks before stalking out of her room. She just had to find something to occupy her mind. Yes, that was it. Something else to keep her from thinking about the horrible things she thought she had done the night of that ball.

She walked about the castle for a bit, before deciding perhaps would be a good time to find a book to read. Perhaps she could take it into the court yard and read in the snowy air by the fountain? That sounded like a lovely idea.

Walking into the parlor of the castle, she made her way back toward the stairs that would lead up to her tower room, when a loud rumbling reached her ears. Confused, she turned and gasped when she heard something loud crash near by. She looked wide eyed to see her advisers rush into the room, the lead adviser speaking quickly.

"You're Majesty, I suggest you go to your room while we go out and inspect--"

The adviser didn't even get to finish what he was saying before another loud rumbling was heard and this time, it hit on mark. A huge boulder smashed into the side wall, making Elsa quickly have to dive out of the way to keep from getting crushed. She gasped, fear written on her face as she scrambled to her feet, ice already starting to spread from where she stood.

In from the opening of the broken wall, came a mob of angry people running in and heading straight for her with swords and other weapons. Confused and completely frightened, she threw her hands out without thinking and the people froze over, becoming icy statues. And when more came, she did the same to them without even thinking, her body trembling as she unthinkingly summoned her ice golems using her magic, the giant creatures forming from the fresh snow on the floor. Her eyes searched for some kind of escape, but unfortunately, the boulder that had smashed into the parlor had also crushed the stairs that lead to her room and was blocking the doorway to it. She was stuck with no where to go for the moment. Another group of people came in, just as angry and violent as the others. Most of them, like the others, were frozen almost instantly, thanks to to the fear they had struck into the queen. One though had managed to escape her icy blast by hiding behind a pillar and soon he was at her, diving and thrusting his blade forward from his lower position, but just as it touched the queen's neck, just as the tip of cold steel that was his blade touched the edge of her pale, soft skin, the blade shattered, frozen so much and so fast that it actually exploded, leaving only a handle with his hand frozen to it. As quickly as that happened, the ice on his hand spread up the man, leaving him frozen in place in front of her.

Elsa stumbled back and stood against the wall, looking on in shock and a huge amount of fear at not only getting attacked by some of her own citizens, but also the fact that she had FROZEN someone. A whole lot of people actually. She trembled as she stood there, so confused. What was going on? Why had people attacked the castle like that? Everything in the kingdom was fine! People were happy! The kingdom was prosperous! What reasons would they have to do this?! She touched her neck where the tip of the sword had touched her, and was relieved to find it hadn't cut her. It seemed she had frozen the thing just in time. Around her she could hear her ice golems shattering the frozen statues around her. She wanted to tell them to stop, but she knew even if she did it would do no good. The people were already dead.

Guilt ran through her and she could fell ice start to spread from her. She quickly moved away from the frozen man in front of her and turned away from the other statues her golems were crushing as well, trying to calm herself down and keep from freezing everything else around her. She took a few careful deep breaths but it seemed she wasn't even going to get even that much time to calm herself because soon another wave of attackers was coming in. She turned wide eyed. Just how many people were going to come after her?

Trying to get herself under control and not freeze anyone else like she had the others, the queen decided her best course of action would be to run. Get away from all this before she was forced to defend herself and likely destroy more innocent lives. And so, the young woman turned, trying to run and dart between her ice golems that had began attacking the people coming after her. And for a moment, she though, perhaps she could get out of here. Maybe head up to her room and barricade herself there? It was a thought. Yet, as she raced for her stair case once more, plans to rebuild the ice and find a way to her room, she stopped in her tacks to see, above her as she ran, the icy chandelier above head being shot at and the rope hanging it there cut by the arrow.

Gasping in fright, the queen started running again, though, had just barely dove out of the way, sliding onto the icy floor painfully, the icy world around her as well as all the fighting seeming to fade away as her vision blurred and young woman fell unconscious, at the mercy of those that had attacked her castle.
Last edited: Sep 14, 2015

Other:
Although Anna sister has a strange power that is unknown and very uncommon, Anna has never pushed her sister away
She has accepted her with open arms, until the night when everything fell apart
She was deviated when she was banished from Arendelle, but eventually made her way out to start her life over.
[/spoili]
​
"Anna, you will do as I say! Just listen to me!" It had always been the same. Follow Elsa's rules, listen to Elsa, behave and do as Elsa says. For her entire life she always had to listen to what her elder sister said to do. Don't get her wrong, Anna loved her sister very much. Even after she began to grow apart from her. That didn't stop her from still attempting to get her siblings attention, but it always failed.

Finally the doors were open though. Today, was the day. She would breath fresh air, meet new people, eat huge sandwiches and maybe even fall in love. She knew that her sister was surely against that last part. Ever since the incident... She never even spoke of love. In fact, she never even spoke. At least not to Anna. Anna had grown use to to pictures on the walls. She had turned to painting or reading, even just simply daydreaming about the world past her four walls.

But none of that mattered now. Now was the time when he sister came from her room and was crowned queen of Arendelle once and for all. Anna had her beautiful dress on and the day went by in nearly a flash. She had met a man. A man she thought she loved. She wanted her sister to be the first to know about their wedding... but.. she didn't take it that well.

A thud made Anna's heart race and her eyes fluttered open. A dream... A dream... It was all just a dream... She sighed as she pulled a strand of loose hair away from her eyes and tucked it behind her ear. Every day since she had left Arendelle she had that same dream. She was foolish to believe it was real again, but some part of her missed it.

Yes, the pain was unbearable, and nearly impossible to stand, but Anna knew that if she was able to see her sister again and her sister still loved her, she would learn to live with that pain. But sadly, that didn't seem likely.
Show hidden low quality content
You must log in or register to reply here.
Share:
Reddit Pinterest Tumblr WhatsApp Email Share Link
Top Bottom