How and when to enforce strict GM rules

Weaving epic stories together, engaging in silly OOC banter and making new friends; all great things that stem from from the roleplaying experience. Being a social experience is what makes roleplaying so great.

Unfortunately sometimes, conflict arises between roleplayers. This can quickly turn a great experience into a frustrating one. This article aims to inform you how to best deal with conflict as a GM. Though if you're a player, this might be a good read for you also.


inB4​
First, let me cover a few basics. A lot of this will sound like kindergarten all over again, but bear with me. While most of this is simple in theory, in practice this is where a lot of people simply go wrong.


Most of the time, conflicts start out as little disagreements with little to no actual relevance or impact on the RP. Before addressing any kind of disagreement, ask yourself; how much does this even matter? Does it impact the consistency of your world? Does it impact player relations? Or is it just a minor annoyance you can get past with one or two deep breaths? Just because Jimmy wants a red scarf when everyone else is wearing green, doesn't mean they will ruin the RP by doing it. Sometimes it's fine to give in just a little, because that will make people feel their ideas are important and that as a result they are more likely to become an integral part of your RP.

So, before you put down the foot, always ask yourself; does it really matter?​
People Have Feelings Too


When you're interacting with people you are dealing with an emotional being. They have sensitivities. They experience joy, grief, anger, just like you. This may seem obvious, but I do feel a need to ram this down your throats because in practice a lot of inexperienced GMs forget this. People are affected by your tone, the atmosphere in the OOC, what is going on in their lives outside of your RP, etcetera. You're not just dealing with the problem a person brings up, but also with the person. Always keep this in mind so you can diffuse the situation with as little drama as possible. That is the best for everyone in the RP.​
Y U NO DRAMA


People are social creatures and we enjoy forming groups based on interest and similarity. Having a lot of drama can do one of two things; tl;dr Avoid drama where possible.​

Dealing With It​
Now to actually get to the meat of it all. There is some kind of trouble and you need to step in. What do you do?

Step one; CALM THE FUCK DOWN!


It's frustrating when troubles are brewing in your game. I mean, you put a lot of effort into crafting your game and invested a lot of yourself in the small community around it too. I get that. Whatever you do, however, do your best not to take this personal. Emotions are volatile and you don't want yours to explode. You're the GM, you have to keep the ship from sinking. How are you gonna do that when you lose your train of thought? So when you feel frustrated, take a deep breath, get yourself a beer or snickers bar, count to ten and make sure you're calm before you respond to the problem.​
Mind Your Tone


Not just your emotions can be volatile, as we discussed in our inB4, others too have strong emotions. You have to address the problem at hand, no question about it, but how do you do that without lighting any fuses? Even if you yourself are calm, it is still possible for people to interpret your message as aggressive. A simple, common solution is to, instead of primarily addressing a person's action, address how it made you feel. For example, rather than saying;

"That was godmoding! That's unfair! Change it!"
Click to expand...

"We all want to get our shots at being awesome, if you could change your post to allow the others a bit more freedom, that'd be great."
Click to expand...

In my experience the results are drastically different. You're not attacking a person, you're asking them for cooperation. It takes a little more effort, but most people respond to this a lot better. Everybody fucks up sometimes and others just need a little more time to learn the hang of your roleplaying conventions. Don't worry too much about it and try to be supportive to all your roleplayers. This helps them improve and promotes a friendly and supportive atmosphere in your RP. Just make sure you clearly lay out the problem and what need be changed. You need to be both supportive and clear in your communication.​
No More Mister Nice Guy


There are times when a player simply persists in causing trouble. Or maybe the person responds very negatively to you. If someone repetitively shows bad behaviour, even after trying to solve the situation in a supportive fashion, it might be a good plan to be a little more forceful.

Keep in mind that you still do not want to come across as aggressive. Chances are, that if you write an angry post, it will read more like this than sound how you would imagine it. That's the last thing you want. Instead, try something amongst the lines of this;

"Hey listen, you have godmoded in X post and Y post. I've addressed this before in Z post. Godmoding isn't acceptable in this RP. I'm going to have insist you change this."
Click to expand...

Don't show any of your emotion in these kinds of messages and don't threaten anyone; that will only cause everyone involved more grief. Do try to be as clear, topical and concise as possible. Keeping your cool is important, as it will help solve everything as efficiently as possible without any other spats. Violence only beckons violence. State what is going on, where it's going on and that it has to stop. No more.

You may note this measure no longer follows the conventions I've described in the above chapter. This is for one very simple reason; you don't want conflict to drag on longer than need be. It's ruining everyone's fun after all. If you've given someone a fair chance; you've been fair. If they refuse to adapt or start a fuss after that, you may ask them to leave the RP.

"If that is how you feel, I have to ask you leave the RP. Good luck with your future endeavours."
Click to expand...

Again, be clear and concise about this without giving them cause or ammunition to cause a fuss. Take the high road. If they continue to cause trouble after that; use the report function and the staff will most certainly handle it. If someone has shown they disrespect your word as a GM in your thread, there is no use talking to them anymore. Don't waste your time and energy. Use the report button.​
Other​
Lastly, here's a quick few notes;


If one person is godmoding or being a dick, chances are your other players are going to be aware of this. It's even possible they will try to have their say too, or maybe they feel like they're the ones being violated. Ask for calm in the OOC, inform players, perhaps even per PM, that you're on it. When someone does need to vent, ask them to do it to you in private. If players start attacking each other, that will negatively impact the atmosphere in your RP, and we don't want no more drama. Respect people's feelings, for sure, but try to diffuse a situation before it explodes. And when a situation is resolved, make sure nobody dwells on it for any longer than necessary. A positive atmosphere is key to a fun RP. Lingering resentment is not.​
Options


While this article should provide a decent base for anyone not knowing how to well defuse a situation, keep in mind that this is not the only way. You may have different values or personalities or ingenious ideas and social skills. What is important is that it works. This is simply my experience, but there are always other options.​
And that's all. Kestrel, out.
Reactions: Vars, Hana, Minibit and 11 others 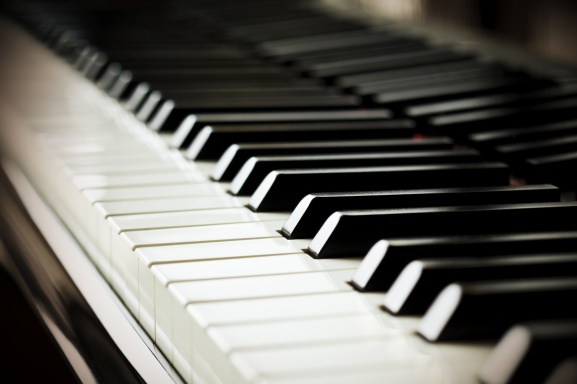