Eric Sullivan has always been a bit of a playboy. He had what he called 'pets'. Pets were basically his sex toys, who he would never really fully commit to. You see, Eric didn't do relationships. Relationships were....sticky, to complicated,and he didn't want that kind if drama in his life. All he wanted to do was party, have sex, and just live his life without a care. And he always had different pets for every day of the week.

Monday was a cute guy named Trent. He was a student teacher, and Eric thought he was greatat giving head. Tuesday was a girl named Gisele. Beautiful name, beautiful girl, and awesome tits. Wednesday was another girl name Paris. She was crazy. But crazy girls were always good in bed. Well, that's how Eric saw it. Thursday was Davis. Davis so gullible. And he was adorable, and he was a great kisser. Friday was Kyle. Kyle had a banging body, and a tongue that worked like magic. And Saturday? His favorite. Aime. Aime had always been his favorite. Usually he stopped seeing his pets after a week, and get a whole new team of pets. He still does, but Aime's been on his 'team' for two months now. Aime was a good all around pet. And he was actually fun to talk to. His other pets? Whenever he started a conversation with them, they would always start talking about having a long term relationship. Aime, his cute little Frenchman, knew not to mention a thing about relationships. And he knew a lot about Eric. It was nice to actually have someone know things. Like his biggest secret. Eric was a vampire.

Eric was vampire, but not many knew only the few that worked with him. You see, Eric worked in a shop called, The Dollhouse. It was a host type club, where he would entertain people. They would pay to speak with him, and he would just talk back. That's how he met his pets. Even Aime. Though Aime worked there as well.

Currently, Eric was sitting on Aime's couch, smoking a cigarette. He was barefooted and shirtless, only wearing jeans. His long black hair sat on his shoulders, as he slowly released the smoke from his mouth, watching tv. Lazily looking at his phone that had pinged, he grimaced at a text that Gisele sent. Didn't she know today wasn't her day? Ugh, he was going to have to get rid of her, she was getting clingy.
Last edited by a moderator: Sep 14, 2015 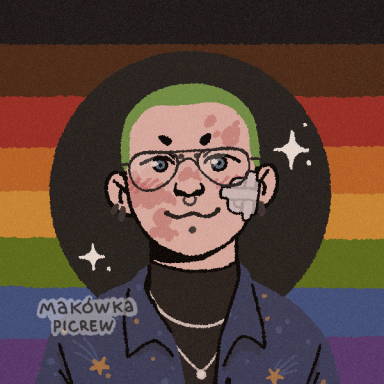 And there, besides Eric, sat Aime. Aime wasn't the normal "pet" like the others, no. Sex wasn't really his things, and for him? The same rules applied to Eric as did all his guests. No touching unless he consented, and he only saw the other when he allowed. Simple rules for a simple couple. That's how it had been for a month, the only difference between his job and this was that they spent time together outside of the Dollhouse, occasionally meeting at his or Eric's home- though the boy preferred his.

Why? Because, being a ghost, it was more than difficult to leave the home of his murder. Just like the rest of his life, simple. Being murdered and not knowing the fact may be obnoxious, but he had to fill his time somehow and The Dollhouse was just in his range of being able to leave his home. With his cute, boyish appearance and humbled personality, he was able to play off his pastiness by simply saying he was sick, which often earned sympathy from both girls and boys. And with that came money, which he would promptly used to donate to charities. He had no use for it, after all.

Glancing over at his favorite, he gave his cock smirk, winking a bit before shutting it off. "Anything for ya, babe." He mumbled before relaxing back into the couch. "Mmm, did I ever tell ya how comfy this couch is?" He mumbled with a smirk, before peaking an eye open to peer over at him.

"Did ya make amything to eat? Like those yummy sandwiches you always make for me~?" He purred standing from the couch before walking over to the rocking chair. Putting his hand on either arm of the chair, he leaned down, close in to place a sweet kiss on his cheek. He knew Aime said no touching unless he wanted it, but it was just a simple kiss. Eric always stole a kiss or two from him.

Offering a soft coo in respose, he pulled away once the kiss ended with a soft smirk of his own. "I'm not your maid, Eric... but yes, I did. They're in the cabinet, if you'd like. But I swear, I can't keep making food for you. Blood is hard to get, and I don't want any more jelly out of it because you've got a picmy appetite. The least you can do for it is give me something in return."

As he blabbered on quietly, his small hands reached to gently entwine Eric's. He may seem cold when it came to whatever they were, but the occasional tender embrace or touch did feel nice now and then
O

"Thank you Aime, your the best~" He smirked, winking at him. "And if I supply you with the blood, would you keep making them. You make them so yummy and good, I don't think I could live without them~" Whined the man as he pouted, getting to his knees to lay his head on his lap, wrapping his arms around his waist. Eric often cuddled with him. He liked to cuddle the small ghost. He was so sweet, and nice to cuddle.

"I wouldn't have to make you them if you learned out to cook, you know..." He scolded, thiugh ran his hand affectionately through the other's hair nonetheless with a soft hum. "Honestpy, even YOU can make a simple sandwich. But I'll do it for a little longer, just for you okay? But you owe me BIG time."
O

"And I could pay you back, any way you like hon." He whispered, those dark, mysterious eye looked up at him, lust clear in those eyes. He stood up, walking to get the sandwiches humming. He thought about tomorrow. Tomorrow was Sunday. He used to have a pet for Sunday but that pet....That one was stolen from him. His name was Trae. And he was stole away by a stupid neko named Momo. Damn that cat.

"Are you busy tomorrow, by chance? I'm curious to see how you spend the day off." He teased, before tightening his hold on his blanket. "I mean, its probably amazing. Bachelor nights with fine wine and all that, hm? And here I am, spending my time watching TV and knitting."
O

Rolling his eyes at the comment, he grabbed a sandwich before biting into it with a satisfied moan. "I don't know...Maybe I'll just relax tomorrow.....I don't need that dick head anyway. Left me for a damn kitten, ha! We'll see how long that lasts." He grumbled. Trae was the first to ever leave him. Usually Eric did the breaking up, but Trae....Trae left him for a tiny little kitten.

"Honestly, for someone who sees people as disposable, you're really riled up about him." He murmured, tightening his blanket with a soft sigh. "Please relax, okay? So what, you'vBulletin e got a Sunday off? Be happy that you do."
O

"You don't get it Aime! I'm never dumped, like ever. Yet he just left me with a smirk on his face. He's trying to make me jealous. I doubt he even likes that kitten." Grumbled the vampire as he flopped down on the couch, angrily bitting into his sandwich.

"It's obvious you ARE jealous. Honestly, listen to yourself. You're being childish because of a simple centaur. Aren't I good enough?" He cooed sarcastically, oblivious to being the vampire's favorite
O

"....I'm not jealous. At all." He mumbled, before looking over at the ghost. "I guess I'll just stay the night here. You'll cuddle me to sleep, right?" He asked with a smirk, winking over at him.

He rolled his eyes, laughing. "I mean, do you even sleep Eric? What, with all the sex you have, you don't have any TIME for sleep, do you? Fine, yeah. I'll let you cuddle me, but don't expect me to do anything else."
O

"Of course I sleep ." He chuckled and winked at him. "Besides I wanted to cuddle with you, nothing else."

Getting to his feet with a soft groan, he stretched wearily as he oushed his hair back briefly, exposing the bullet hole straight through his head. No one brought it up, knowing it would either freak the French boy out of cause him to desperately deny it.
O

Getting up he walked over to the French boy, cupping his cheeks and pulling him into a steamy kiss. Moaning against his lips, bit down on his bottom lip, pulling away a bit, but still had his lip between his teeth. Looking in his eyes, he smirked and winked.

Shuddering from the completely unexpected make out, he offered an uncharacteristic moan himself before the other pulled away. Staring up at the vampire, his cheeks instantly ignited in embarrassment before he pushed the other away with a cleared throat. "Hmph, what was that for, exactly? I don't appreciate those sudden kisses you always give, you know. Hn, I'm going to get changed into pajamas, alright?"
O

Smirking he grabbed his wrist, so he would walk away. "Why change your clothes, if all I'm going to do is get you out of them?" He asked leaning in to kiss him.

Easily accepting the kiss once again, he nearly succumbed to his sweey words before coming through and tugging away.
Show hidden low quality content