Original poster
Hi, I'm Davie!
I'm new to this site [obviously] but not exactly new to roleplaying. I've been roleplaying since 2008/9-ish, and started on Chickensmoothie.

What do you prefer to be called?
Davie, Dave, Mrs. Steilsson. I don't really care - anything creative!

Boy, girl, or a mystery?
Girl.

How old are you?
Not my favorite question, I admit. It's not that I'm old at all, though people dislike my age group because a majority of them are incredibly stupid and spoiled. I'm guilty by association.
I'm 14.

Are you new to the site but not to roleplaying?
Yup. Been roleplaying on forums for a good three or four years, but started on chatrooms.

Do you like group Roleplays or just a single partner?
Sometimes I like to be a small group, but other times it's nice to roleplay a relaxing one x one with a friend.

Sunshine and beaches or shade and air-conditioning?
Beaches? Like, sand that gets in places it shouldn't and old men in European speedos?

SING IT OUT LOUD! What song is tormenting your mind?
KISS ME UNDER THE LIGHT OF A THOUSAND STAAARS!
Not really, but the first phrase reminded me of it. I can't really think a song right now, but the Hunchback of Notre Dame soundtrack has been plaguing my brain. But it's good for writing, at least for me. 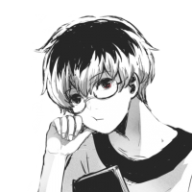 Welcome to Iwaku Davie~! and yahh~ hope you enjoy your stay here~! 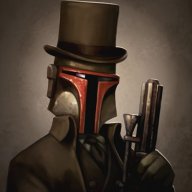