Original poster
I'm going to take a break from my normal RPing type here. I normally run games filled with heroes going off to right wrongs and generally do the right things for the good of the world.

Well, where's the fun in doing that all the time?

Your character is a lowly henchmen in the employ of the villainous Dr. Loeb. Dr. Loeb pays very well, though there are no benefits, and there's only a matter of time before some hero pops in and starts beating up henchmen - like yourself. Dr. Loeb ignores your capabilities, puts you on various guard duties...

He is also, sadly, a trust fund child with mother issues who squanders his money away on various doomed schemes of world domination. Villainous? Sure. Intelligent...? Not so much. He isn't even a real doctor, he just uses the title to sound properly villainous.

Of course, it's not like you haven't tried to get other jobs... unfortunately, what the recruiters never mention is that becoming a henchman is a little like working the carnival. Once you ready the death-ray or operate the tilt-a-whirl... there's no going back.

All you have to do now is wait for the right moment, and enough money, to break away from Dr. Loeb and actually do something with your life.

That is, if some hero doesn't take it away first...

[Note: This is a silly roleplay about a bunch of beleaguered henchmen working for a complete idiot. The story can evolve from there. Feel free to give your character various powers which will be completely ignored by your employer, and most heroes have odd resistances to, anyway. Also feel free to give yourself silly powers which were ignored for a rightful reason.]
Reactions: 1 person

I LIKE IT. I'll just recommend that you make a character sheet to give the players an idea of what you'd like to see.
V

Original poster
I'm in, just one question.... Are robots alowed? He could have robot henchmen seeing that he is so rich, and an idiot. I'm going to make a lolli XP
B

Original poster
Character sheets! Yeah, that's a good idea. Also, Vay, I see no reason against robots/androids/cyborgs. This is "General Hero/Villain World", so it's got magic-powered heroes/villains, mechanical-based heroes/villains, and other stuff.

Also, it's probably the same world as some other, more famous villains - various Disney villains like Dr Drakken and Dr. Doofenshmirtz - as well as their heroic counterparts - as well as many comicbook heroes and villains.

Real Name:
Supervillain Name: (Often, this is a different name than the real name - tends to be punny and based off of powers... or something the media dubbed you)
Quote/Catchphrase: (Gives us a quick look at your character's attitude towards something, possible accent, or other things).
Appearance: Pictures fine. Cartoon/Anime preferred to real people.
Powers: (What powers your little henchman has! Note, your character is free to not have any powers, and maybe have a load of gadgetry or magic sword or anything creative you can think of. You are not uber-fantastic awesome. This is why you are a henchman instead of a real villain. Give your powers some flaws or something - feel free to make'm silly.)
Goals: (Where would you RATHER be, instead of henching?)
Bio: (Backstory... or at least how you came to be a henchman for a villain rather than some hero's sidekick or something).

Powers: "Emotion-Based Weather Control" - Stormo controls the weather. Not that bad a power in itself... save for one minor detail. It's connected to his emotions instead of his will. When he's sad, he can make it rain. When he's furious, the room heats up, or he can command lightning. This, unfortunately, makes his rather easy to deal with as a 'main villain'... "Flight" - In any emotion except Sadness, he can fly at will.
Goals: Get control of his powers, stop hanging around such idiots, kill all country singers.
Bio: He wanted to be a sidekick. He didn't care to who, he just... so wanted to be on what he thought was 'the winning side'. His tactics and less-than-reliable power, however, made it so that, really, no one wanted him along. It was when he decided to destroy the sidekick of another hero and take the sidekick's place was his villainy made it's appearance, and he was quickly dispatched and got the snot beat out of him. Unable to find work beyond that, he ened up under Dr. Loeb's payroll... growing more an more angry at his employer's incompetence.
V

Original poster
Real Name:Serial number FU6789TX
Supervillain Name: Chiri-san
Quote/a: But he can't possibly be evil, OH! I know, he is clearing that land of buildings for all the animals. Tehe o^^o
Appearance: 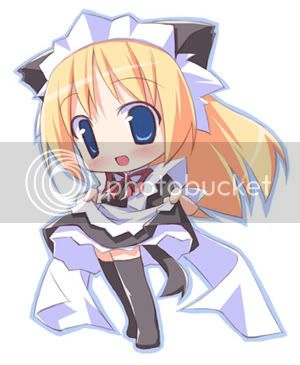 Powers: <b>"Eyes"</b>Chiri-san's eyes expand as she moves in to hug whomever she is looking at, locking their gaze onto her and overwhelming them in sickening cuteness.
<b>"Awwwww"</b> Chiri-san puts her finger in her mouth and tilts her head becoming so cute anyone exposed to her immediately gags and forgets what they where doing.
<b>"Pure Cute"</b> Chiri-san will ooze rainbows and unicorns from every mechanical pore leaving behind a pink sludge of pure cuteness. If contact is made with the skin wash thoroughly and seek a violent movie. If symptoms of nausea, and/or, lightheadedness persist seek medical help.
Goals: To make everyone happy with her unending supply of cuteness, starting with the villains (then need it most the grouchy groops)
Bio: The first and only of her kind made by 'Toys 4 U' the factory was immediately evacuated and later demolished before the world found out about their terribly cute creation. Chiri-san has smuggled to safety by a 'cuted out' worker and later wondered into the hideout of Dr. Loeb's henchmen and decided to stay to cheer them up.
K 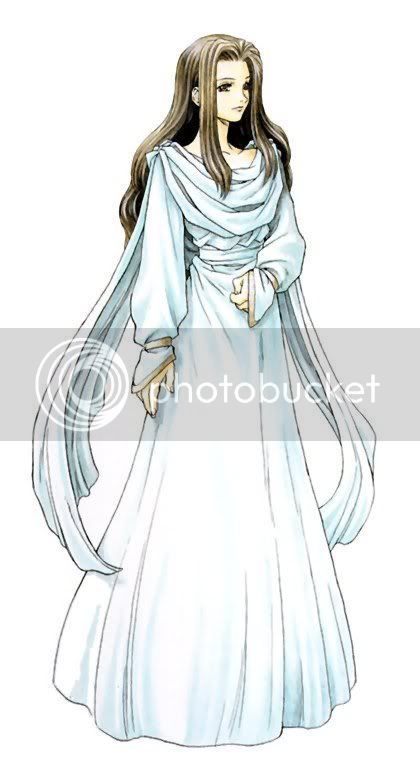 Powers: "Empathy"
By focusing on one person before they are afflicted with pain, she can take on their pain for them.

Bio:
Primed to be the socialite wife to a wealthy man, Lissi kept her gift a secret from everyone both for the fear of it being exploited and the fear of being an outcast, shunned by her family and the husband she had only briefly met.

As it turned out, her husband was a kind, hard-working man. Thrilled with her life with him, she happily took on the role of his doting young wife at only eighteen years of age. Happiness, however, was not meant to be for the pair.

Married only a month, Lissi's husband was involved in a fatal car accident, which drove her to despair. Lissi plunged into his work with gusto, but sank further into depression by the day. Taking on the pain of others somehow soothed her inner turmoil and so for the pay, Dr. Loeb offered her financial security and an outlet.

Nicknamed the Empress for her noble air, she tags along with him, now out of her depression but with nothing else to do with her life. Unfortunately for Loeb, she can be a bit easily distracted and will often forget to focus on him to fulfill her part of the contract.

Quote/Catchphrase: “I hate clowns, jokers, and plastic men that hang out with lolis.” 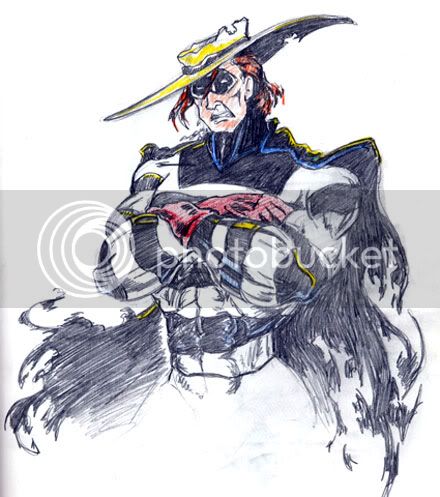 Cheeseburger Evolution!: The Dark Hamburglar can make any cheeseburgers come to live and make a massive army. However, they can only be freshly made cheeseburgers, which requires stealing hungry people‘s burgers.

Goals: He would much rather by a Physical Education teacher or something along those lines.

Bio: After staring as a TV commercial character for many years, he was fired by his evil clown master because he was getting too old for Kid’s Commercials. Without a job he became a real life thief and discovered that for all the years he had been working as a pretend petty criminal, he was pretty good at what he did, until he met King Weavel. The plastic pedo beat the crap out of him. Now wishing to train to become a more serious bad guy, he joined up with Dr. Loeb.
B

Original poster
Sorry all - I sorta lost the will to do this one. If someone's really into it, feel free to pick up the idea from me and go along with it anyway.

Original poster
Can I still join in on this one?

Powers: Ability to talk to Weasels and able to shoot Weasels out of his hands. Has two types of weasel shooting.
A) Teleporting weasels from their little weasel homes and families, about to sit down to their little weasel dinner and shooting them out of his hands at enemies, obviously shocking the creatures and making them violent.
B) Using method A, and then just teleporting the same weasel back to his hand then shooting it out again.

Bio: Matt developed his weasel powers when he hit puberty. After refining them as much as he could, he tracked down Aquaman, trying to become his sidekick. After the rejection, he turned homosexual and swore to use his weasel powers for evil! He chose to major in animal psychology to council the weasels that had been shot out of his hands.
Two special weasels, Sally and Julia, do hang around with him at all times, trained for fights.
Ended up joining Dr. Loeb to pay off various school loans and to fix up the interior decorating of the lair.
Reactions: 1 person

Quote/Catchphrase: "I understand words with more than four sylables are hard for you to understand, so let me put it simply for you. NO YOU FUCKING CAN'T, YOU STUPID BASTARD!!" 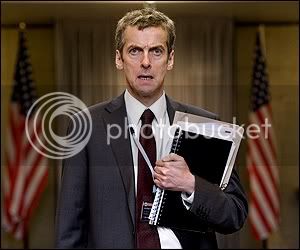 Powers: Le Sermont is an incredibly efficient people manager, and as such is in charge of Doctor Loeb's human resources department. He 'motivates' the doctor's army of scientists, mercenaries and general grunts with a tirade of abuse, insults and curses. His mathmatical ability means that he is also in charge of Doctor Loeb's accounts, meaning he spends much of his time attempting to prevent the good doctor from blowing all his money on his latest insane doomsday device.

However, Le Sermont has no superpowers to speak of; in the inevitable event of superhero attack, all he can do is throw hordes of henchmen at said hero and run away... fast.

Goals: Le Sermont has often considered politics as a good venue for his skills and abilities, and would probably expand into this if he could sever his ties to Doctor Loeb. He also wants to go back to fucking with the Stock Market for laughs.

Bio: Le Sermont began his criminal career as an accountant to many of the world's leading criminal enterprises. A scotsman who studied mathematics at Cambridge, he moved on to investing criminals' money in various businesses he had recently crushed and bought over, meaning he could build the business up once again and double his employers' funds. However, his plans were ruined by The Caped Crusader, who prevented Le Sermont froming bombing a ship of one of the businesses he planned to take over.

With his plans ruined, and a number of angry criminal originisations after him, Le Sermont quickly accepted an offer of employment by Doctor Loeb. It was only after he joined this originisation that he realised his new employer, despite his pretences to being a criminal mastermind, was a complete idiot. Le Sermont is now looking for a way to escape his current employment, whilst avoiding being killed in the continuous attacks by superheroes.
Show hidden low quality content