It's happened again.
Spores from an unknown source have showered over the world once more.
More of the creatures have taken over people...
These, monsters, don't even have names.
That is, to our knowledge.
I know something, something no one could believe.
These monsters, were made by us.
They were deployed as a system to terminate most of the human race.
There was no food shortages, no energy shortages, not even water shortages... The human race was almost at it's pinnacle.
So WHY? WHY DID THESE MONSTERS GET RELEASED ONCE MORE?! HAVE THEY GONE MAD?
I apologize, I lost composure there.
Not only did they curse the world with their anti-human warfare, but they even took some of us... Fresh from our homes.
Teenagers, Children, why only the youth, I will never understand.
They forced these creatures upon us, injecting them into various places... Just to see what would happen...
It was hell for the subjects, even after being put through several experiments, just for their minds to be white-washed and they put back home the next morning, but still in shock of what happened last night.
Even with their memories removed, they either died of shock or committed suicide.
Not me... Not a couple people here... I had a brand new will to live, even with this thing in my arm.
Even if I have to see Hell Again.

Twenty Two years after the outbreak of the monsters, the human race had thought they were all terminated. Some hid in the midst, being scared into a normal human life and diet. Though in the present time, the incident had just repeated itself.
Except with an added step.
Human-Parasyte hybrids.
Multiple children and teens were kidnapped from their homes, and forced to have one of the brain-eating monsters inside of them, everywhere but the brain. They were then put through many other tests that may have added other things, but none of them can remember. Just the pain and suffering which led 75% of them to their deaths.


Where do you take place?

You are one of the surviving subjects implanted with a Parasyte. It's needed that your character is suffering from some mental trauma and maybe even developed some mental illnesses. (But nothing crippling like Schizophrenia or Dementia) The day after you were sent home, the parasite will have finished growing where ever it was implanted, in private of course. It will wish for cooperation, rather than the termination of you.

Parasytes are emotionless, even narcissistic creatures by nature. For the subjects, they only will help you keep your life out of keeping their own.

That doesn't mean that they are unable to have conversations, though. Parasytes can have an advanced knowledge in only two days.

Their learning skills kick even the smartest humans out of the ballpark, even though they don't have a brain.

Parasytes are also flesh eating. They choose to eat other members of their host's kind, over the normal diet. It is unknown why they choose this.

Even animals can be infected by Parasytes, but humans are the main target for having their brains eaten. A natural predator put in the mix, if you will.

Parasytes are able to invade the brain by burrowing through the ear or nostrils, normally doing so while the host is asleep for ease of access.

Even if they don't manage to burrow the traditional way, they will attempt to crawl up any way to get to the brain; it's an unconscious mission for them in their infant stage.

When a Parasyte matures, it cannot move body parts; only the head is the Parasyte.

As far as the "failed" Parasytes, they too cannot move to take over the brain after maturing, or eat flesh since their host body's nutrients is enough to sustain them.

Parasites are also shape shifters, being able to change the face of their host, and change into their "actual" form which basically is the head splitting open to reveal teeth, eyestalks, and blades.

Parasytes attached to conscious hosts are not able to use this form, instead alternating by using shapes and such.

They can change their body shape to about anything, but blades are the most useful as weapons, since they can change into a gun, but do not have the type of energy to fire it.

Parasytes can actually learn human emotions, but only the most intellgient ones, which are looked up to like leaders, can fake them.

Parasytes attached to humans, after certain conditions, can slowly make them have more humanity. But even with this, the host could end up behaving more like a Parasyte.

Parasytes are not called Parasytes by name, people only know them as monsters.

- This is a strict rule, post at least once a day. I will personally tell you you're holding the group up if you don't commit, and if you don't follow along, you will be left behind.

- Another strict rule, your posts must be 4-6 sentences long as a minimum. Your sentences must make sense. Think of it like you're turning in an essay for a teacher, and you could only get an A or F for your preformance. Have good spelling/punctuation and MAKE SURE YOUR SENTENCES MAKE SENSE PUT TOGETHER. Make your post interesting and easy to respond to. Some spelling mistakes and such ever so often are fine, we all make mistakes, but if you DO IT ALL THE TIME, it's not okay. This rp treads onto advanced writing territory, so be mindful of that.

- No your Parasyte cannot have something like super speed or some shit. Over time i'll explain exactly what the experimentation did other than injecting you with the Parasyte, but other than that don't do anything I didn't detail.

- There is a possibility for your character to be put at a spot where they can be killed. No matter what you say, if you drive your character to a cliff with a Parasyte right in front of them, and your Parasyte is either chopped off or dead, don't expect your character to survive it. You have to have a rational mind in this rp, and choose your actions carefully, since they will have consequences.

- Your character has to be either a middle schooler or a high schooler for this rp.

- Your character must have even a little knowledge of the previous incident, even if they weren't born. Of course they would hear about it from their parents, the news, their friends, etc.

- Your character's Parasyte will be treated like another character. They sometimes tune into a conversation quietly, and find ways to discuss things with you without others noticing.

- Your character must be depicted in an anime picture. No RL pictures.

Parasyte Name: [They don't name themselves, nor do they care for names. It can be just about anything.]
What type of study do they mainly focus on: [Math, Literature, Science, etc...]
Eye Color: [Parasyte eyes are normally brown/hazel, but they can be other colors]
Location of Parasyte:

Bump.
People please come ;u;
I

(Willing to make changes if I must) 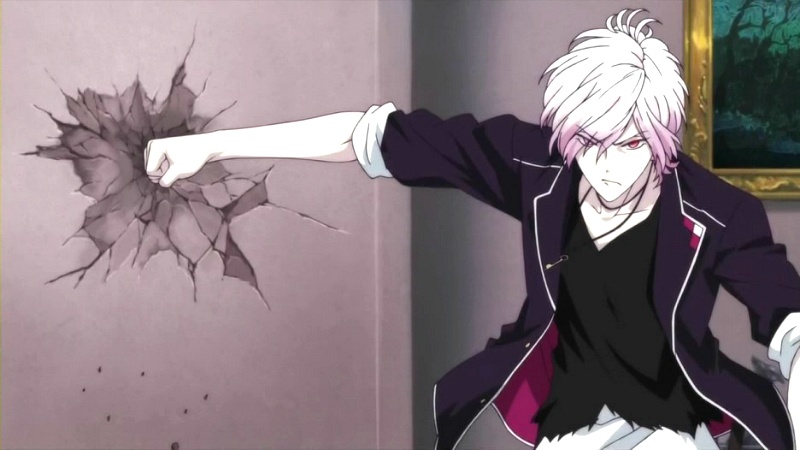 History:
Zeus Itadami was born to a police family, and always had an interest in joining the family business. Zeus father is a high ranking sergeant, which made Zeus respect him so much. Growing up he led the life that many kids his age would have dreamed of, but he always wanted to make his father proud but he felt his dad was too busy. Zeus even blamed himself slightly because his father was a sports fan but he had no innate talent, his talent was his active mind at a young age, very analytical and observant. Growing up Zeus picked up some skills like lockpicking and moderate knowledge of computers. He used this to pick the lock to his fathers office in the home, to look over case files to learn and get the heads up to become a cop. He wanted to learn to think like one, he was a good artist but he wanted his career in law enforcement.
Zeus was always a very social person learning about people and did well with women, he was always very mature for his age as well, he had heard story of monsters from many years ago but he was a logical thinker and didn't believe it. That was until some kids went missing and people started whispering that the monsters may have returned, still he didn't believe it until while breaking into his dads office he found another lockbox and he broke it open. It had many files on the Parasites, from audio to video. Zeus was beyond shocked and surprised.
Months passed and more teens went missing but there weren't dead bodies like there were in his dads files. Zeus was walking home one day and noticed someone walking into a building that was once a medical office, Zeus found this suspicious because it was an office that his father and other officers visited due to the owner going missing so why was someone entering the building and trying not to be seen.
His phone battery was low so he thought it would be best to get proof like snap some pictures to show his dad proof. He waited for some people to leave as they locked up the office and picked the lock. Upon going inside he didn't notice anything just a normal office until he spilled vial of water and it seeped through a crack meaning that there was a hidden lower level. Finding access to the lower level he found many restrained bodies, some dead which shocked him.....
Zeus saw that the parasites were returning and saw that they were keeping notes and running tests, infecting humans with parasites.... Zeus wanted to call his father but he had to shut this down somehow. He started taking pics and one of the subjects he thought dead awoke, and seemed to go crazy, his parasite noticed Zeus and tried to kill him recklessly attacking him and destroying the area causing massive damage to the area. The Parasite almost killed Zeus but the host seemed to pull back last second launching Zeus into two containment units containing parasites but the blow wasn't fatal. Zeus felt two sharp pierces in his back... knowing what happened and not wanting to become a monster he launched himself onto debris which pierced his lungs in hopes of killing himself.
Passing out from the blood loss.... he awoke many hours later... in a alley wondering why he wasn't dead he didn't even see a scar from where he impaled himself.. counting himself lucky his phone was lost he decided to go home...it wasn't until two weeks later that two parasites revealed themselves to him in his back muscles behind his lungs.

Parasyte Name: They have two different personalities one sounds female... he hasn't came up with a name for them
What type of study do they mainly focus on: The femalish parasite likes literature she has the left, the male likes math and controls the right
Eye Color: blue
Location of Parasyte: Upper back slight portion of shoulders, left and right side
Show hidden low quality content