Skyfall - Adele​
When Voldemort came back from near death he brought fear once more over the land. He terrorized both muggle and wizards, letting his followers go on killing sprees and commit horrendous crimes. He freed the worst of criminals and killed the purest of people. His name alone was enough to strike fear into the hearts of people causing them to commit vicious and selfish acts of violence and even drove some mad. His reign lasted for three years before The Boy Who Lived ended his terror on May 2nd of 1998.

Harry Potter became even more famous after defeating voldemort and so did his friends. The years went by, 5, 20 , 60, 100 and Hogwarts has been successfully rebuilt and relocated just down the road from where the former hogwarts stood. The new school looks exactly like the old one inside and out but now when first years take the boat ride over the lake the only thing they see is the rubble of what use to be the first hogwarts. The teachers and wizard officials have been working on getting all of that fixed. They began cleaning up the sight but they were withheld by people saying that it shouldn't be touched, that it's a symbol or reminder of the second wizarding war and how they overcame Voldemort.

The ruins of Hogwarts has been closed off for the student's safety but some still wonder and find a way in. Some never come back out and others never talk about what they saw. The brave ones that do talk though say that the place is crawling with dementors, something that the Officials and teachers have failed to tell students. There are pictures of loved ones scattered around along with former students belongings all over. Some are dirty and torn while the rest are signed or had already turned to dust. Moss and mother nature have already claimed the ruins and rubble along with the little critters of the forest. The scene all together is dull and grey, lifeless. The Old Hogwarts has become the dementors playground now and fewer and fewer students dare to adventure in, even the thrill seekers. Some secrets are just best left hidden but then again secrets always find a way to the surface.

Like a bad smell Voldemort's followers lingered, the ones that survived anyway. They still practice their evil deeds, if not Aurors would be out of jobs. Some students say that they have seen people dressed in black robes and gold or silver masks on the cliff where hogwarts use to be just standing there looking at them. Some others would say that they would see the same thing but when they looked away for a second then back again they were gone. There is no doubt that the teachers have noticed it too but they keep quiet under the ministry and don't say anything as if they were scared that something would happen to them if they did.

Rumors began to spread throughout Hogwarts that the ruins has become corrupted by the battle that took place there. That the Dark forest has long claimed the ruins as a part of it now and whoever enters it doesn't come out. The dark witches and wizards left out there have raised their children to be like them. To worship Voldemort or any other powerful and evil ruler that lets them inflict hurt on others. There are some of these students at Hogwarts right now, some have been given the dark mark from a young age and others are just now getting it. Most of the students that are born into these families don't want to be like their parent's, they see no need for violence or separation of blood but they are too afraid to speak out because they fear the wrath of their parents and other dark wizards alike.
First off, I'd like to state that this roleplay is not my original idea but it's a friend of mines. Thanks.​
Reactions: UnsightlyTEAstain 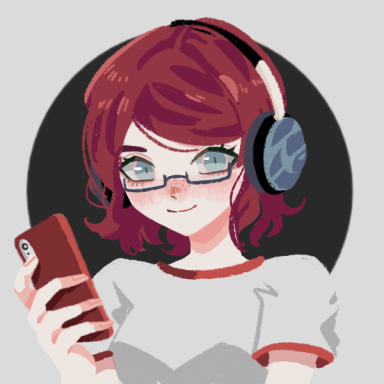 Hello, I heard Hogwarts and appeared.

You had me at Harry Potter RP
T

Original poster
Do you intend for the playable characters be the children of Voldemort's followers?
C

Original poster
@Justaddnutts
Nice to know~! Thank you for expressing your interest. :D

@Chromatic
Haha. Yeah, haven't did a Harry Potter RP in so long so just thought I'd give it a go. :)

@Thought Manifest
Hm, I prefer to see a mixture of good wizards and bad wizards. Some can be from Hogwarts and some can be attending Hogwarts but are secretly Voldemort's followers. :D
Reactions: UnsightlyTEAstain
T

Original poster
What age group do you want the playable characters to be?
R

Original poster
Expressing interest - half a glass full! Level of canon character involvement (afterall, wizards live hundreds of years)? Writing level (not that big a thing, just something I like to know ahead of time)? Can you give a clue as to the set-up and plot developments as you expect them to go (casual play like classes, or following a storyline with a little more detail)?
Reactions: 1 person
C

Original poster
@Thought Manifest
I'd like for the characters to be 5th year and up so that would be 15-17, from my understanding.

@redlemonaide
No canons whatsoever. This is strictly original. The writing style I prefer is intermediate and up. Also, what I have written above is not even the plot. I usually like to reveal the plot when I have enough interest in the OOC. But as far as classes go and story development goes, I like to add in a mixture of both like in the movies.
R

Original poster
Awesome. I'm in! Any sort of restrictions on character creation?
C

Original poster
@redlemonaide
At the moment, no. Though I am trying to see if I want the characters to be distant relatives of Canon characters. Still deciding. On the borderline with that one.
C

Original poster
Got a character sheet, or do we wing it?
C

Original poster
@redlemonaide
I have a character sheet in mind but waiting for a few more interest before going any further with this.
Reactions: UnsightlyTEAstain

Genres
I am very here-and-there on genre. One thing I do like to have in most role plays is some form of romance. I also prefer for a role play to have a rich backstory, like those found in fandom role plays. The most common genres, however, that I play are : Sci Fy, Magical, Fantasy, Suspense, and Romance.

This sounds great! Count me in!
Reactions: UnsightlyTEAstain
C

Original poster
@HelloBeautifulChild
Nice to have you abroad!


I think enough people to start an OOC, at least to see if I gain more interest.
R

Original poster
@redlemonaide
Yeah, I did an ad once before and didn't like how it came out. So. But I will post an OOC for this, tomorrow hopefully.
Reactions: UnsightlyTEAstain
C

Original poster
@Justaddnutts @Chromatic @Thought Manifest @redlemonaide @HelloBeautifulChild
If guys are still interested in this, please check out the OOC. Excuse the coding, I shall fix it when I get the chance.