On the 3rd August 2009, a seven-month investigation by the FBI came to an end with the arrest of Doctor Leonard Hargonstein.

At his home in West Virginia, officers uncovered a vault filled with occult literature.

And at Hargonstein Asylum, where his practice had been based, something much...much worse was discovered...

The following is an account of the final year of Hargonstein Asylum...

This roleplay is inspired by Twin Peaks, Hellraiser, David Cronenburg, Silent Hill, Tim Burton and other such twisted sparks of genius.

As such, please leave your common sense and cliches at the door. The only expectation you should bring here is the breaking of boundaries.

You may play a guard or a patient, but you cannot leave the Asylum, nor be exempt from its madness.


Patient/Guard Number: (Just make something up)
Name:
Appearance: (Pic preferred)
Conviction: (Official reason why you are consigned to the Asylum)
Personality: (Including psychoses and behaviour)
Privileges: (Any special freedoms, jobs or responsibilities you have in the Asylum)
Background:
Reputation: (How the other inmates, guards and Director think of you)

Yeah, if you wanna be a guard then go ahead.

In the asylum it's hard to dinstinguish between the two, since they live together, do similar jobs and are just as batshit insane.

Coffee, if you want to come in on the Ideas-Grinder, then go ahead. I'll be using a similar mood to what you proposed for your Toasty thing.

Personality: Benedict is a nice inmate, humble and friendly. People like him because he is quiet and he usually pays attention. He also goes for walks, so you don't get sick of seeing him. His nature is essentially accident-prone, which means he gets into quite a few scrapes.

Privileges: Because he is non-violent, Benedict is allowed to tend the gardens where the Director has buried some old associates. He also feeds the thing in the pool-house.

Background: Benedict was arrested in downtown Portland one evening, after trying to convince a local butcher to take his skin away. Once in custody, the officers realised that he had killed... someone... and quickly sentenced him. He was signed over to the care of Doctor Hargonstein, who was very eager to have Benedict in his asylum.

Reputation: Everyone knows that Benedict killed... someone... only no one can quite remember who - not even the asylum staff. It was famous though and was in all the newspapers at the time. Despite this, Benny has been praised as a model inmate and is well-liked by everyone, who find his misadventures a great source of entertainment. He is also known to have access to secrets, so is a good man to go to if you need to learn something.
Reactions: 1 person
L

Conviction: Pre-meditated Murder. But it was eating parts of the corpse that landed him in Hargonstein...

Personality: Eddie's behavior and personality are almost entirely the result of a Histrionic Personality Disorder. He's a moody, shallow, obsessive, ham who cannot bear not being involved in whatever is going on around him, if not being the center of attention. He tends to be overly affectionate/familiar with people and vague, exaggerated, and theatrical in conversation. He means well (except when he doesn't) but can be a bit of a pest at times.

Privileges: In the classical "you-break-it-you-buy-it" + Hargonstein, add monkey, and run for your life fashion; Eddie was forced to take up the duties of one of the guards after killing and eating him. He's supposed to be in charge of making sure all patients have taken their daily prescriptions- except sometimes he forgets, or gets frustrated and occasionally eats someone. He doesn't always kill them, either. Just a bite, here and there, to settle the dispute.

Background: Eddie was a nice boy (if a little weird) raised in a nice town by nice people. Then one bright and sunny afternoon his mother came home to find him carving up and attempting to make a pot roast of what was left of his step-father's body. Having already eaten some of the corpse he couldn't really get out of the insanity plea even if he had tried to explain himself- which he didn't. Though, with what goes on at Hargonstein he may have been better off on death row... Only time will tell.

Reputation: If, you're upset, or in trouble, or scared, Eddie's the guy to go to. He's the helpful sort, and he likes people. He'll either fiddle with your medications (if he knows what they are- sometimes even if he doesn't...) hold your hand (or..yanno...whatever...) or go break (eat) the face/knees/balls of whoever is to blame. If you screwed up and got caught and are trying to get out of taking responsibility or just stupid- woe unto you. He doesn't mind being manipulated, but don't play him for as fool- or have a big freaking bag of double fudge chocolate chip cookies with you when he finds out you have done.
W

Conviction: Multiple counts of first degree Murder, originally sentenced to life imprisonment though on account of his Lawyer's plea of insanity, Mach was sent to Hargonstein for the duration of his natural life.
Personality: Known to suffer from several types of Psychopathy, particularly 'splitting' and outbursts of sudden violence.
Privileges: Whilst Mach is not allowed to carry weapons, he is permitted a fair degree of Autonomy and almost free roam of the grounds.
this is to ensure his obedience, and it is a rather successful ploy.
Background:
Reputation: A psychotic Murderor who preys on those he sees as 'weak' fears only 'the Warden' though Mach isnt known to have killed many inmates during his time at the Asylum, those he has killed were known to be either pedophiles, rapists and on two occasions, facility guards.
K 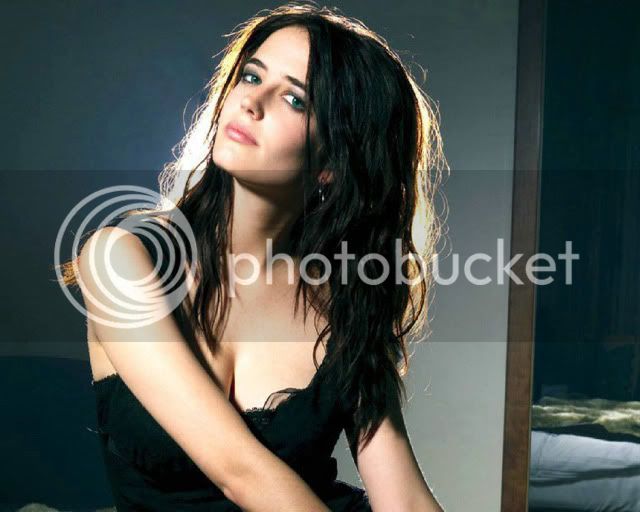 Conviction: A notorious self-harmer and heroin addict, Eryn was committed to various lesser mental wards where she served out her "rehab". That was, until she poisoned an entire supply of food in exchange for heroin, which resulted in the deaths of dozens of people. Using the excuse of her extreme addiction and lengthy mental record, she avoided jail or capital punishment.
Personality: Eryn can give the impression of normalcy easily as long as you don't spend much time with her. After about an hour, her slight neurosis becomes increasingly powerful. Eryn whispers to herself at times, running her fingernails down her arms. She can be open, a charming and casual speaker, though.
Privileges: Eryn is only allowed spoons to eat, and they are to be taken away after every meal. She is, however, allowed to go on accompanied walks in a small patch of land outside now and then if she's been a good girl.
Background:
Eryn was born the healthy and prized daughter of an average, middle-class family. When her father was caught cheating, all the attention became focused on her when they split. Her mother, attention-seeking and distraught, fell into munchhausen's syndrome. In the way, Eryn was raised surrounded by role models damaging themselves, especially after her father took up drinking. Thus, it never weighed heavily on Eryn when she started heroin. The heroin lows, though, nobody expects. The crippling depression Eryn combatted with cutting to induce endorphins.
Reputation: Relatively harmless to the other inmates, she is seen as non-threatening and the guards will even chat with her since she can be talkative and has a natural charisma. The guards do see the strict regulations they need to keep in order for her to be safe tedious, but people generally see her in an amicable light.

Not sure... I think she joined the first Spacekitten forum, but I don't know if she came back after the server crash.

Conviction: He is the Director of the Asylum...

Personality: A severe and flawless academic, who never makes mistakes and never shows emotion. His intelligence is beyond the comprehension of most inmates, and the Doctor demands impeccable manners from any he meets.

Privileges: He is lord and master of the asylum, his authority unquestioned.

Reputation: Surprisingly, there is very little hostility towards Doctor Hargonstein, and those who voice hatred towards him never last very long in the asylum. Instead he is treated with a mixture of fear and respect. Some guards and inmates avoid him altogether, while others see him as the saviour of their mind and soul.

And for the love of God play the Youtube vid.
W

rather reminds me of The Extacy of Gold from The Good The Bad andn the Ugly.

!!! I keep forgetting I want to post something set to that someday.
edit:Musical intro. I love musical posts.
W

me too, though i usuallyt post what im listening to at the time to get into the 'mood' of the character im playin.

As I said to Shadey yesterday, don't try to "follow" what I did or label the RP according to my post. Just go with something equally subversive and unconventional.

My post was simply an ending at the beginning, a musical opening instead of a prose opening, then a man being crucified and not really minding. So the whole post was just three inversions which symbolize Benedict's warped mind and the upside-down world of the Asylum.


Shadey is gonna do a post where he builds his character sheet in the IC, or something like that.

Just experiment with stuff and don't put anything in a box.
W

tried some stream of conciousness...doesnt read too well, but praps i can fix that in subsequent posts.

imagine the text in brackets as chatter in Mach's head.
G 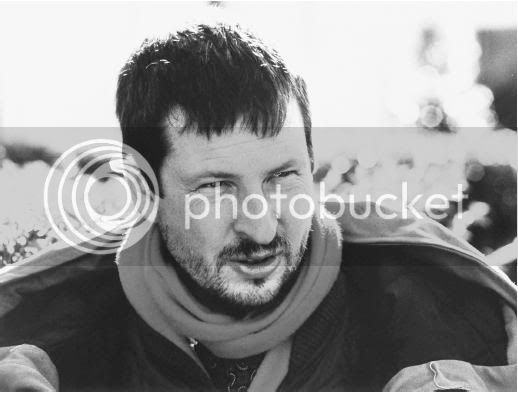 Conviction: The violent murder of his wife.

Personality: Daniel suffers from Wernicke-Korsakoff syndrome. Although he seems essentially normal on first impression, Daniel has trouble remembering much of anything that has happened since before the murder of his wife. Daniel also seems to "invent" new memories to make up for the loss of his real memories, which has given him a reputation for being a liar. Despite the brutal murder of his wife, Daniel seems to be a friendly and reasonable person, with the exception of his obvious mental limitations. He can become quite impatient with others, but is almost always respectful, especially to authority figures, and Doctor Hargonstein in particular.

Privileges: Although Daniel has been essentially harmless since his entry into the asylum, the circumstances of his crime mean he isn't given complete autonomy. He has enough freedom to do as he pleases, but he isn't allowed to use anything that might be used as a weapon (no sharp objects, essentially).

Background: Not much is known about Daniel from before his initiation into the asylum. He was a heavy drinker, at one point, but since entering the asylum he hasn't touched a drop. He mostly keeps to himself inside the asylum. It should also be noted that Daniel's also has poor sight and coordination, a physical side-effect of his syndrome.

Reputation: Daniel's respect for the authority of the asylum has kept him in the good graces of the guards and of Doctor Hargonstein. Although other patients can become frustrated with his tendency to "lie" and his often atrocious memory, they otherwise get along rather well with the man.
A

*fingers squiggle under the doorway*

...Lock the door, I heard it carries rabies.
G

Character finished, let me know what ya think!
L