‎"Tonight the October Knight will rise out of the pumpkin patch. He flies through the air and brings toys to all the children of the world."

see what I did there? ^
I'm all festive-like.
And stuff.
-Gives candy out filled with magic.-
K

THE GREAT PUMPKIN IS COMING!
C

I thought the great pumpkin rose from the pumpking patch...
M

*sits in his cold halloweenless country*

SorAkiev said:
I thought the great pumpkin rose from the pumpking patch...
Click to expand...

Same being as Octoknight.
S

were supposed to trick or treat tonoight in my neighborhood, there is snow on the ground. im going to dress up as an old person and yell at the kids to get of my lawn while waving a cane at them

Too bad I don't celebrate Halloween. Else I'd look outside, put a hand out of my door and feel the chilly wind.

And ready my garden hose.
S


Blessed Samhain to all, and to all a good night~
S

IT'S OVER KIDS, GO HOME.
-sweeps everyone off her porch with a broom.-
>:C
NO MOAR CANDIES FOR YOU TIL EASTER.
GOGOGOGO.

*waits patiently for Thanksgiving, the only holiday that matters*
K 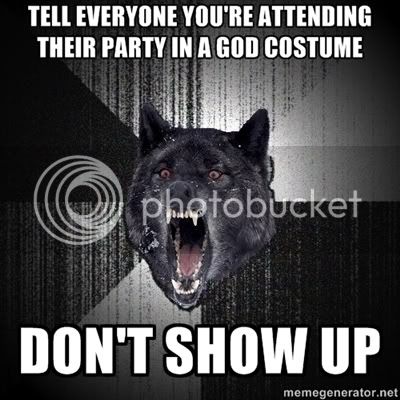 damnit...now i can't say that i'm dressed up anymore D:

Well Misa, you do have that fancy armor get up....

The Holiday is over, but I'll be October Year round.