Original poster
It's 2558, and humanity has triumphed over one of it's most testing of times. The Human-Covenant War is over with only a small fraction of fanatics holding tight to what's left of the "Great Journey" known as the Storm Covenant. Some time ago, we faced the forefront of an ancient, unknown race known as Forerunners and their Prometheans. Our first contact with them was in 2557 on a planet called Requiem; home and prison to a Forerunner menace called the Didact. Later beaten, we've calmed the waves of war for now. Until we discovered this...

A distress beacon on Venezia activated and alerted us at 0900 this morning. The beacon belongs to lost UNSC Frigate that crash landed six years ago just before the blackout across the neighboring colonies. Naval Command deployed SPARTAN-IIIs in SPI armor to scout the situation, and we received word of covenant and insurrectionist activity on the worlds; but they've sudddenly gone dark. No one's gone in or come out... It's been three months since we last heard from those SPARTANs. That's where you all come in.

The UNSC are in the dark about what's happening down there, so you're going in with two objectives. Primarily, recon. Secondly, demolition. You're being deployed to gather information on the threat down there. Find those missing SPARTANs if you can, and bring them back home. Once you've gathered enough information, report back it back, and from there your mission is to Search and Destroy.

Fireteam Aegis. You, SPARTAN-IVs; the new generation, have all been hand picked from your experiences throughout the years of service. You were chosen for this mission for the same reason you were chosen to be SPARTANs. Once your secondary objective is given the green light, you're not to let anything leave that planet unless it's UNSC. You turn it back, or you turn it to ash.

Do you get me, SPARTANs?

Welcome to Fireteam Aegis, SPARTAN. You're now apart of the largest SPARTAN Splinter Team there is. You've been called upon to handle a wide-scale operation that has multiple threats on the horizon; consider it a torch and burn OP. However, not everything is as it seems in the dark of space. You've been trained to the best of your ability... But has it prepared you for this?

Name:
Place of Birth:
Gender:
Height:
Weight:
Hair Color:
Eye Color:
Ethnicity:
Physical Appearance: (CAN BE A PHOTO OR DESCRIPTION)
Personality and Traits: (BE EXTENSIVE)
Specialty: (WHAT ARE YOU BEST AT?)
Weapon(s):
Equipment:(ARMOR & GRENADES)
History: (BE EXTENSIVE!!!!)​
Last edited by a moderator: Mar 15, 2016
Reactions: Nue and (deleted member)
R

Original poster
Name:
Place of Birth:
Gender:
Height:
Weight:
Hair Color:
Eye Color:
Physical Appearance:
Personality and Traits:
Specialty:
Weapon(s):
Equipment:
History: Melvin was born on Earth, March 20, 2525 prior to the initial Battle of Harvest. Only a year old, his career military parents were called to fight at the front lines; where they perished in the glassing. The birth of the SPARTAN-III Program in 2531 would open new doors for the vengeful six year old as he was one of the first recruited into the initial SPARTAN-III group, Alpha Company, alongside notable SPARTAN-III's such as: Emile-A239, Carter-A259, and Jun-A266.

Alpha Company began training in 2536. Melvin, among other SPARTANS of Alpha Company, showed a uniqueness Lieutenant Kurt Ambrose believed excelled better than the other candidates. He was among those selected from Alpha Company, but instead of being placed in a new company; Kurt and MCPO Mendez deemed him worthy enough for active missions. At age 13, Melvin was deployed as a single unit equipped with advanced SPI Armor behind enemy lines of a small insurrection group on an un-mapped moon. Melvin was able to infiltrate and neutralize the enemy almost effortlessly, along with recovering valuable data on the covenant for the UNSC.

In 2545, age twenty, Melvin was brought aside and selected for the SPARTAN-III Spec Ops Team, the Headhunters, where he continued his campaign of vengeance against the Covenant forces brutally and tactically. Used as a single unit, he was virtually immune to failure. Soon the Covenant pushed through to Reach, and covert operations became seemingly obsolete. However much Ackerson and Colonel Holland recommended Melvin allow them to reassign him to a MJOLNIR equipped team, he declined. He noted that he'd spent too long working alone and didn't mind having a team by his side, saying he can work efficiently. But that he's usually taking risks and used to fighting alone, and didn't want to burden any team with his lone wolf attitude.

However, in August 2552, Melvin would no longer have a choice as he is ripped frm the Headhunters and deployed to the front equipped with MJOLNIR MK.V Armor. August 12, Melvin is deployed alongside the UNSC Army and Noble Team in a full-scale assault on the Viery Territory. Melvin was used to eliminate one of the spires while SPARTAN-B312 swiftly took out the other shortly after. Melvin retreated to the UNSC Grafton only to have it destroyed by a cloaked Covenant supercarrier. By luck, he survived and as recovered by a retreating squad of ODST.

He fought a long campaign on Reach until being one of the last few survivors on it's surface, August 30, along with SPARTAN-B312. Melvin stumbled upon the body of Noble Six after surviving a fight of his own; collapsing beside her. S-B312 and Melvin were recovered by an unknown UNSC Prowler housing ONI Operatives. The fate of B-312 is unknown, however, Melvin was luckily alive and spent months recuperating in a coma. After his recovery, he was placed into cryosleep until 2557.

Melvin was awoken some month's after the Didact's attack on New Phoenix. Jun-A266 new this signified a new threat, and called for SPARTAN-Iv's to improve themselves, and enlisted Melvin for his skill and benefits to SPARTAN-IVs as a whole. Upon induction, Melvin first served as a hand-to-hand combat instructor for new recruits. However some found it pointless to train with him on the account of his previous time as a SPARTAN-III and superior Augmentations. He'd then point out that being an S-III didn't matter so long as they tried hard enough; backing up his theory as he compared SPARTANs to Brutes, and how many they've killed simply by being skilled.

Early 2558, he was put under the SPARTAN-IV program and assigned to Fireteam Crimson as it's leader, equipped with Recruit class MJOLNIR GEN2 Armor, serving in the Requiem Campaign. After his flawless service aboard the UNSC Infinity and leadership with Fireteam Crimson, he was chosen among other SPARTANs to embark on a covert torch and burn operation on Venezia.

Genres
I am a huge scifi nut, both in previously established settings (Star Wars, Warhammer 40k, Mass Effect, ect ect), fantasy, and I'm generally willing to give most settings or genres at least one go before judging them.

This looks absolutely awesome, I'll have to get started putting together a CS, believe you me. If you would have me, of course!
Reactions: Rashuad-012
R

Rax Rosetta said:
This looks absolutely awesome, I'll have to get started putting together a CS, believe you me. If you would have me, of course!
Click to expand... 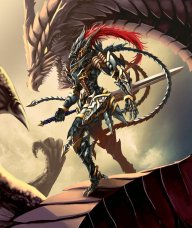 The lost one. Again.

Are you still doing this?
R

DragonFist1988 said:
Are you still doing this?
Click to expand...

Genres
I am a huge scifi nut, both in previously established settings (Star Wars, Warhammer 40k, Mass Effect, ect ect), fantasy, and I'm generally willing to give most settings or genres at least one go before judging them.

Personality and Traits: (BE EXTENSIVE)