Original poster
Welcome all welcome to the thread that has some great imagination. Throughout October I'd like to see some of your own drawings that look like possible Halloween creatures. They can be anything from the classical vampire and grim reaper to something completely different. Does not matter your skill level as it is just for fun. Now have at it! I will start the mass fun with a picture of my own.

It was originally supposed to be concept art of a Forbidden Beast from ICSYL but it came out looking scarier than it was worth. So I've saved it until now and here you go. 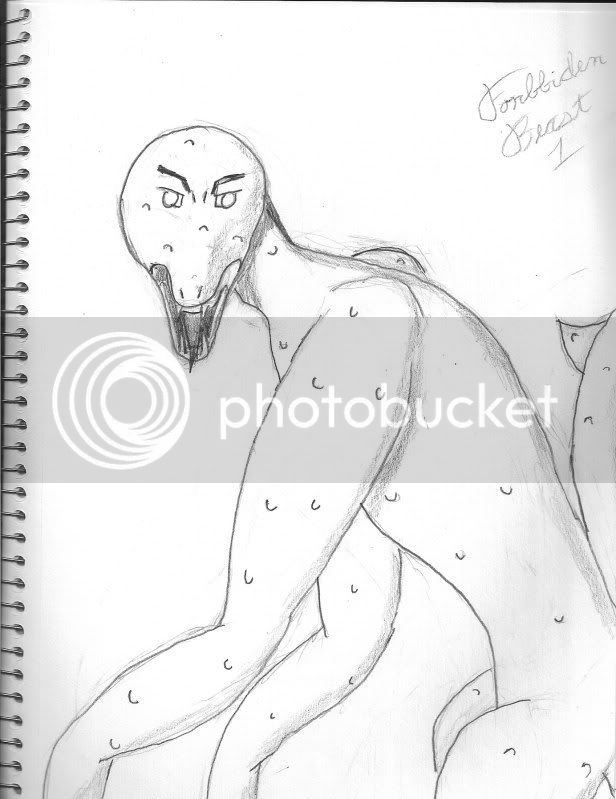 You can already draw better then me...Maybe I will submit the Desecration Doodle for perusing at another time.

DONATING MEMBER
FOLKLORE MEMBER
I drew this a while back, when I just started reading a lot of H. P. Lovecraft's work. It's not of any creature specifically, but it seems to fit with the whole halloween monster theme. 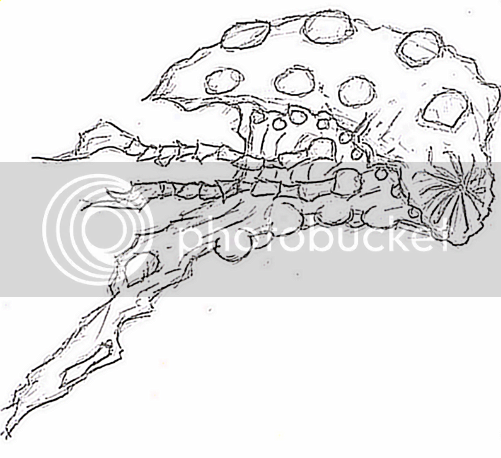 Original poster
I like it. It seems to be like an Overlord from Starcraft mixed with a Jellyfish. That'd be some scary stuff.

You know that's the scariest thing you'll ever see...
D

Jack Bauer said:
I drew this a while back, when I just started reading a lot of H. P. Lovecraft's work. It's not of any creature specifically, but it seems to fit with the whole halloween monster theme.

Original poster
It looks like the Oohms from Nausicca and the Valley of the Wind.. at least I think so.

It's like a bubbly spacecraft..... with tentacles for rapage....
C 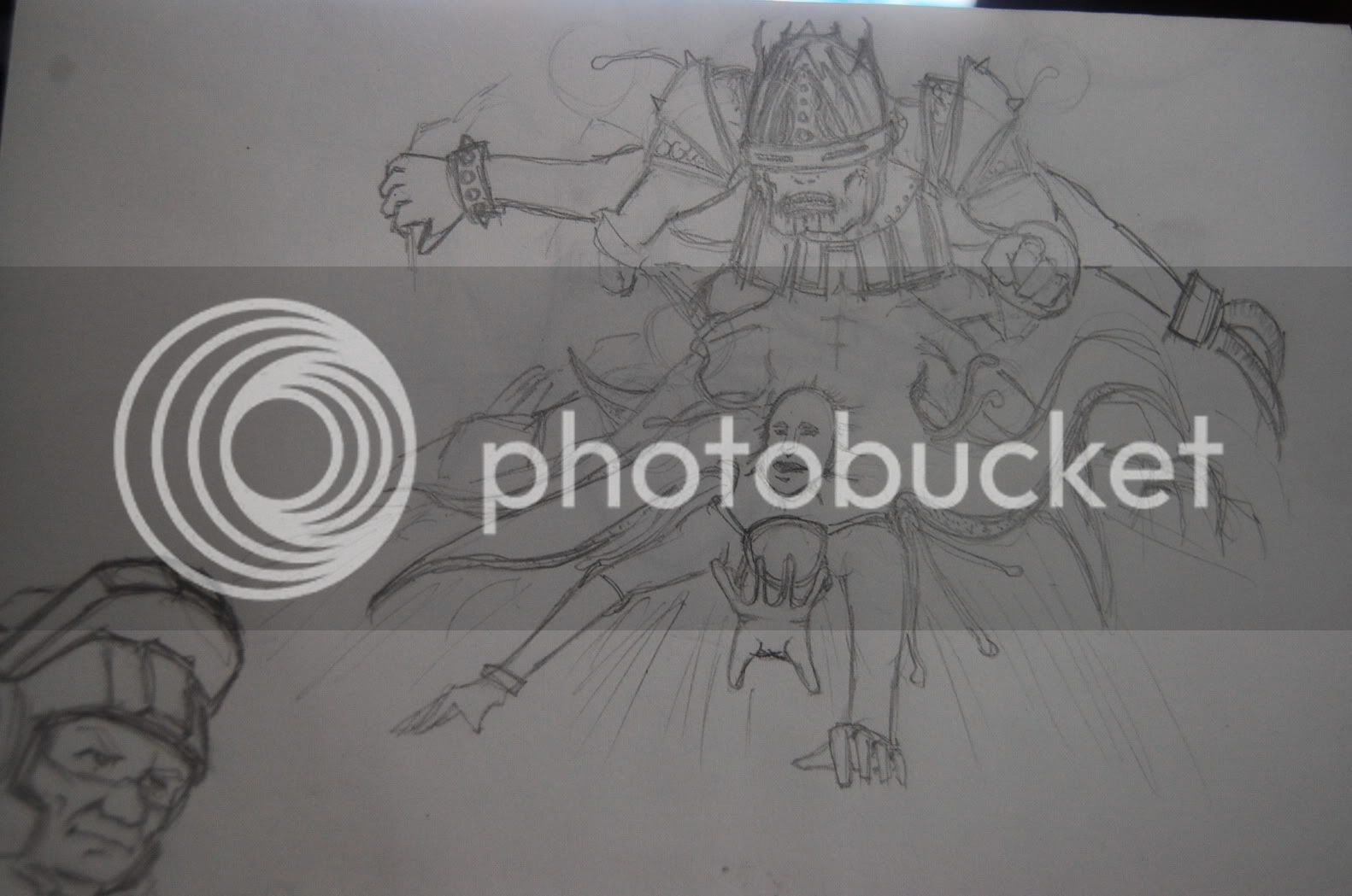 A spawn of both magic and science, a fusion of beings both human and inhuman.

It hides its true face out of shame, realizing that it was once an ordinary person like myself.

With its numerous limbs and appendages, it knows only slaughter and destruction.

And the creature strikes out at its unsuspecting prey from an abyss which only the brave would enter. In the darkness, the monster provides its own form of illumination: several of its smaller limbs shine with the sun's blinding radiance.


And, you know, I can already imagine this thing wielding guns. Lots of them.

OH MY HOLY MOTHER OF SPAM ON A TRICYCLE!

*TK hides in a vault, freaked out of her mind*
V

Original poster
That abonination need to be purged, its death will be a mercy.

I have drawn something, but neither cell-phone cam, nor webcam can are good enough to show it clearly, So I'll put it up next week. I hope.
C

Original poster
Oh, the guy on the left will purge it. With lasers and a shock baton.

Protip: The 'true face' is at the bottom. Who knows what the monster is defending.

And Grumpy, that creature of yours looks mighty fine. Could use some refinement, but it's easily stranger than mine.
C

Original poster
I can draw too, my specialty is anime/manga style. Too bad I have no scanner to put it up here. Y^Y

You can always try what I did when I was younger, Angie!

Original poster
In case I can't use a scanner, I use a SLR; try it. Just make sure you have sufficient light.
S