I only play females, I haven't written male enough times to feel comfortable to write them.

2-4 paragraphs is my reply/post size

When making a character sheet with me I ask that you take time to pick out a creative name. I myself have an actual unique name and so does allot of my characters ex: Phoenix Acadia, Saffron Taye, Lilithia Lucifer La Deviant, Rosalia Lavantine etc. I just ask that it be original, and well thought. I also would prefer anime photos then real people.

On to the images!!


Phantom of the Castle

When it turns the princesse's 18th birthday a mysterious man shows up and keeps appearing around the castle.
Not All Elves are Innocent

A young elf was sold illegally to a Vampire baron. The baron isn't the nice man ever but he sure is seductive.
Pride vs Heart 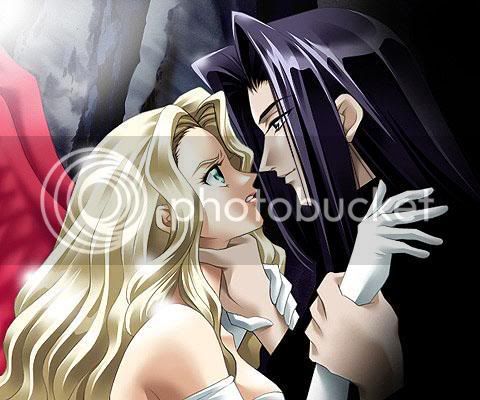 Classic story of servants of Light vs servants of Darkness, where the demon steals away the angel and tries to get her to love him but her pride gets in the way.
Vicious Winter Victory (ANTHRO)

Angry were wolf seeks revenge after a princess stripped him of medals and was shunned by his friends. One night the wolf staggers upon the same princess who doesn't reconize him. Enraged and drunk he takeshis chance for revenge.

Original poster
I would be interested in the Phantom of the Castle if still open.
C

CrowOkatagi said:
If its still open i would like phantom of the castle as well @Kuroka Mocha Nekoccino
Click to expand...