The year is 2015, it's been an eon since the Greek Gods came into existence. Now, they are fading away. In a last ditch effort they turned to their children and some humans, choosing them as the ones that will succeed them. They created a school called Godling Academy where these chosen ones can learn how to become a god or goddess. Only one of each God can be chosen and only one can achieve godhood.The way your character reacts to certain events like in the classes, your own dorms, or the magic practicing room will decide ultimately if you are fit to be a God/Goddess. This academy will help you realize the potential that you have, the truth of who you are, your own history, and your destiny.​


1. At minimum one paragraph each post, anything less will earn you a strike.
2. Three strikes you are out of the RP.
3. No powerplaying, godmoding, overpowered or perfect characters.
4. No drama out of character, that's a one way ticket out of this RP.
5. Three characters max, including teachers.
6. If you have questions ask me or Anas
7. Don't turn this into a 1x1 wait for 2 people to post before you post again.
8. Only one character per God/Goddess. There are a ton of them don't worry.

Would it be possible for me to take Prometheus? [This would be for both him and his successor]
N

I'll reserve him for you.
N

I saw that you were interested in this on RPN, though would you want to join it here?

1. Are Titans and primordials allowed?
2. Are beings that are 'technically' gods such as Typhon(Half-brother of the Titans) or even the Gorgons allowed? How about beings descended from gods such as Cerberus, the Chimera, and dare I mention the Lernean Hydra?
3. If I'm making Typhon's child, can I make said child monster-humanoid to some extent? I'm thinking a Harpy, since some records state that Harpies were born from Typhon, while others state that they were descended from Electra. Maybe I'll split the two into subspecies - Typhonian Harpy and Electran Harpy.

I'm deciding between Cronus and Typhon, so I would like confirmation before making my decision.

1. Are Titans and primordials allowed?
2. Are beings that are 'technically' gods such as Typhon(Half-brother of the Titans) or even the Gorgons allowed? How about beings descended from gods such as Cerberus, the Chimera, and dare I mention the Lernean Hydra?
3. If I'm making Typhon's child, can I make said child monster-humanoid to some extent? I'm thinking a Harpy, since some records state that Harpies were born from Typhon, while others state that they were descended from Electra. Maybe I'll split the two into subspecies - Typhonian Harpy and Electran Harpy.

I'm deciding between Cronus and Typhon, so I would like confirmation before making my decision.

1. Yes they are.
2. No, no monsters like that
3. I would prefer you not to have Typhon's successor, that would be way too OP.

Nico said:
1. Yes they are.
2. No, no monsters like that
3. I would prefer you not to have Typhon's successor, that would be way too OP.
Click to expand...

I was thinking that under 'Powers' it would be just Flight, bird-like traits and a non-venomous snake tail. While maintaining the image of Typhon, I'll definitely avoid God-of-Destruction level stuff at the start.
Are you talking about late-game OP or start-game OP?

But, anyways, I guess I'll start on Cronus' successor.

God/Goddess:
Cronus, Deity of time and King of Titans

Sexual Orientation:
She is unsure.

History:
The Satellizers were a family of Monster Hunters in Italy.

Special Belongings:
When Cronus chose her, he had given her a scythe with a crystal-like hue. Saturn calls it 'Harpe II'.

Original poster
Yes they do exist actually, some of the tasks the Gods in training have is to defeat monsters.

I'll make a daughter of Hephaestus even though I like Vulcan more. 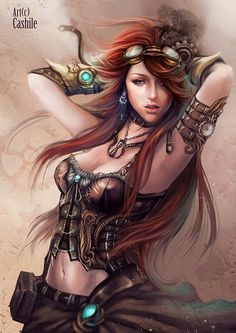 
Sexual Orientation: Bi-Sexual- She considers love of any kind to be love between two people.


Personality:
Avalia is an individual who seems to get fired up over almost anything involving false science. A true intellectual and overly sporty to boot. She finds anything difficult to be overly easy but also finds things overly simple to be the hardest things possible. She finds herself to be between talkative and silent depending on the conversation but is also overly flirty to those she finds worth her time. Beyond all of this she is not afraid to solve issues that words will not.


History:
Avalia from an early age had shown signs of advanced cognitive ability stemming from many years of avoiding anything having to do with just 'girly' objects. Her parents believed in raising her in a way that eliminates the difference between girl and boy personality's by giving her both ends of the spectrum.

This adaptation to her upbringing allowed her to experience a whole new perspective that had left a massive impact on her mindset. Being given Lego toys and action figures as well as the more girly spectrum of dolls and play houses she adapted this all as she grew up. These impacts had made her teen years very interesting considering she was much more balanced in what the stereotypes were for genders.

This entire childhood experiment was backed by both of her parents. One, has a doctorates in Psychology which was her mother and her father has a Doctorates in Biological Sciences. Both of her parents continued this impact by giving her the best they had to offer in money and in young tutelage. Due to this Avalia excelled in all aspects of her academic upbringing and even in Soccer through the years of High School she attended.

It wasn't until she turned seventeen that things with her began to change. Being chosen by her family's Patron God Hephaestus left her almost in shock for several days. Unsure if what had happened was true of if it was even reality she passed it off as if it was nothing. Things did not come together for several days. This all ended when she was given two gifts and things began to turn crazy.


Special Belongings:
A large one handed sword wrapped in flame. Forged by Hephaestus himself for her- Eruption 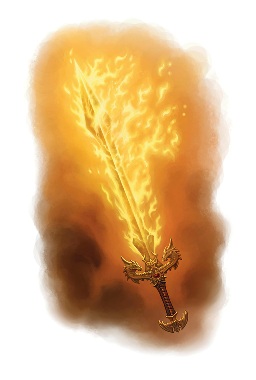 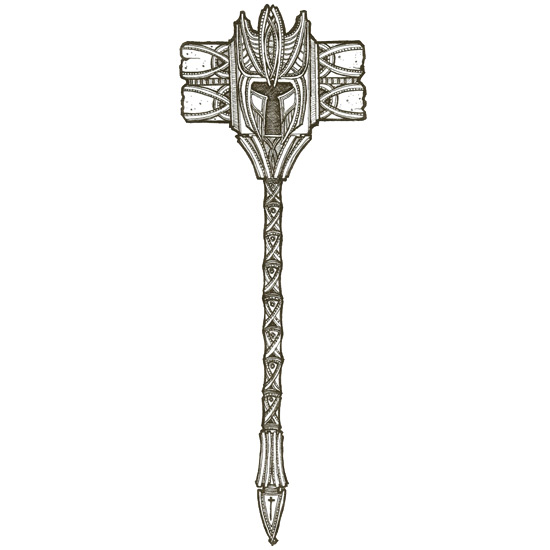 
Other:
She suffers from Instability at time due to minor lapses of Mania.​
Last edited: Jul 19, 2015
D

Original poster
Can I reserve the successor of Morpheus?
N

Original poster
Hello, I have a question? Is there still room for any more characters? If so, can I take Nyx? The Goddess of Night?
Last edited by a moderator: Jul 19, 2015
N

Original poster
Yes there is and sure o3o
Reactions: Heichou
D

@Heichou According to the family tree, Nyx is also mother of Hypnnos. Hypnos is the father of Morpheus.
Our characters would be distant relatives, lol.
Reactions: Heichou
H

@Heichou According to the family tree, Nyx is also mother of Hypnnos. Hypnos is the father of Morpheus.
Our characters would be distant relatives, lol.
Click to expand...

I wouldn't mind that at all if they were some sort of distant cousins.
Reactions: Doc_Halladay
D 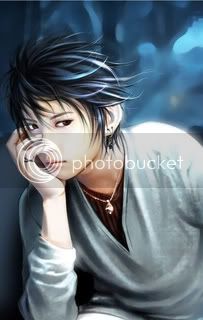 Name:
Klaus Hak-Kun Robinson
Age:
19 years
Gender:
Male
Human or Demigod:
Demigod
God/Goddess:
Morpheus, God of Dreams
Sexual Orientation:
Homosexual
Personality:
Quiet and retiring, Klaus is one to watch a situation before participating in it. He is well-read, and as a result he is very knowledgeable about the Greek myths. He prefers to take a logical approach to situations, finding it difficult to feel his way through at times. Klaus enjoys challenges that stimulate his mind and really dislikes the ones that make him work too hard. In battles, he prefers to be the strategist or the monster bait. If called upon to lead, Klaus will do it but as soon as a more suitable leader comes by he is more than happy to give up his charge, whether the other person wants it or not.
History:
Klaus was born to Morpheus and a Korean exchange student. Unlike many of the gods, his father actually took a decided interest in his early life, even going so far as to name his son and allow him to take his human last name. While it was a pleasant start, there came a time when the father was forced to leave. Hypnos, God of Sleep and father to Morpheus called his son back to Olympus. Klaus and his mother were left without the father without knowing why. Starting life over was difficult for Klaus's mother, but a strong family base helped her to get back on her feet. While his mother worked days, Klaus spent time with his grandmother. Things were difficult, but life at home was still happy. The young boy's ravenous desire to read was nurtured by both his mother and grandmother, the former of which insisted that he learn to read English as soon as he was able.
Klaus matured into a well-rounded young man, though there was one large setback: there were times he couldn't keep awake. On top of that, he swore he could see things like the occasional manticore. The main problem? No one else saw these things and Klaus's teachers thought it was a cry for attention or a sign that he was abusing drugs. He wasn't, but after a year of putting up with it, he simply stopped arguing with them. A multitude of other things started to plague him, but these he kept to himself. It wasn't until Morpheus contacted Klaus about an academy for his kind that things started to come into perspective.
Powers:
Klaus is able to see things, namely monsters, that conceal themselves from the human side of the world. This ability drains his energy, causing him to fall asleep at inopportune times.
Like his father, Klaus is able to appear in and enter the dreams of others. However, he has only recently discovered his ability and has yet to master it. He can only use it while sleeping himself and might not wake for several days after using it.
Special Belongings:
A book entailing the entirety of Greek Mythology, written in Korean.
Pet(s)?:
Does a stuffed seahorse count as a pet?
Other:
Klaus has a relative at the school, but he hasn't met them yet.
​
Let me know if there's anything I need to change or clarify.