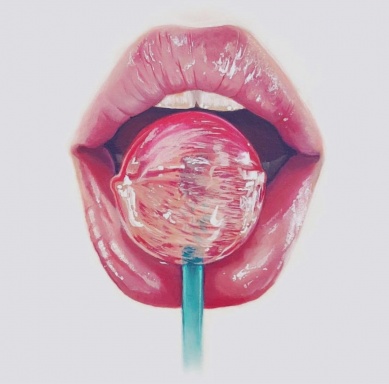 History :
A time before the plague hit, Chaske was a straight A student, with plans to study at Johns Hopkins University for a medical degree. He wasn’t the type to get distracted by girls or social interactions, mostly keeping to himself and studying for all of his classes. The only person he would consider himself close to was his twin brother Togquos, who took a different lease on life. Tog, care free and stubborn, had a knack for finding trouble. Their parents clearly favored the first born of the twins, mostly due to Chaske’s level headed nature. A year before the plague hit, Togquos had found himself in trouble with law enforcement, not for the first time. However, after sending him for a mental evaluation, their parents decided to send the boy off to a center for troubled boys. Right before Tog left, he told his twin of the diagnosis that he had been labeled with. Pyromaniac. Chaske felt fear for his other half, expressing his desire to go with him to his parents whom wouldn’t even entertain the idea. After Tog was sent away, Chaske wouldn’t hear from him again before the plague hit.

When people began getting sick in the city, Chaske and his parents decided it would be best to leave Omaha, Nebraska. They would make their way south to a more rural area, one with very highly rated local schools. Of course, the idea that whatever illness had set in across the States would die down eventually never came to fruition.

When his Father became infected at the local hospital, working as a nurse, Chaske’s Mother began to care for him. He passed away in two days’ time, leaving both Chaske and his Mother with a new fear. They differed on their opinions, and Chaske left their suburban home with the intention of heading to the facility that Togquos had been shipped off to.

The Center was burned down when he arrived, the bones of the building still smoking in their crumbled state. With no clue as to where his brother may be, and with winter approaching and the world he knew growing worse by the minute, Chaske began to travel to the only place he thought may be safe- with the hopes of finding his brother safely behind its walls.

Chaske arrived at Charcity in the earliest of its formation, the rumors all holding a positive note- a rare thing in the degrading civilization. His stay would last for several years as he watched the structure of the safe haven form very strict regulations around it’s ‘citizens.’ He found a doctor to study under, learning a great bit of knowledge during his years. He gained special privileges being the future of their medical teams in Charcity, but upon learning the darker side of the leadership and it’s ‘special’ medical wings, Chaske decided it was time to leave. With great difficulty, he began doing runs with some of the larger scavenger groups, gaining enough trust to go out in smaller groups and eventually on his own. He slipped away after months of close encounters with zombies.

On his own he traveled east, looking for any place that may be deemed safe- but never finding anything safe enough. He avoided people as often as he could, often finding himself in a struggle with his morals. On the few occasions he stepped in things often went wrong, leaving Chaske in dire situations. On the day he found a woman screaming out, suffering severe labor pains, her significant other in a panic over the noise and whom it might attract- Chaske stopped to assist. Feeling a growing anxiety, he knew by being in the same area with someone making such a ruckus, it would draw too much attention from the dead and the living. He helped deliver the newborn and handed him off to the ‘Father’, turning his attention back to the woman bleeding out in front of him. The incident grew dark quickly, and Chaske found himself face to face with the local gang, a knife at his throat.

Just as he had interfered, another small group had come to his rescue- apparently morals still did exist. He was rescued and joined the small band of people along with the Father and baby- though the mother died from too much blood loss. He found a home above the ground, a series of tree houses, fortified from intruders. A series of ziplines connected the buildings, though everything was in constant need of repairs- forcing the group to send out scavengers on a regular basis.


Appearance :
His medium brown, wavy hair is often held back by a length of vine when on the road, though around home he leaves it loose. Chaske wears worn jeans, and a leather jacket, a style he often feels out of place in, though it leads to heavier protection when out on runs. The soles of his boots are worn thin, a hole forming in the heel of his left boot. When in the trees, he goes shirtless quite often, all to keep his sweat at bay. He has a burn mark on his right shoulder blade- when asked he always provides a new story to tell about it, none of which are true.


Personality :
Chaske has a happy outlook on life, even after the apocalypse has turned everything to shit. He often finds ways to make light of bleak situations, all with the hopes of keeping everyone a little more sane at the end of the day. He is a listener by nature, and has a keen eye for when others are feeling off. His need to heal seeps through in most of his actions- including the little things that help remind people of the way things once were.

Though he finds ways to bring small joys to others in their small community, Chaske is often seeking solitude in order to find his own inner peace. He provides an ear for others to open up to but never fully opens up to anyone around him. His mind is often drawn to thoughts of his twin, though no one in the community knows about Togquos.
Show hidden low quality content
You must log in or register to reply here.
Share:
Reddit Pinterest Tumblr WhatsApp Email Link
Top Bottom