Now that I did not know. For argument's sake let's say salt. We could always say it's a magic water swamp. Because fantasy

Appearance:
She wears a large bracer on her left arm which has a complex network of brass gears inside it, covered by a thin sheet of glass.

Name: Shara
Title(s): Paradox Gear
Species/Faction: Former human
Alignment: unaligned
Age: 4 years
Personality:
Shara has little in the way of a personality, and is still very much developing. She acts much like an innocent child, and is curious about everything.

Weapon(s):
Shara wields a spear, however, she is nimble enough to use it in a much more video-game like fashion than is realistically possible for a normal human.
Additionally, she has the bracer on her arm, which allows her to briefly stop time in a small instance around herself upon activation.

Physical Abilities:
Shara is very agile and fast compared to a normal human, and has almost limitless stamina. Combined with her ability to stop time for an instant, this makes her a considerable force on the battlefield. She cannot reliably deal with impenetrable armour though, since her weapon relies on being able to stab through weak points, for example she couldn't stab through bone, turtle-shell or a concrete wall. Goblins on the other hand, are a perfect target.


Magical Abilities:
Shara has a very high resistance to magic, and is equipped with means to negate spells completely. Not only can she negate spells, but she can then absorb the spell and use it to power her own abilities. Which ability it boosts is usually dependent upon the magic type involved, for example a fire attribute spell would boost her physical prowess for a while. An extension of this negation also allows her to silence enemies for a short time. (Silenced is an RPG term meaning unable to use spells)
Shara has no soul and is missing several vital organs, making her immune to things like Detect Life and Crush Heart.


Weaknesses:
Shara is completely incapable of using magic herself. Though she can store near limitless quantities of mana, she must constantly drain this to stay awake, so she must regularly absorb spells, which can be a dangerous process if she fails.
Shara cannot wear armor besides a few plates here and there, and would be too heavy to move properly if she did.
Shara does not class as "life" for the purpose of spells etc, so healing will not work on her.


History/details:
Shara, known throughout the scientific community as the Paradox Gear, is the final project of a now deceased magician experimenting in applying magic to technology and visa-versa. The experiment itself was relatively simple - "Can we resurrect a dead body without bargaining the soul off of the gods?" Of course, the answer should have been 'no'. Even the people doing the experiment expected it to fail, but they had nothing better to do so did it anyway. All of the major organs that relied on a soul to function - the brain, heart, liver and several others were replaced with intricate clockwork contraptions. These contraptions were made of a mix of bronze large gears and small gears made of a variety of precious metals and stones renowned for a natural affinity for magic. They also contain pendulums as pace makers. Strangely, these mean that Shara has to move in a very rhythmic fashion, as if dancing to inaudible music.

The principals of the mechanics are quite easy to understand - force magical energy in the form of enchantments to act like a soul does. Creating this artificial soul required a huge quantity of energy, so was done in the Kaien caves where they also got aid from an Acolyte to prevent the used body from decaying. A large quantity of additional energy was also needed to run the 'soul' machines; if she cannot absorb enough, she will essentially die. The artificial soul runs rather like a computer's software. Each time it is rebooted, a new instance of the software opens up using the files stored - the memories. If she does run out but then gains more energy, she will reboot as a different consciousness. The memories and personality will be almost identical though, so few people would be able to tell the difference.

The experiment itself was very valuable to the scientific community, as it offered insight into what souls were and how they worked. Specifically, they managed to discover that each soul has a "resonance" - that is, the ability for that soul to use magic. Ones with very little resonance are rather untalented and are essentially normal people. Ones with a high value are prodigies. Resonance can have different types too, which provide things like elemental affinities. Resonance is exactly that - similarities of wavelengths of energy between the soul and the magic. Shara, as an artificial soul, is the only known 'living' entity with a negative resonance value; to be exact, a value of -1. This opposite resonance provides a very high resistance to magical energy. Psychics shit: [spoili]This is much like how a very short building (which has a very low resonance) will easily outlast an earthquake (which usually have very high resonance values). Resonance will increase the amplitude of waves if the wavelengths are roughly the same, but will conflict if too different.[/spoili].

While Shara cannot use magic due to having a negative resonance, she can however use a form of pseudo-magic - that is, creating energy waves using her spear which have a vastly different resonance value to the incoming spell in order to negate said spell completely. If an assailant or group of assailants have roughly similar resonance values, she can also negate the souls for a short time, making them unable to cast any spells at all.

Original poster
Quick question. Is Shara's resurrecting faction of any of the religions or a rogue thing?

That shall be explained when I write her history. It is not a religion nor is it technically resurrection.
J

Original poster
Okay, then I'll wait until you finish the history to add her in, since I just would like to make sure it matches up with the Gedar stuff.

I think it should be OK, I don't think there's anything particularly drastic in it. I have explanations for everything that might be dubious.
J

Original poster
Alright then. I'm still gonna go ahead and wait on the history for that one if you don't mind. Undead things are a little iffy for me in this because there's not really a thing for them, and I'd like the explanation before I approve it.

Explanations are up. Tell me if theres something I forgot to explain. Personal history for her and Aeru (or whatever her name is, I forgot) will come tomorrow probably.

That's some surreal shit right there 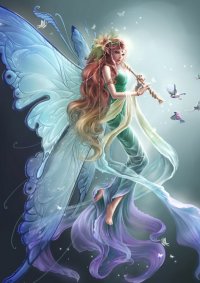 Though, if she has no soul would she still have feelings? Because that comes with a soul... Right?

You're stepping into the limbo that is what makes living living.

I'd rather not go into the whole "Are souls real" discussion. If anyone wants to, then PM me so we don't flood this thread. I'm of the opinion that they're not, which is perhaps why I'm ok with making artificial ones.

What do you mean by 'limbo'?

Karakui said:
I'd rather not go into the whole "Are souls real" discussion. If anyone wants to, then PM me so we don't flood this thread. I'm of the opinion that they're not, which is perhaps why I'm ok with making artificial ones.
Click to expand...

I understand very much so. But I was talking the souls within the Gedar world.

It's a topic that can be argued so easily from one side to another that it has no end, and woth no facts about it, it won't ever be answered

The soul dilemma will be solved eventually. The conclusion will be drawn from whether or not we can explain the function of the "free will" through purely rational processes. There are two ways in which the soul can be disproved - either, we find explanations for everything to do with free will, consciousness and memories, or we successfully build an AI that can be mistaken as human. if neither happen, then chances are, souls exist.