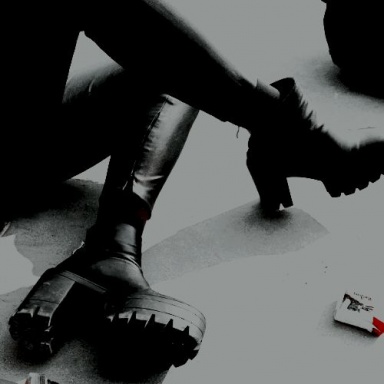 This nightmare ends - we can all wake up

Hello!
This is a partner search for anyone willing to indulge me in some of my fantasies and half baked plans. Only reason I slapped F x F on the title is because I'm a sucker for some fluff and romance at times, but am only accepting romance in that form.

I am a student at the moment, and my Winter Break is coming up soon, in just about a week, so hopefully if anyone takes interest, we can plan for about a week before diving right into some RPing. I hope nobody really minds that this isn't so much of a 'All About Me' as it is a 'What To Expect' section.
​


[fa=#ff4d4d|fa-star][/fa] RULES [fa=#ff4d4d|fa-star][/fa]
⊸ I ask for at least 4 paragraphs per reply, at the very minimum. [One Liners/Fragmented Sentences/Dialogue Line does not count. I hope I don't need sentence minimum here too]
⊸ No One Liners
⊸ Be as literate as possible. I'm not asking for you to copy and paste into docs for spell check, but if I have to constantly PM, or OOC, for a translation, we have a problem.
⊸ I will only ask 1 to 2 replies a week. Perhaps more while I'm break, but I'm a very slow roleplayer, heads up for all of us here.
⊸ Let's promise to be chill if one of us decides to drop the roleplay. If you leave without a note that's fine, I can take a hint and be cool with it. If you got a reason/excuse, that's cool too. No hard feelings.
⊸ I have no preference whether it's in threads or PM. PM offers privacy for the RP, and in threads, I guess we can pull some fancy coding onto the table.
⊸ F x F only. BUT I will be taking different gender identities and sexual orientations into consideration and taking note of it.
⊸ Romance can have its place in the roleplay, but never take over
⊸ I'm not looking for 100%/OneShot Smut
⊸ I know it isn't right to demand this, but when making your character(s), please let them be as original as possible, it's so cringey sometimes to see a walking stereotype constantly, seeing as we're reading it.
⊸ I refuse to carry all of the workload [And all you making your own search threads should too!], this isn't me giving y'all a free ride. I need someone who can carry their own weight and give suggestions, offer their own ideas onto the table, contribute to the plot, the worldbuilding, and whatever else. Also, don't let me dictate everything.
⊸ More of a warning than anything, I refuse to answer by phone. So if I'm out, and reading a PM by phone, know that I won't reply to it. Ever. I'll wait until I get my hands on a keyboard to give a proper response.
⊸ Do NOT mix OOC and IC ever. Even if it's just one line, don't put it in (( - )) at the bottom of your message, or in a spoiler, or in anything else - put it in the OOC tab, or hell, I'll even make a completely separate PM just for OOC.
[fa=#4dffff|fa-star][/fa] PAIRINGS [fa=#4dffff|fa-star][/fa]

Ignoring the sad length of the list, I hope that you will find something of interest.

I don't mind mixing some of the pairings and the ideas together, or even somehow mixing all three of them together, that'd make one fun RP to try. I'm also aware that the list is very vague, as to what exactly I want, or am looking for, but hopefully you can come up with some of your own ideas to, preparing a roleplay always welcomes a bright new idea or two from a fresh set of eyes.

For some of these, you might find that you will HAVE TO play multiple characters - your own character, side characters, NPCs, Villains, etc. In addition, for some of these ideas, we're going to have to buckle up and prepare a fresh new world. Hopefully you're up for that, because when I said I didn't want to carry anybody on a free ride, this is what I meant.

For FANDOM ideas, I don't want any CANON x OC, pairings to happen. Unless it's an NPC, just not your character. I also don't want to just make a parallel of the series/game/show/manga/etc. with different characters and names, I want this to be something OC/AU centric [As awful as that sounds]

If you need/want more information, feel free to check my resume, that thing actually covers a bunch of things already ... At the moment, maybe I'll take 3 or 4 people. I have yet to learn of my limits.

I'll think of more when they come to mind
If you are interested in anything, feel free to drop a PM or leave a reply in the thread, I'll do my best to get to you as soon as I can. Thank you for your time.​
Show hidden low quality content