From the war that slew all, rose from the ashes those who will change the future (The realms of Anoici) 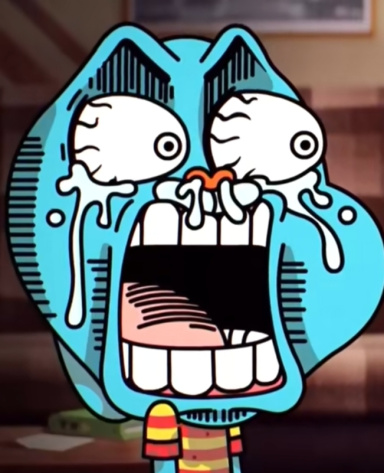 A faded light finally extinguishes as a torch who had not seen life ignites
War. The cancer that cannot be cured by any doctor, and is spread only by those who do not understand it. Those who see it never want to see it again, and yet those who never see it call for its revival. Death, Destruction, and chaos breed ingenuity, creation, and life.
​
This is the realm of Anoici. A war-torn continent who has very rarely seen peace, but when it does, sees invention and creation unknown to any other location. A large, hexagonal main island is surrounded by 5 smaller islands of unorthodox design and culture. Burnt and scarred splotches of land pepper the lands between them, and wildlife has adapted in odd and sometimes dangerous ways.

To the south,you have the 2 nations of Batheros, populated by humanoid creatures who have adapted to the bitter cold through titanic sized steam engines of which their cities are built around. Short yet stout, these hardy people are considered the most welcoming of all the inhabitants of the realm, all thanks to their commerce being heavily based on foreign trading and the easiest port to get a passport into the main island. The westernmost settlements being more fishing and hunting based while the westernmost ones farming and inventing, discovering new ways to transport goods against the bitter cold. They have mostly been able to avoid the wars due to the cold killing of opposing troops.

To the north,you have the kingdom of Tai-Ran. An industrial mega house of war machines, technology, education, and honor. These tall, formal elven-like people are usually the forefront of any war effort that breaks out, both the acquire new technologies they could not invent and to suppress anyone who dares oppose their regime. Xenophobic to the extreme, the only people allowed into the cities are noblemen/women, those of high importance, or immigrants who can pass their extremely lengthy and difficult immigration tests, which usually include fighting and potentially killing a target of notice from the Queen and Kings. Anybody who is born in a Tai-Ran city is not allowed to leave for any reason until their 16th birthday, and if they move out they are forbidden from returning. As cruel and unfair as this may seem, you will never find a more bustling hive of invention and creation as you will here, and they have been known to offer scholarships to their schools for higher education in the arts, technology, and agriculture.

Finally, to the east and west, separated by the vast main continent, you have the nomadic Woshadi's. Never known to stay in one place for long, these people are known for 2 things: their cool, almost monk-like attitudes in their elders and their medicine. What they lack in military might or agriculture they make up for in their almost futuristic levels of medications, both by drugs (including recreation) and by herbal medications. These are considered to be the most warmhearted of the people, allowing anyone and everyone to becoming a Whoshadi by simply helping them for 3 months at an internship or apprenticeship. Given their good nature, they are often the target of the Tai-Ran's, but together with the Batheros they are able to defend themselves until the Tai decide the war effort is no longer worth it. Woshadi also has perfected the fastest mode of transportation to date: Aircraft. The Tai's have hulking, loud, and expensive war blimps and the Batheros may be able to ride the oceons and rivers like fish, but only the Woshadi are able to fly swiftly in the air with their one man aircrafts. Its almost as if they can fly themselves, but do not be fooled: that bird shadow in the sky may just be a surprise attack waiting to happen.

The end of the last war, dubbed the Unification war, has just ended. The Tai spread their troops far and wide in order to claim all of the landmass as their own. After a solid 200 years of relentless fighting, the fires of war have subsided and left destruction and devestation in their wake. The leaders of the 3 main kingdoms bound tegether and decided the people and, more importantly the land itself, could not survive another war such as the Unification war. The land is almost infertile and a large crack has appeared around the Bathoros Bridge, the main connector between the cities of Bathoros and the main landmass. During diplomatic sessions, an agreement has come forth: A tremendous structure will be built on the main landmass so the people of all cities and kingdoms may come together and mingle as one. After another 100 years of building, the large building has been constructed and dubbed "The Sky Haven". A 50 story tall and 50 story wide building of schooling, agriculture, skill education, and tons of other, freelancing skills. Open to all and any.