It's been almost twenty years since the War ended. The death toll was almost incalculable. Entire cities were all but wiped out, the government completely obliterated, and those who survived were scattered far and wide, struggling to survive. The most entrepreneurial individuals took control, and while some gathered people into new communities and began to rebuild, others did their best to keep people subjugated. This has resulted in a cutthroat free market which sprung up in the final years of the war, trading in everything from basic supplies to extravagances, including people.

The slave trade that has sprung up ranges from orphans to individuals who fell into debt to the free market and were enslaved in order to pay their debts. Slaves are sold for all sorts of purposes from manual labour to pleasure. Those who try to live morally in this lawless time hate the trade, but are powerless to stop it. But there are others who refuse to accept things the way they are.

There is a biker gang that lives in the desert, roaming freely in the empty hundreds of miles between two communities. They're a motley group, and on the surface they simply provide the services of food, fuel, and repair as well as informal protection for the supply trucks from marauders as they ship supplies to the peaceful communities. Behind this front though, the group, most of whom are former slaves, especially child slaves, are warriors against the human slave trade. They disrupt the trade routes, sabotage the vehicles, liberate and rehabilitate victims when they can. Some of the liberated slaves return to their families, but others who have nowhere else to go often stay with the gang and help to continue the fight.

OKAY! Post your characters here, and we can get started on the plot. Any plot bunnies your characters might be carrying, please reveal them up front so we can weave them in to the story! All details will be subject to approval, but don't be scared, I'm very generous. I just maintain the right to veto.

Name:
Age:
Group: The Tribe, The Traffickers, The Taken (slaves)
Appearance:
History:
Other Info: Weapons, vehicle, skills, anything else we need to know about you
R

History: Ralph was a slave from birth, never knowing his mother or father. He was saved by the Tribe and series as the driver of the supply vehicle, as well as armorer.

Other Info: He knows his way around the hunting rifle and its "dirty" bullets. He has been known to take the head off of a trafficker at quite a range. He also drives the supply APC "Rolling Freedom." http://www.army-technology.com/contr...rish_apc_1.jpg

Rumor has it that he is still being chased by a certian Trafficer.
D

Name: Rochya Saunders
Age: 45
Group: The Traffickers
Appearance: Standing at 6 ft 2 in Rochya can be a rather imposing subject. Brown hair and golden brown eyes he has a certain rugged beauty to all of his features. Typically dressed in dusty jeans, a used-to-be-white-shirt and a brown vest with a pair of worn in cowboy boots.
History: Before the war Rochya worked the underground selling and trafficking just about anything you can imagine, except humans. Now that rules have essentially crumbled, Rochya has taken whole heartedly to the slave trade, making it his very masterpiece and doing his best to monopolize it.
Other Info: Rochya is a hard person, both in personality and in work ethics. If it needs doing, might as well do it yourself. Thats the kind of person he is, and he doesnt take any lip from nobody. His men are on a level just above the slaves he trafficks, and just below the customers he deals with, but everyone is under him. His goal is to so monopolize the slave trade as to line his pockets with the wealth of every man between the communities. If he had his way he would govern both communities and any within driving distance. He always carries on him two revolvers, one on each hip. He can be seen riding around his caravans on a beat up quad, weaving in and out shouting orders and making his men's life generally annoying.

History: Denise is one of the oldest members of the Tribe, and one of its founders. She and her young child were taken as slaves in the last few years of the war. They were brutally treated, beaten, worked, and starved in a work camp. She managed to escape with a group of fellow workers, taking the chance in order to save her child, who was sick. Unfortunately, her baby girl died in the desert before they could reach a community. Heartbroken and filled with anger and grief, she joined other escaped slaves in forming the tribe, and focuses on the children or younger people liberated from the trade.
Other Info: Momma mostly stays close to the Base, but will occasionally go on a raid if there's intelligence of children. She helps to run the shops, including cook the food in the service station, and also cares for the newcomers if they're sick or injured. She favors an old army trike, but also drives some of the quads on base. She shoots rifles and shotguns, only for protection, and can do basic mechanic work. She's a strong woman and doesn't take any nonsense, but is a big mama bear at heart.
R

How about if Ralph was one of the kids that "Momma" rescued. He kinda thinks of her as his momma since he was really young when she helped him so... Yah. When he says Momma, he really means Momma.

That's absolutely fine with her! She thinks of all the tribe members under 20 as her children. :)

I hope it's cool that I changed the app template around a little? 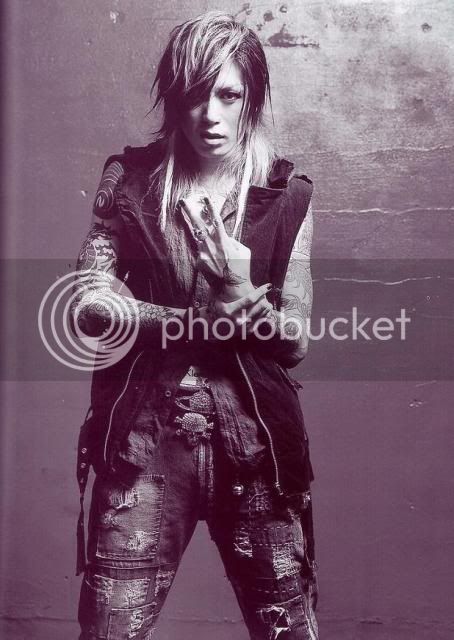 Personality: One of the oldest members of The Tribe, he holds seniority over most of the others but rarely uses it. He's a good guy, often wearing his emotions on his sleeve and sometimes that leads to trouble. He's protective of a certain female Tribe member (will be played by Magentara), playing the big brother role as he values her above all else, even the Tribe's 'mission'.
History: Seb was barely an adult when the war ended but at that time, if you could carry and fire a gun, you were a man. Just sixteen when the war came to a close, he'd seen far more hardship and horror than any child should have to. He'd lied, stolen, and even killed just to stay alive, spending the last year of the war in prison for disobeying his commanding officer. After the fall of law enforcement and government, the prisoners broke free and Seb set out travelling, taking four gruelling years of survival of the fittest until a chance meeting with Momma. Since then, he's been a part of The Tribe, finally finding his place and purpose in life.

Name: Luca
Age: 28
Group: The Traffickers; to be exact, he's a sex slave trafficker.
Vehicle: A caravan including an armored bus, a camper, and two armor plated Jeeps.
Weapons: Long wooden sword for beating the slaves. A katana that is not only priceless, but a family heirloom.
Appearance: 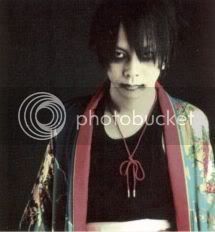 Personality: He's extremely strict and cruel. The slaves under his ownership know better than to be fooled by his calm exterior and many of them can testify to the chillingly cold anger he possesses. Afterall, there's nothing quite like seeing a perfectly calm expression on the man who is beating you half to death. In fact, he's known for viciously beating his slaves, more than once killing a woman or child.
To his customers, he is a little more cheerful, but not much. He shows them just as much respect as he thinks they deserve and not a bit more. He despises The Tribe and everything they stand for, believing that scum should not have equal rights as the better off. His main rival is another Trafficker named Rochya.
History: Born to privilege just before the end of the war, Luca knows nothing of hardships, having taken over his father's slave business after the man's unfortunate and untimely death. They say Luca's hands are stained with the old man's blood.
Last edited: Aug 14, 2014

That's fine, the template's just a basic suggestion so we get enough info. Luca is scary. o_o
D

This shoulod be fun. A rival Trafficker. 8D

Okay, let's get this going. So far we have:

The Taken:
None yet!


I think we're still waiting on Maggie, but I'd like to start working up the plot now so we don't forget about this.

I know how I'd like it to start, with the end of a successful raid and the Tribe returning to base with some liberated slaves. Some traffickers going to be having a bad day.

That said, we're going to need some people to play some of the slaves, even as NPCs.

Appearance: Flowing midnight black hair, streaked with purple, and beautiful sparkling green-gem like eyes. 5'3, yet curvy, and lithe with an almost scrawny figure.

Vehicle: A dark navy blue motorcycle. An All Terrain Vehicle.

Weapons:A pistol, and two long daggers she can throw expertly at any target.

Personality:She is reserved, and usually calm. Unless something triggers her to have a flashback. Then she can go from calm to attack mode in less than five seconds.

History:At age 16, Reyanna Meyers was abducted and thrown into the slave trade. Hers was a brutal life. Full of nothing but men who'd use her, and torture her cruelly for years. When she finally managed to escape at age 24, she was rescued from the trafficker named Luca who'd kept her in the recent Brothel. She joined Momma's gang without any hesitation, and lived only for the moment. She refused to talk about her past. At age 26, she loves riding across open plains, streets, anywhere with the wind in her face, and that unchallenged freedom. When she first became part of Momma's tribe, she was almost a shell of a person. She could comprehend orders, learn fighting skills, and travel light. Aside from that, it took her ages to really communicate like a person again. In truth, Sebastian had been the one who’d mended her internal suffering with such a tender patience she couldn’t help but trust him. The first male she’d ever let back in her heart and trust worth factor in over 9 years.

She's become a great fighter over time, and protects anyone in the gang who needs it. She's stayed by Sebastian's side throughout everything, and because of this, the two of them are very close.
R

Please use the profile we gave you! That way it is uniform!

Also, Ralph loves to read, as "Momma" likes to attest to that.

Don't worry, Raiu, I already helped her work it into the profile form, she has to add a few things before she reposts it.
D

Cammy.. I honestly cant help but laugh everytime I see your sig...

It never gets old either...
R

I heart the comic.

So far I have the eldest character.. granted he only a couple yearsish older then Mamma but still. That would be a good battle of wits betweenm the two of them 8D