Original poster
I apologize, I will not be surfing intently to discover all the wondrous and hidden content of this website.
There were over 140 people online when I signed in, so I know that there is Great and Intriguing content in places I will never find or be welcome to contribute too.

Therefor. I will be more modest, and keep to myself.
However, feel free to invite me, or ask for my attention by posting a link here.
I RP everything at an advanced level { which is not a reference to post size, but content quality.].

I have an archtype very specific to my personal preference.
My characters are 'Deep' emotionally; have ambition and have weaknesses that overshadow the success achieved from their brilliant qualities. All of them, all the time.

I prefer to play the tragic hero; the Way-wonderer; The Self-assured Leader who cannot breath wisdom into his subjects; and the eccentric companion.
and the self-righteous, misunderstood yet truly villainous antagonist/or "wizard".

I have a few roleplays I would love to get rolling and out in the open.
3 Fantasy RP's I would love to GameMaster,
- a standard fantasy with elves and dragons.
- a new age fantasy with a unique variation of dominant species in a ridiculously and unique world.
- and an original fiction-fantasy in a wonderfully cultural world.
A religion RP [which requires the roleplayers to believe in Genesis to contribute.]

I love to critique and I am a genuine companion for those who want someone to be enthusiastic about their own work. I love to assist people succeed and grow.

I try to add unique style;
interesting content;
remain relevant;
to not progress too quickly or deviate from other's sequences;
but perhaps most importantly Contribute genuinely personal content.

Over all, I am open for Recruit.
: I default on tragic hero. IFF your a girl or a friend that I trust and have experience with, I am open to eccentric companion. but I love to be the innovative and ambitious enemy { I come up with good plots and schemes which will leave you realistically reeling. ]."

PvP Combat in my RP's is turn based. Terming this "JUDO"
This means, the very movements of characters will be tracked, recorded and judged by a panel to determine whether or not it was permissible.
(killing an opponent Is permissible if it can be accounted for in the duel, Without surpassing Obvious plot elements which would invoke restraint.)

When the PvP battle sequence is complete;
according to fair and logical events. The participating parties will collectively write a Graphic illustration of the event, and then,
I will post it.
and whomever has the Right, of the virtuous privilege may Re-account it in the next post along with their own Personal Entry Content (relevant or not). [allowing for exterior events to be timelined]

Otherwise. The scene can be re-Quoted in fully original text in any other posts after the aftermath has been covered appropriately, WHere it is not intrusive, but where it will have comparable relevance to the context of a post.

>> This will be refereed to as an Arch/Loop here on in.

(I hate perverts, and womanizers, and lazy people.) { That is why I am cool. ]
[ they demonstrate a clear lack of ability to think with consideration. } { where as only I admit it. )
CAUSE: In my RP's "Baby", My characters share My personal views, and I will almost certainly be out to get you ~ With the prestigious privilege of the ability to think cognitively.
​
Last edited by a moderator: Sep 26, 2015
A


A general Champion lvl is a 3-5.​
These are the players of ultimate renown: Elected Kings, and high Priests, shamman Lords, and high Thanes; Unruly Wizards, and yielders of unworldly relics.


A Hero is on average lvl 2-4​
A lvl four Hero is generally considered Infamous; power that yields high renown and uncontestable might. (*A Faction Lord would typically come across as a lvl 3 or lower.)


Average people,
ranging from mediocre to expert wizards, and excellent swordsmen, riders of excellent mounts, and the majority of druids fall under a lvl 1-2 classification.​


Unprecedented Might falls under the 8th lvl.
This is reckless power with no obstacles or purposeful application.​

One lvl 6 creature already exists In My Plot. - but they are defeatable by reasonable might.

7: There will be 3 LvL Seven Boss Fights before the end of the Game in my RP.
These are things which a truly intellectual thing is required to overcome.
Might alone would be an unearthly thing to overcome these foes.
It will take teamwork.

Lvl 10 is a level which cannot be defeated or overcome, it can only
>> be Rectified; Detained ; or have it's Prerequisites removed.

A character can not begin at LvL 7+ and cannot ever attain LvL 9 or higher.
The higher the level the harder it is to excel. There must be a plot element for which your character to utilize to be that strong first of all, but to use it, or create a plot surrounding his being... would be extraordinary.
The full entirety of the game takes place during LvL 10; it is the hostile environment and the predetermine course of action which will inevitably invoke an Unruly end to the world. ]

For further information on Character lvl's I will present a FAQ sheet when a group has been formed.
Last edited by a moderator: Sep 26, 2015
A

Roleplaying in multiple Languages will earn you points of sorts. They will not tally or stack, and they cannot be counted. BUT, lenience's will be permitted regarding equipment, magic's, relics, knowledge, curses and alliances/wealth if your character can demonstrate a capacity to relate/interact to other cultures.

In certain cities, people will only speak a native dialect. There is NO Common tongue in this world.

This region is comparable to Luxembourg or Macedonia. There are regions which are like Turkey or Spain, but even in Spain, Catalan and Galician have a rather significant prominence.

Your character cannot have Significant guild associations without being able to demonstrate dialog in foreign text semi+frequently when the circumstances are impeding.

I would not choose the languages, UNTIL or UNLESS the group has gathered and shared their own views. If someone speaks multiple languages, This simply broadens the culture of the world, and creates a much more intricate plot with open doors all over.

-Use text to describe what was said without using word for world translations. To get the message across;
-Use Spoilers to insert rough translations or perfect translations.;
or
-Use tabs to insert translation + any further desired information (because this website is awesome*) ;
So that other users can understand the dialogs written in a foreign language.

Original poster
FUN FAQS.
Cause: you all deserve to know the basic principals of every day grammar.

"Scoop" ~ term used to express positive reception. As in a scoop of ice cream being enjoyable.
synonyms: "YES!"; "Sweet."; "mint"

A sentence is a single Idea, and therefor a single sentence can be infinitely long - So long as that idea is properly executed grammatically - as well as a paragraph with three or more seemingly unrelated topics being presented as a proper paragraph. So long as it can be rationally justified.

The problem with grammar is not the way it is written, but the way it is received. Grammar always presents a purposeful meaning, whether it was the desired one or not.

The term homo sapien is redundant and a demonstration of modern scientific practice. (The term was implemented by a man who had less education than a modern high school graduate - But he is a recognized... what?: Scholarly scientist?). For the sake of what? Used for Forcing English/European grammar on aliens** regarding the course of evolution... because high-schoolers know there is such a thing.

Islam by definition does not demand faith in the Quran as a book, but only in the truth within its contents, and as such it's self prescribed definition is True Faith [faith in truth], regardless of the nature of the Truth.

Bill Gates said 1 Gigabyte can store a life time of words. Then computer programmers designed Operating systems that require a minimum of 2 Gb's to - even - operate basic programs which use obnoxious amounts of storage space.
The word "even" is used as a conjunction. But has no actual place in a {truly} grammatical sentence.


"How can grammar be used differently than it has, I ask you?: Simple. Use it in dialog. And seemingly all rules can vanish.

IS that not how grammar is always implemented?"

Original poster
B U M P​

he he he. excellent.
Bumming is a reference to asking for something which is not earned, credited, deserved or Required.
A Bum and a Hobo are two entirely different things.
Hobo's don't ask for your money, BUMS ask for your money whether they are homeless or not.
K

Original poster
W-What.. even is this?
Reactions: Trapnest 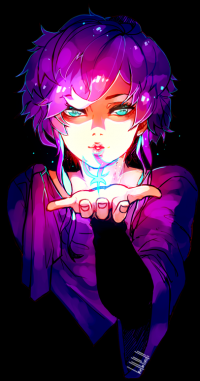 I may be mistaken, but this seems more like something one might find, or want to post in the Interest Check or Seeking Partners sections.
K

Original poster
Konnichiwa, and welcome to Iwaku, @ArcaneUnit. As @Celaira stated, this would probably be better off in and interest check or seeking partners. Though, there is a lot of info here that can also double as an about me kinda thing. Anyway, hope you enjoy your stay at Iwaku, but I'm afraid I am not what you are looking for. My post quality lacks at times, as does my post length, and frequency. Although my character creation and world building are rather good in my opinion, they're still not as good as I'd like, as I often leave things out. This is evident in my roleplay interest check+OOC for Etera.

No real reason for my blabbering on like so, I just felt the need to explain a little as to why I'm not a suitable candidate for your specifications. ^-^;

Sayonara, for now! *hops away into her den*
Show hidden low quality content