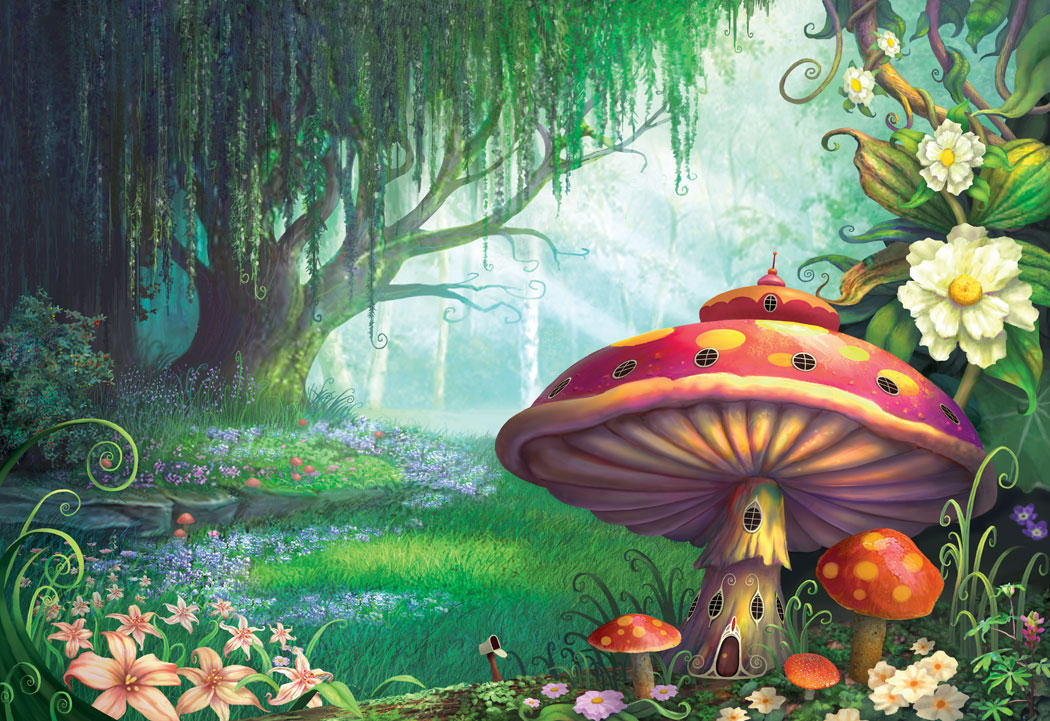 There is a Forest called Hevandale; it is peaceful and pristine. This forest is inhabited by the Dobutsu. They are animal like in appearance, but acted much like humans. The Dobutsu are creatures that came from the realm of the fay. The magic from the fay leaks into the forest into the energy known as Ichor. The Dobutsu has a dependency on this energy, because of this they eat only what's in the forest which has this Ichor in it: Meat, plants, ect. But recently the humans of the realm have come to hunt the Dobutsu to harvest there Ichor for there machines. They want all of it, so they have come and sent hunters and huntresses to kill the Dobutsu.

Rules:
1: No Godmoding.
2: Be nice to people in OOC.
3: No overpowered or perfect characters. Everyone has flaws right?
4: Listen to the Mods.
5: Kissing and flirting is allowed, just keep the libertine stuff in private chat.


Creating a Character:
In this Rp you can either play as a either a Hunter/Huntress or a Dobutsu. The Hunters use Post Modern tech and are occasionally humans. While the Dobutsu use magic and are like humans but with animal features; be them like Nekos, or Furries (Preferably like Nekos). The Dobutsu are limited to only one magically ability and are allowed to use more primitive weapons like spears or sword.

(Anime Picture of Character) <- Optional
Respective Animal: the animal your character is: fox, horse, bear, fish ect
Full Name:
Used Name:
Age:
Gender:
Sexual Orientation:
Ability: if a Dobutsu your one magical ability. If a hunter what gear you use.
Personality:
Background:
Appearance: If you don't choose a picture​

If there's anymore just tell me

It'll take me a while to come up with a character but I'm thinking a nekomimi or a Kitsune. (For the record, you mean Nekomimi, not just neko, since neko means "cat" and "nekomimi" means "cat ears".)

@_@ Oh, dear. May I ask for a different color for that first chunk of text? It's nigh-unreadable on this dark theme.

I think I might be a fish girl or something I already got two pictures I might use.

I'm planning on my character being a bear. Just so you know, though, I probably won't be able to work much on my CS until tomorrow.

I'm thinking of making the kitsune head of dobutsu military?

That's cool, I might play to two characters sense we don't have many Hunters.

Ill make 2 then too. i'll put em up some time tomorrow though since now I must sleep. 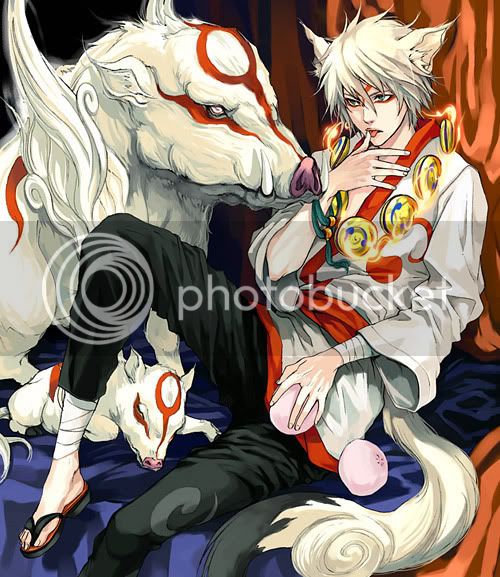 Respective Animal: Okami/Wolf
Full Name: Kuroh Kirishijibasu
Used Name: Yato
Age:46
Gender:Male
Sexual Orientation:Straight
Personality: Can be Stubborn, Headstrong, Likes sweets, Is fond of Life, Brave, Careless, and Confident
Background: As a small cub he came from a small Dobutsu family, A loving and Caring Mother, A proud yet slightly uptight Father, and an elder sister whom he used to play with. He lost them when a strange looking man with a stick came and made the birds fly away as a booming noise came from the strange looking stick. It had hit his father square in the chest and all he saw was red, a deep, crimson, color coming from his fathers chest as his sister swiftly, carried him away there was another loud noise as his sister dropped him and fell to the ground he backed into a small corner and started to cry as he saw the lifeless bodies of his father and sister. Just as the strange man came up to him and pointed the large stick at him, he swiftly closed his eyes hoping for it to all be a dream. There was another bang, but nothing happened he slowly opened his eyes. A terrified look soon took over his face as he saw his mother standing in front of him. Blood had splattered onto his face and clothes. A single word came from his mother's mouth 'run'. He bit his lip and made a run for it as his mother's body dropped lifelessly. He hid and waited, waited for so long for what seemed like an eternity. He stepped out of his hiding spot and went to his home. Once more he saw his dead family as he decided to bury them, he buried them all together and he swore he would never let something like this happen again.​
Last edited: Jul 17, 2015

Um question as to why my character sheet was removed just wondering I'm not mad or anything.

I would guess that live for 120 years. I forgot to add something to the character sheet: Respective animal, I added to the thing sorry for the change.
I can still see your character sheet, you mean my old post with it?

Neko_Green said:
I would guess that live for 120 years. I forgot to add something to the character sheet: Respective animal, I added to the thing sorry for the change.
I can still see your character sheet, you mean my old post with it?
Click to expand...

Oh so you put it back I couldn't tell it just said it had been so yeah and cool I'll update it.
A

Respective Animal: Fox
Full Name: Isabella Winifred Beasley
Used Name: Fred
Age: 23
Gender: Female
Sexual Orientation: Bisexual
Personality: Stubborn, cunning, optimistic, loud, somewhat obnoxious, tomboy
Background:
Fred was born in the middle of the forest, living a decent life as an only child. Her mother was a somewhat resented Dobutsu due to the fact that she was the type that made deals--then broke them. She was a well-known thief and was pretty much unstoppable. One day, her mother fell ill, but everybody was so resentful of her that they refused to help. Her mother died three months later, all alone. Now Fred, her daughter, lives all alone in the place they called home. She tries to make friends, but once they find out who she is, they remember the broken deals and distance themselves from her, in fear that she will steal from them or seriously hurt them. Fred pretends not to be hurt, but in real life, she truly is. But as her mother always said, "You must ignore the haters and allow life to go on." That quote is one that she lives by.

I think I am mostly done but if I am missing something please tell me I'll make changes asap.
Y 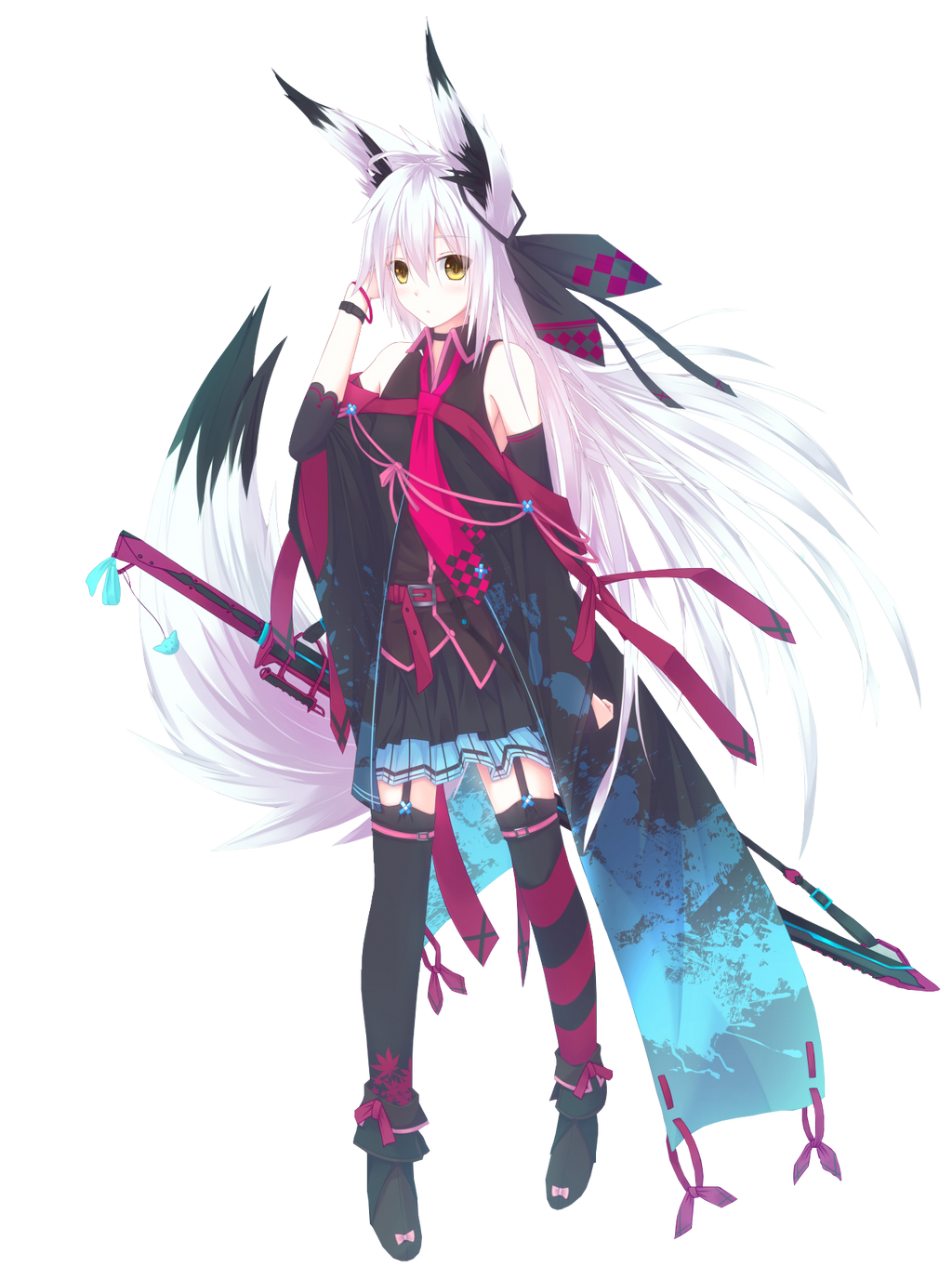 Respective Animal: the animal your character is: fox
Full Name: Akuma Ayaka
Used Name: Ayaka
Age: 24
Gender: Female
Sexual Orientation: Lesbian
Personality: Ayaka is typically a soft and well-spoken person. She tries to be kind to everyone, however, she's a little out of touch with emotions so sometimes says things that end up hurting people. She rarely means to do this though. She is quite intelligent, and stupidity can frustrate her, testing her patience.
Background: Ayaka was born to very much low class parents. From an early age, she showed great potential, with a very good mind for strategy complimented by a nigh unstoppable magical ability. She was forced into the military as soon as she was able to, and in just 8 years, worked her way up to being the head of the entire dobutsu army.

Personality:
Chrysa is quirky. She is an enigma. She is unpredictable. And independent. She doesn't take kindly to people telling her what to do. But if someone needs help, she is a true humanitarian who is ready and willing to assist someone who might be short on cash or down on their luck. She'll also dole out sound advice. She is highly sociable and loves to mingle with others. She loathes confrontation and being restricted or caged. She take loyalty to a different, deeper level.

Background:
Chrysa was born and raised in a middle class family as their only daughter and a lady fit for the sea. She knew the proper etiquette and well educated about the land and sea. She was quite wise and very intelligent when it comes to survival. She is also taught how to be independent but still be kind to others. She was rarely seen out of the water but when the humans started hunting and some Dobutsu are getting killed, she knew she had to do something.​

I have a few questions:

1) Does "used name" basically just mean "nickname", or what they prefer being called? I assumed that was such, but since most of the CS's already up have used names that are completely different from their full names, I just wanted to make sure I wasn't missing something.

2) How is dobutsu society structured? I know there's a military of sorts, but is there a proper village where all or most of the dobutsu reside? Or do each of them sort of live in low-key settlements relative to their respective animal (for example a bat dobutsu might live in a cave, birds or squirrels could have a treehouse of some kind, moles could live underground, etc), with the dobutsu still acknowledging each others' presence/authority in the forest and joining forces in times of crisis (ie, with the military)?

3) How do genetics/family structure work for dobutsu? For example, my character will be a bear dobutsu, does that mean her parents would've also been bears? Or could they have been anything? Or, would the offspring of two dobutsu need to be a similar animal to that of the parents but not necessarily the exact same one (ie, a wolf and a dog could potentially conceive a fox, but wouldn't conceive a deer)?
Show hidden low quality content