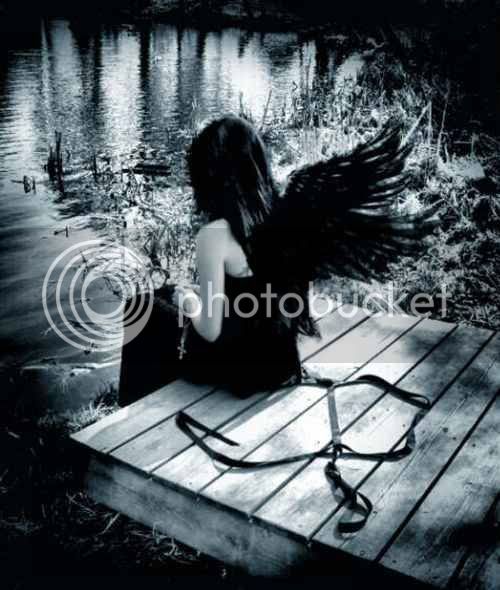 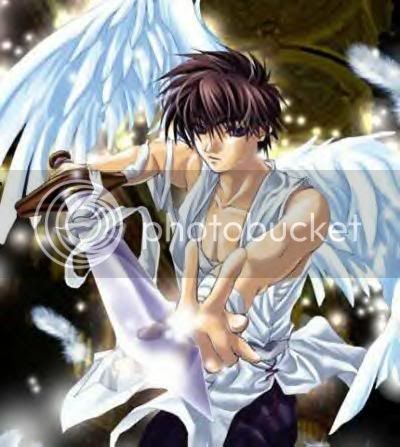 
Zuriel is tall and lean, possessing the charming kind of physical charisma that most people can only hope for. His quick smile and bright eyes make him a favorite among the girls, if not for his nicely firm forearms as well. He holds himself with a confidence that doesn’t exist – it is as though he lives by, “Fake it ‘till you make it.” Not many people can see through this spectacular and hard-won illusion, and he has won many admirers from unabashed confidence alone. 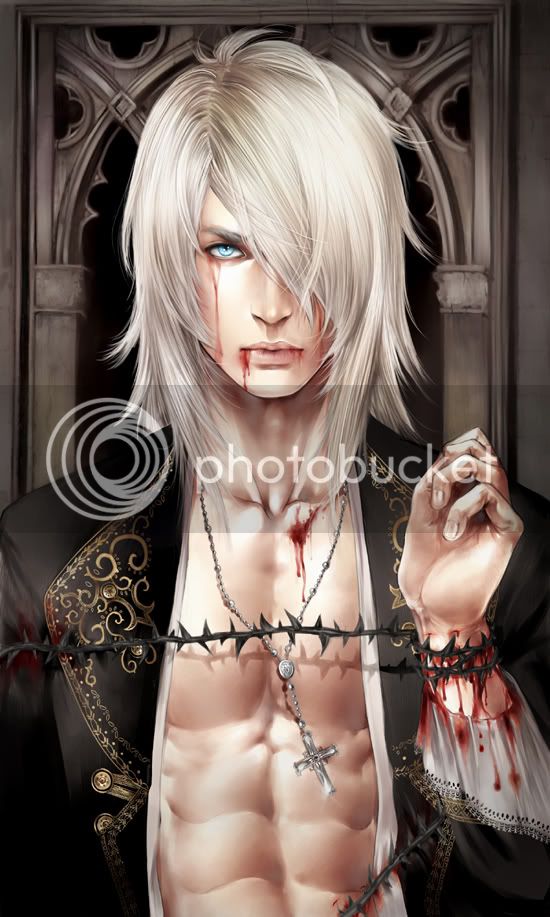 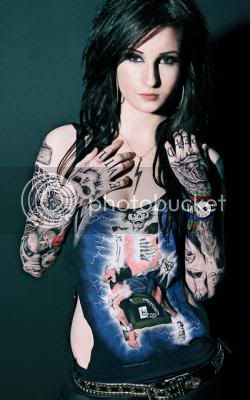 Original poster
Scarny was working on whip training in the between world(Humans world or earth). She was getting pretty good and couldn't wait to use it on a Light Angel and see the lightning bolt mark it would leave for all eternity. Tony was watching over the Halloween club entrance. He was waiting for the perfect time to go in. He was also watching over them in case and Dark Angels came to reek havoc. Shane- was sitting in the cafe sipping at his hot hot hot chocolate. He was watching everyone talking or typing on there computer but he just sat there alone with only hot hot hot chocolate. Jennie was working in the dinner busing tables. She hated her job except the tips there where better than when she worked in the club. Everyone there loved her and she loved them but she hated the job.
L

"By then, I was bright red," he said, a mixture of sheepishness and a quiet eagerness pulling through in his tone. "And I ended up tripping over myself while opening the door for her. Yeah, she didn't call back."

The small crowd around him was already laughing pretty hard; a few good-looking girls who had given him the "fluttery eyes" earlier were saying things like, "Oh my God, you poor baby," while choking down their laughter by some clearly visible efforts. He risked a glance at Gabrielle. She was laughing, too.

"Hey now, don't be mean," he said, allowing an easy grin to slip over his features again. Inside, he was practically quaking; but no, he couldn't think about that, he had to keep talking. "Doing these sorts of things requires some quality talent."

"Yeah, or maybe you're just a really special little boy," Diane said. She was one of the more genuine girls, who always said what was on her mind. He wasn't sure if he liked that or hated that about her.

"Oh shut up, Diane," he said playfully, risking a punch at her arm. She dodged it easily.

"Got any more expeditions to share with us, Zuri?" she said.

"Expeditions?" Joel echoed. "The hell? What is he, like, Indiana Jones, or something?" This last remark made several members of the crowd snort in laughter. Zuriel frowned inwardly. This was the kind of thing he didn't like - other people being teased, even lightly, like this.

"You bet," Zuriel interrupted. "I'm pretty boss with a whip." He mimicked a whip cracking, then felt himself turn red as he 'realized' the sexual innuendo, and everyone laughed again.

"It's ten minutes past break! Back to class!"

"I'm a senior," Zuriel muttered. "I don't need to go to class anymore." Which, of course, induced more snickering. He didn't mean to feel self-centered, but he felt so powerful when he could manipulate people like this. He never thought he was that funny, really. When he asked people why they thought he was so funny, they typically replied with, "You're Zuriel. That's just you." Okay, useful.

"Zuriel!" a sharp voice snapped. Zuriel started, then rolled his eyes. Ms. Polly, in her trademark blue cardigan and flaming red heels. What school would be like without her for third period every morning.

"What? What?" he said, standing up. Wow. Everyone had left already. How long had he spaced out for?

"It's time for class. I know you're a senior-" Zuriel winced "-but that only means that this is most important year of all. Get your ass to class."

"Yes, sir," Zuriel said, popping a smart salute. Ms. Polly frowned and briefly surveyed the grounds. "Anyone else out here?"

"Get to class, Zuriel. You had better not let me catch you out here again."
Z

Original poster
Tony rolled his eyes as at Zuriel. Typical jerk he walked past him and into the class he was about to walk in too. He sat down at the first desk closest to the door. Scarny was practacing when she saw her ex boyfriend. She quickly turned to walk away reliving the horribal night they broke up. She had come over with great news. She had gotten the faimly whip. When she got there she saw him cheating with her ex best friend. She screamed and forgot she had the whip with her. 'Come on baby realax you can join too.' He had proudlt stated with a smirk. HE saw the whip and his eyes widen. 'You got the faimly whip huh?' He stutered backwords. She look at what hi was staring at and looked down. SHe saw the whip. Withough unwinding it she lashed it at him multiple times. He know has a lightining bolts on his speacle place, his stomack, leg, and well his forhead. "Scarny wait i wanna talk to you." He ran after her proably hoping to get some.

"What do you want, Harry Potter?" She wipped her whip out. Ready to make an identival lightining bolt on his cheek.

"Come on babe take me back." He pleaded with her.

"Dont say you miss me if your the one who got rid of me." She smirked and walked away playing with her whip. She put it away and walked away. She saw a small skinny dog and got some food then gave it to him.