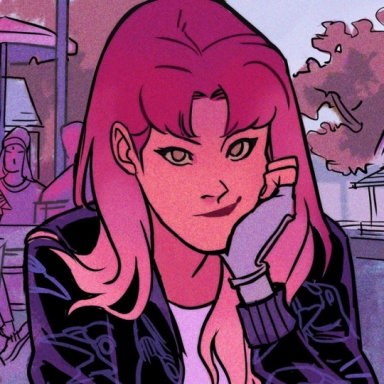 The 1920’s was a decade of exciting social changes and profound cultural conflicts. For many Americans, the growth of cities, the rise of a consumer culture, the upsurge of mass entertainment, and the so-called "revolution in morals and manners" represented liberation from the restrictions of the country's Victorian past. Sexual mores, gender roles, hair styles, and dress all changed profoundly during this time. Many Americans were uncomfortable with this new, urban, sometimes racy “mass culture;” in fact, for many–even most–people in the United States, the 1920’s brought more conflict than celebration. However, the bleak outlook and large sacrifices of the wartime era were now a part of the past. Young Americans were looking to cut loose and have a good time, and for a small handful of young people in the nation’s big cities, the 1920’s were roaring indeed.

The year is 1924, a few years after the first World War. M/C is a young African American woman working as a seamstress and shop tailor in Manhattan New York, and has had her fair share of hardship due to her origins and the color of her skin. When she meets Y/C by chance, the two begin a sweet a tumultuous love affair that grow so strong, they would risk anything before relinquishing it. With Y/C’s reputation in jeopardy, M/C in his heart, and parents and a country firmly against them, the two lovers must overcome obstacle after obstacle in order to stay together. This historic romance raises the question – Can the love between this interracial couple endure the prevailing ideology of their time?

if this idea interests you, don’t hesitate to message me! More information will be presented to you upon arrival. I do ask that you come with a face claim and a general idea of what your character is like, their history, etc. etc....Thank you for reading