Original poster
THERE IS LESS DIRTY THINGS YOU COULD BE FONDLING!
C

Original poster
A BATTLE AGAINST THE FORCES OF DIRTINESS
W

Original poster
or the forces of excrement
A

Original poster
EITHER OR.

I NEED A TITLE FOR THIS MASTERPIECE. CONSTANTLY FONDLING SOULS IS MAKING MY HANDS TIRED!
V

Original poster
I hate happy endings, makes me feel sorry for the devil. it is as if aff the anii beasts ruptured symaltaioult n an unending cacophany drowning my verry soul in thier odor. And so it is done, I am but a souless servant the the choir, with barely the free will to breath, and doomed to serve for all eternity.

and thats how it ended for me, don't know hor amp got out, maybe the banjo plyers just hate me.
I 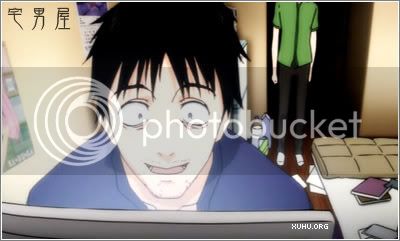 You two have kept Chaos up all night. Good going.
D

Original poster
Am I the only one who couldn't be bothered to read it all?
A

Original poster
No one should be bothered by reading it. If they are to show any emotion at all, they should be shedding soul-crushing tears of JOY. They should fall to their knees in gratitude for me having shared this timeless epic with them, the lowly mortal that they are.


You bitches just don't know how to appreciate ANYTHING, do you!? >=(
W

Original poster
no amp, no we dont.

Original poster
How dare you insinuate that we, the members of this fine website, have the emotions of mere man...

now quit fondling my soul before I really get ronery.
X

Original poster
I LEAVE FOR 2 WEEKS AND HALF AND I MISS OUT ON THIS?!?!?!

GODDAMNIT! *Throws his Human Excrement Surfboard against the wall* YOU MOTHERFUCKERS ALWAYS DO COOL SHIT WHILE I AM GONE, GAWD! *Stomps off to his room*
A

Original poster
I LEAVE INSANITY TO DO ACTUAL MULTIMEDIA ARTIST STUFF AND THIS HAPPENS!?


ALRIGHT! FUCK YOU GUYS TIME TO HIT THE RESET BUTTON

Ampoule said:
You bitches just don't know how to appreciate ANYTHING, do you!? >=(
Click to expand...


TO EVERYONE WHO DID NOT APPRECIATE THIS THREAD: 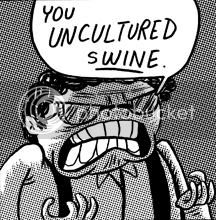