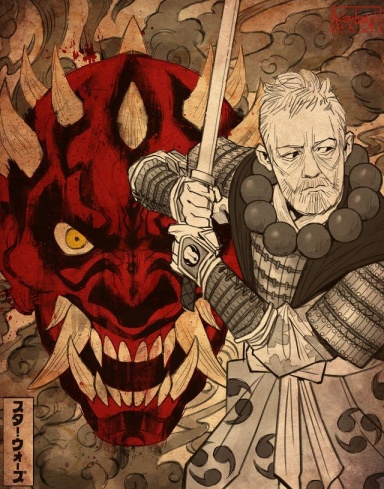 ​
Long ago on the continent Olephere, there existed four crystals of light that held the world together. The people prayed to the crystals to be granted their blessings of Earth, Fire, Water, and Wind. Their prayers were answered with wind in their sails to explore, water for them to drink, earth for them to build homes upon, and fire to keep them warm. The people eventually built temples around these crystals and soon civilization flourished under their guidance. The four crystals together brought light to all of Olephere and kept the starving darkness at bay.


However there were some that wished to utilize the crystals power for their own gain and soon war broke out between the those who wished to harness the power of the crystals and those who wished to protect them. Soon war broke out and hundreds were slain in the initial skirmish The longer the war raged on the less light the crystals shined into the darkness. The blood being spilled on both sides tarnish the land causing the earth to rot, the water to become poisoned, the wind to come to a halt, and warmth of fire to become chilled. Yet despite these signs each side spilled blood in the name of their cause or ambitions. Eventually those who wanted power won and took what power was left in the crystals for themselves, splitting the land into four separate kingdoms. Terra, being where the earth crystal rotted away along with the lush forests that once graced the land; Ventus where the wind used to howl high in the mountains and swept across the plains; Aqua where the land was abundant with rivers and freshwater only to become a frozen landscape; And Ignis where the desert was plunged into eternal cold nights.


The four kings ruled over their land with their new found power regardless of how limited it was. With the light no longer shining from all four crystals, the people were blinded to the darkness that was steadily encroaching on the lightless lands. Before the kings could enjoy their victory to the fullest, their lands were assaulted by monsters tainted with the power of darkness. One by one the kingdoms fell to the force they called The Malevolent One to where hardly anything was left. And with no prayers protecting the crystals, the Malevolent One was able to corrupt them and further twist Olephere into a nightmarish hellscape. All hope seemed to be lost as the darkness ate away what was left.


Then from nowhere, four heroes bearing crystal shards imbue with light came to thwart the darkness. These heroes were blessed by the Mother Crystal to bring light back to Olephere and restore the power of the four crystals. Each hero held different powers to combat the Malevolent One. With the arrival of the Heroes of Light, the people once again started to offer prayers to the crystals. With their prayers and the Mother Crystals blessing, the Heroes of Light drove back the darkness and defeated the Malevolent One. With their victory came a great sacrifice but light was restored to the crystals and bathed the land of Olephere.


New kings were appointed to each of the kingdoms to help guide crystal worship into the years to come. But after centuries of peace, darkness is brewing once more. Aqua is still encase in ice, the healthy fields of Terra will no longer grow crops, strange creatures roam the sands of Ignis at night, and the wind is slowly coming to a halt. The crystals no longer receive the prayers they did once before much to the alarm of the acolytes that tend to them. A second coming of darkness seems inevitable but each kingdom has their own problems they are dealing with to realize the danger at their doorsteps.


The King of Terra recently passed away, making his young daughter to be the next in line. However, the other nobles saw her unfit to ascend the throne and staged a coup against her and her supporters. The King of Ignis known as the Alchemist King, has been using his kingdom resources to find a cure for his mortality. His expeditions into ruins of a lost civilization has awakened a terrible power under the sands. Small sections of the Kingdom of Ventus have been floating up into the clouds and no scholar can find out why. Whole towns with their populace have suddenly started to float into the sky with no warning. And the Kingdom of Aqua has not cease to be frozen and the water under the ice has once more become poisoned. But to add to their troubles, Frost Giants have been destroying their kingdom piece by piece.


Without the proper prayers, the crystals are once more losing their light. The darkness is close to once more touching Olephere. And mysterious force in the background plans to once more bring the Malevolent One back into being. But the Mother Crystal once more calls out to four new Heroes of Light to be her champions against the tide of darkness. They are Olephere's only hope to keep the darkness at bay.


One night sleeping under the stars, a lone nomad has a strange dream. They see nothing but darkness until a bright light bathes them in its glow. A woman's voice speaks to them telling them that they are one of her four Heroes of Light and that they must seek out the others and restore light to the crystals. Yet before she can say more, the nomad is engulfed in darkness and wakes up with a mark on the back of their hand. The next day they travel to the Terra settlement of Norbury Trade City in order to stock up on supplies. On their way there they come across three other individuals with a similar mark and who had the same dream. The darkness knows they exist and will stop at nothing to snuff out their light. What awaits them on their journey?
~~~~
Would anyone be interested in a classic final fantasy tale roleplay? Looking for three other people for a total of four (each bearing one of the crystal shards of Earth, Fire, Water, and Wind) but possibly could go with a few more but rather stick with the group of four. I am thinking we could use the jobs to help with our character's abilities but of course certain ones will be available at the start and others available once we get to the crystals. That or we're all freelancers and we get our first job from the first crystal? Could also just have our own abilities borrowed from the jobs. Also looking for at least Intermediate and at least 3 or more paragraphs per post. Posting rate I suppose we can discuss. Also I am all about plotting and brainstorming so I am open to ideas. Anyways, I hope this is of interest to you.
Last edited: Jun 9, 2018

I skimmed over this, and it does have me thinking. What races were you thinking about including? I know a bit about FF stuff.. even have a couple writeups for jobs and descriptions.

Well I was originally thinking only human but could be persuaded to add in other races. What sort of races did you have in mind by chance?

I just love me some Mithra/Miqo'te. But I mean any race would work for me, really.

Which Final Fantasy is this based on? Or are you taking their general setup and creating something entire'y new? I haven't played all the games but I do love the epic scope of their stories. Consider me interested and has anyone claimed an element??

Well I was really inspired by their eariler games especially Final Fantasy V but taking their general set up and creating another Final Fantasy adventure. Why I am leaning more towards human characters. And I don't believe anyone has claimed an element just yet.
Show hidden low quality content
You must log in or register to reply here.
Share:
Reddit Pinterest Tumblr WhatsApp Email Share Link
Top Bottom