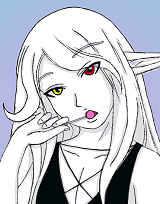 Quote: "I can't change who I am but feel free to paint my canvas."

Skills: He can sing, he's a decent cook.

Dislikes: Black coffee with no sugar, olives, sleeping late, being underestimated (especially based on his looks), ghosts and apparitions.

Fashion: He likes to dress more feminine and will often wear a long loose dress at home or for a quick trip to the store, though casual is his thing too with shorts and a crop shirt or tank. He likes for his clothes to let him feel free. He prefers simple jewelery if any, such as a single chain necklace with perhaps some sort of pendant, a simple bangle, or band ring, solid bracelet or a jingly anklet, and stud or small loop earrings. For footwear, cute sandals are usually his go-to if weather permits, but he also likes sneakers. His hair is usually worn loose, braided or twisted, or in a messy updo.

Personal Facts: he wants to learn to play the guitar.


Faeryth Kai is a charismatic Omega male. He's well aware that his looks tend to attract attention and at times uses that to his advantage, despite disliking being judged for them. He doesn't like to be underestimated and he's often eager to prove himself and will act on this desire, as his emotions tend to get the better of him. Most of the time he's in a cheerful mood and he can be flirtatious and playful as well. It doesn't take much to make him blush, to his dismay, and may become embarrassed by it. When upset, he prefers to withdraw from people, preferring not to bother anyone with his problems, though he will vent to his closest friends, it often comes after he's already bottled things up. During these times, he'll spend too much time in his nest.

Physically he has many feminine qualities. Narrow waist, wide hips, shapely butt, and legs. He is petite but curvaceous with supple ivory white skin and hair that falls past his hips. As an Omega, he of course, is able to conceive, carry, and birth offspring. He goes through heat once a month for about 3-4 days, and will often have pre-heat symptoms such as nausea, and hot flashes about 3 days before the onset of heat.His eyes are a striking red and yellow heterochromatic pair, matched by the curiousness of pointed elven ears, small pointed fangs, and a long tail about one and half times his body length.

Backstory: His mother, is Fae and his father is an Elf. They weren't supposed to be together but they ran off and had an unusual son. They left him with a guardian before being tracked down and never seen again.

Family: His guardian, Yuya, was an older no nonsense sorceress who brought Faeryth up with strict rules, but a kind heart. She'd been warned against revealing too much of the Arts to him by others like herself so she discourage magical exploration and told him he was unable to perform such things.

Hometown: Nelfelen. A small hidden forest village with a reputation for having powerful magic users. 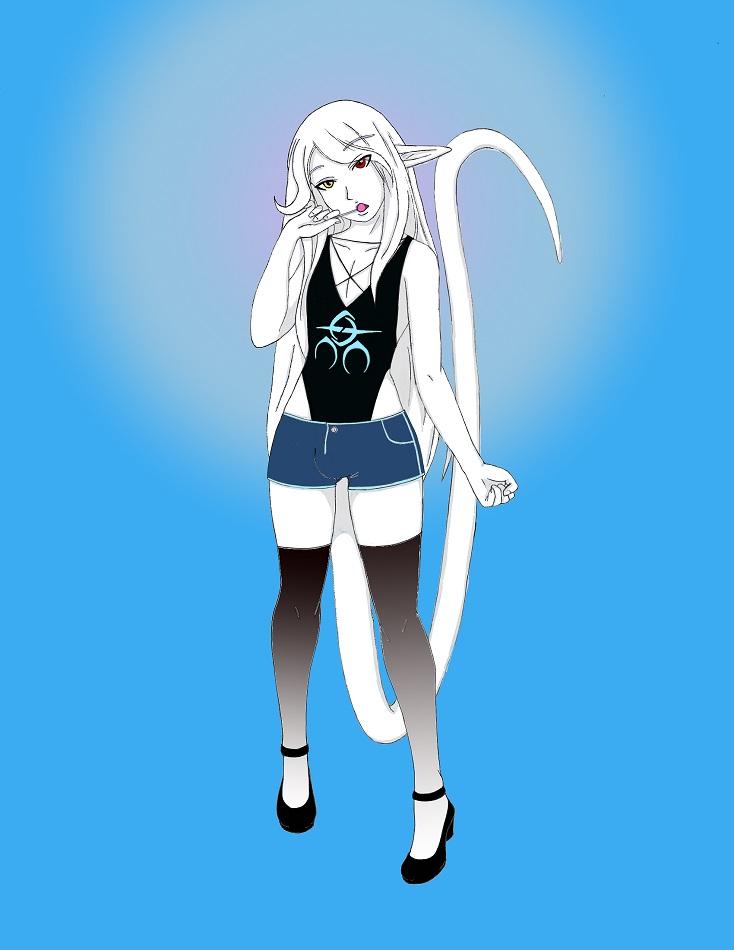