I'm thinking of a roleplay were strong warrior, mostly mercenaries, or working as mercenaries will travel to an Island or possibly a newly discovered Continent. I'm setting it in the 16th century, with people from continents base on the known world at the time. The world our characters inhabit would already be your typical magical world with friendly creatures such as fairies reaching all the way up to dangerous monsters like Dragons.(which would be very rare) The reason for the expedition isn't entirely understood by me yet beyond looking for riches and possibly ancient relics. The idea of a roleplay where characters travel to a Dark Continent stims from HunterXHunter.

I imagine the land we arrive in is South America. The people there have a tendency tp worship Demons and the magical creatures are strong there, thus the warriors are themselves. Still not sure if I should have it be an Island like in Greedfall or just go full continent. The current state of the world is moderately peaceful with few wars . World travel is possible, and reasonably safe so finding a Japanese Samurai, an Assassin from the mid-east or African tribesman in a medieval European isn't unlikely, especially for this expedition. We can all build a magical fantasy world based on their respective real world counterparts. I'll have to think of names for continents, or I could just leave them as is for simplicity sake.

There would also be mages, witches or wizards in this world of course and you're free to play one as long as your main magic is defined. I think the world Seven Deadly Sins would best compare to this world for its setting. The magic system will be simple and will take some inspiration from Magi since they had the regular magic you'd expect and Chi for warriors to enhance their own normal attacks. Not like they won't have access to magi, but through magical weapons and techniques. This is still a work in progress, and things will be changed or explained in more detail.
Reactions: Ur Degaton

So I’m thinking of a Christopher Columbus situation where a group of explorers discovers a whole new continent. Except in this case the continent is an unforgiving land inhabited by dangerous monsters and malicious entities. Am I correct?

The name of this world is Adamah and is composed of 4 known continental bodies.

EUROPA- In the North is the continent of Europa, known for Its Knights , code of Chivalry. Its warriors have a reputation for using overwhelming force and being clad in thick metal armor. The magic there ranges from the simple use of harnessing elements to rituals and enchantments. Don't let that description define this land for they are unique as they have warrior known Vikings once known for raiding and slipping into a berserk rage leaving death behind them. Runes are also powerful magic, symbols of power similar to that of Assuwa's Talismans.

AFRI -The South is the land of Afri, known for its more wild people who live closer to land. Their tribal warriors are known for their speed, stamina, and agility. Their armors ranging from metal to that of the skin of animals the further west one heads and sign of its diversity. The magic is harnessing the power of the land, the beast, and ancestors, along with casting dark curses on one opponent through Voodoo. Even warriors more commonly tap into pure magic of a melee variety.

ASSUWA - In the east rest the land of Assuwa, a continent that covers more sea than Afri. The warriors of Assuwa have an artistic beauty to their fighting. The warriors are known for their deadly and precise attacks. The noble samurai of the Eastern Islands are known for such a thing with their single-bladed swords. The magic there is similar to that of Europa, but also the power of Talismans such as casting spells through words written on paper. Middle Assuwa is considered the original harnessers of Qi", sometimes referred to as Chi or even Willpower outside the far and central Assuwa

THE LEVANT - Between South and far East is The Levant, known for deserts, oasis, and Sultans. The warriors are also known for fighting with curved blades. The Levant has become known for its Alchemy as it has created powerful healing tonic and deadly poisons. Levant warriors despise being known for this, as they are not underhanded fighters they've been rumored to be. The magic is similar to the rest of the world. They've relatively mastered the art of "taming" Demons, capturing them in gold objects.

As I said things are still in the works and susceptible to change. The continents were left vague as possible, some more than others since I want you all to have freedom in character creation. The set traits of warriors can be completely ignored as each warrior is unique in their own way. I added some stuff like warriors of Afri being of the tribal variety when you head further south of the continent. I imagine them having the ability to use magic that lets them harness power of their ancestors which can manifest in different ways or take on the traits of a cheetah. Assuwa too has melee fighters using trained martial art techniques as you'd expect of Chinese martial artists. The demons tamed in The Levant won't be something crazy powerful but impressive.

Any questions? I'd greatly appreciate them.
Last edited: Jan 5, 2020 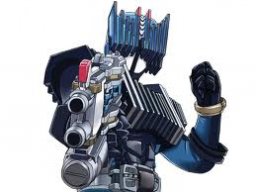 What are the playable races?

Humans from the start but i would be open for one wish to play are elf or orc. The original idea was simply humans.

What’s the time frame that this takes place in? I assume it’s the 1400’s since that’s when America was discovered, but it could be different.

I was think 16th century. Possibly just at the turn of the century. I want the Dark Continent was discovered other rather proven to exist for 50 years or so ago. I'm thinking the launching point for this journey is Spain or rather a Spain like country.

Cush Almighty said:
I was think 16th century. Possibly just at the turn of the century. I want the Dark Continent was discovered other rather proven to exist for 50 years or so ago. I'm thinking the launching point for this journey is Spain or rather a Spain like country.
Click to expand...

I was thinking of making a conquistador-like character anyways so that’s perfect.
Reactions: Cush Almighty

Nice. I better write up that explanation of the two forces of energy of this world. Mana and Chi.
Reactions: Ur Degaton

Mana - Mana is considered the power of the universe. The power of Adamah being manipulated in a multitude of ways. The power to control and create elements seen in the natural world, the power to summon creatures, to enchant, bless and curse. These actions and many more unlisted skills are defined as magic. Those who practice magic or rather magecraft are called Mages, wizards and the like who have high natural mana. Those who use a small amount of magic or an enchanted weapon are not Mages. The studying and practice of Magecraft defines a Mage. Mana exists in all humans, creatures, and Adamah itself. (Aura: The Aura of Mana appears in most colors and is more a cloak of energy that slowly floats off the body.)

Chi - Chi/Qi/Willpower is the art of utilizing one's own vitality or life through meditation, physical training, and breathing. It has been defined as the lesser cousin of magic. It doesn't shift the world around it but tends to be localized to the body to survive a deadly strike or destroy boulders with a single punch. Chi is closely related to one's physical and emotional strength. Those who are extremely strong physically have naturally tapped into their Chi. When focusing Chi one can enhance their senses to superhuman levels. One can even sense the area and life of others around them. Chi can even be used to manipulate weapons and projecting attacks in more adept users. Sometimes one can use their Chi to defeat an opponent even before combat, usually, those with much weaker wills. (Aura: The Aura of Chi is usually ranging from a warm yellow to a warm orange. It outlines the body when calm but during battle or in fits of anger it becomes fiery. )
Reactions: Ur Degaton

I just have to write up some stuff and redefine some terms.