I feel we need a villain in here. Too many good-aligned characters. Out of sheer curiosity and not at all because Shiome's villainous sub plot depends on it, can Death be killed? If so, what happens if he is killed? 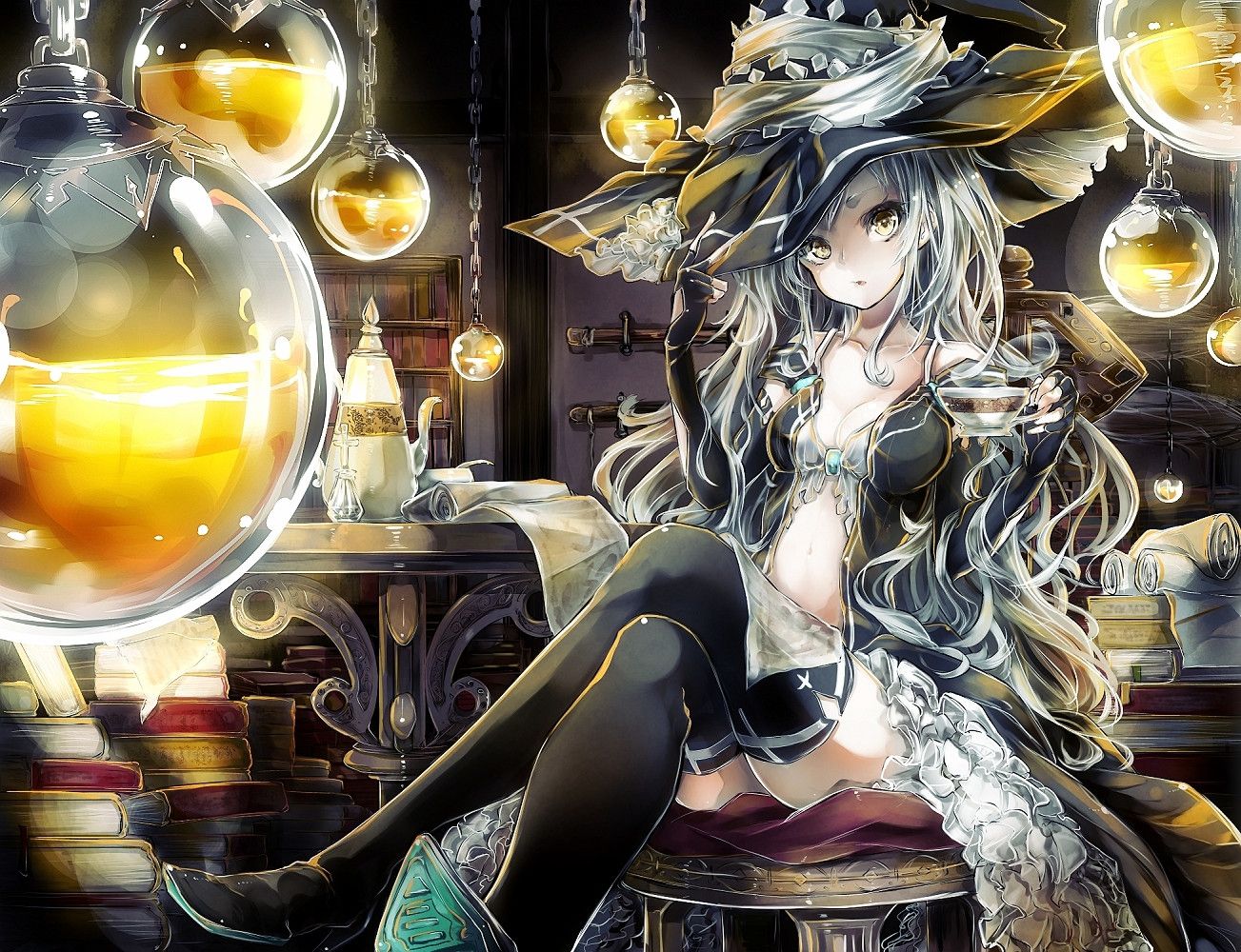 Character Name: Shiome
Alias: Quicksilver
Gender: Female
Species/Race: Fairy
Age: Over 703. She kinda lost count.
Place of Birth: A mysterious land far to the west, known only as the Forest and Associated Labyrinth of Incredible Mysteriousness (not to be confused with the Forest and Associated Maze of Mundane Obviousness, which is situated in the east)
Current Residence: A house in a small village on a plain biome, enchanted to be slightly bigger on the inside than the outside. One meter on the outside equates to 1 meter and 4 centimeters on the inside. No one really knows why she did it. Just for shits and giggles I guess.
Occupation: Witch, Enchanter and part time Evil Villain
Family: 703 year old witches don't have living family.

Height: Average 703 year old (By which I mean average 16 year old cos of all the immortality 'n' whatnot. Also, she can change her size at will (capped at her human size) so...)
Hair: Silver
Eyes: Silver
Distinguishing Marks: There's a very very faint aura of shininess around her, that you could only see if you held her up to the light and stared at her from an angle.
Strengths: Incredibly intelligent, most proficient living enchanter (the dead are unfair competition 'cos they figured out how to enchant themselves to reanimate upon death. Hackers.) Good alchemist.
Weaknesses: Relatively fragile, physically. Never really got the hang of that directly using magic to damage things thing.
More:

General Personality: Spontaneous and childish. Has no cares and does things purely because they'd be a fun thing to do.


General History: Shiome has been known from a young age as the Quicksilver. She in fact discovered quicksilver, (known as mercury in our world), which has the highest affinity for enchantments of all earth elements and is now widely used by all enchanters and most alchemists as well. She's still the most famous enchanter, but thanks to her unpredictable nature, she's no longer particularly in demand. She settled down to focus on doing whacky shit in an out of the way village that just somehow happens to also be the village where a world-scale quest would begin, 300 years after she moved there.
Reactions: 1 person
K

Original poster
@Karakui, I don't know, why don't we debate on possible outcome? Also, accepted, though I'm having trouble seeing the picture you used. I'll have my next character up sometime, along with that forest area. I'm getting sidetracked by Skyrim currently.
Reactions: Felix Eriquel
F

Also, thinking about Drawing out Reaction Images to place on the Header/ Footer of my Posts xD It'll be fun.

On top of that, probably gunna make a Kitsune.
Reactions: 1 person
K

Height: 5'2"
Hair: Golden blonde
Eyes: dark green
Distinguishing Marks: Though she looks relatively well, underneath her clothes hides the scars of training and war
General Appearance: Riniel is a relatively skinny and agile elf, and her agility is matched only by her marksmanship
Strengths: Riniel is very good with a bow, and tree climbing is her thing, what with her being a Wood Elf. She's also okay at cooking, and very intelligent
Weaknesses: Riniel doesn't trust anyone, and this makes it hard for her to get to know people

Allies: None other than her Wood Elf clan
Enemies:
Current Goal/Purpose: To see time restored, and return to her once-peaceful life
Dislikes: Riniel dislikes just about everything
Inner Personality: Riniel is very distant on the outside, but inside, all she wants is to genuinely become someone's friend, and put her past behind her

Special Items: N/A
Weapons: A fully wooden compound bow, made from the strongest wood in the first to ensure it doesn't break, a poison-soaked wooden dagger, intricately engraved with the clan symbol on the handle
Magics: Riniel uses most forms of magick in some useful way or another


General History: This will be revealed in roleplay

General characteristics: Tethenraya is a huge forest, bordering the plains, and has been around for longer than most everything else, forest-wise, as the trees here predate any tree in any other forest. The elves her keeps their houses high above the ground, as dark creatures(similar to jaguars, panthers, and the like) roam the forest floor
Last edited by a moderator: Nov 21, 2015
Reactions: Felix Eriquel
K

Original poster
@Karakui, accepted! I like her ^-^ I have a rather fun plan for Riniel. A wild goose chase, with encounters with everyone's characters. I do hope this rp gets off the ground and goes far enough for me to set it into motion. I hope we get at least on more player, though.
Reactions: Felix Eriquel

Was it my character's picture you couldn't see?

Lol I'm also getting distracted by skyrim. I'm trying to replace all the music with soundtracks from various anime. And also figure out a way to make music trigger faster than it does. The dragon fight music only starts when you've almost killed the damn thing.
Reactions: Kelsi Kitsune
K

Original poster
Oh my... Just took another look at you character @Lord of Dragons to pass the time, and noticed there's a dislike of elves. That should make for an interesting encounter.
K

Original poster
@Karakui, @Lord of Dragons, @Felix Eriquel, here's a few of the things we'll encounter, to give you an idea of what things look like.

Original poster
@Karakui, I'm working on it now. Told you! I'll have up up as soon as I can think of a fitting way to start off the meeting, probably with death appearing before them all.
Reactions: Felix Eriquel

Congratulations, 32 minutes before the end of "today".

Well, your announcement that you're working on it is, anyway.
But now it's 1 minute into Tomorrow.
K

Original poster
Lol for me, it's only 7:03pm. Guess I forgot that not everyone lives in the same time zone, gomenasai ^-^; check the overview, IC link is just below it. Hope you like! I tried to come up with something.

Well, don't worry. The intro post is really just to give people a common objective to gather their adventurous band of misfits with. It doesn't really need to do much more.
Reactions: 1 person
N

Original poster
I am back and I hope you don't mind if I make another character a villain of my own
Reactions: 1 person
C

Original poster
Are you still accepting members, or are you done with characters? o:
Reactions: Kelsi Kitsune
F