Original poster
The year is 210 of the fourth era, a mere nine years have passed since the destruction of Alduin, the annihilation of the Volkihar clan of Harkon, the disruption of Miraak's plan's to reenter Nirn and the victory of the Empire during Skyrim's civil war. While the common people have enjoyed nearly a decade of relative peace, the empire and the Aldmeri dominion have been seized in an escalating cold war, each side increasing their border's strenght and tensions rising high.

With the empire busy looking toward the Aldmeri dominion for signs of looming threats, its Northern border suddenly and unexpectedly fell into a new crisis. Its ancient tombs that were scattered across the land swung upon and out poured legions of undead; Draugr sacked Ivarstead, skeletons razed farms along the southern road in the Rift to the ground, ghosts began haunting the roads at night and vampires turned Morthal into pit of death and blood. These are but a few examples of how far Skyrim fell in but a few short weeks.

The imperial troops stationed in Skyrim had their hands full with merely keeping the remaining capitols safe and the Imperial City had its hands full dealing with the Dominion. So, they turned to the vigilants of Stendarr, tasking them with finding the root of this problem and dealing with it accordingly. Sadly, the Vigilants, now operating out of Fort Greymoor which was donated to them by the the jarl of Whiterun, were still severely crippled from the vampire attack so they in turn were forced to bolster their ranks with mercenaries, adventurers and scholars alike in order to muster a force strong enough to overcome this new threat. 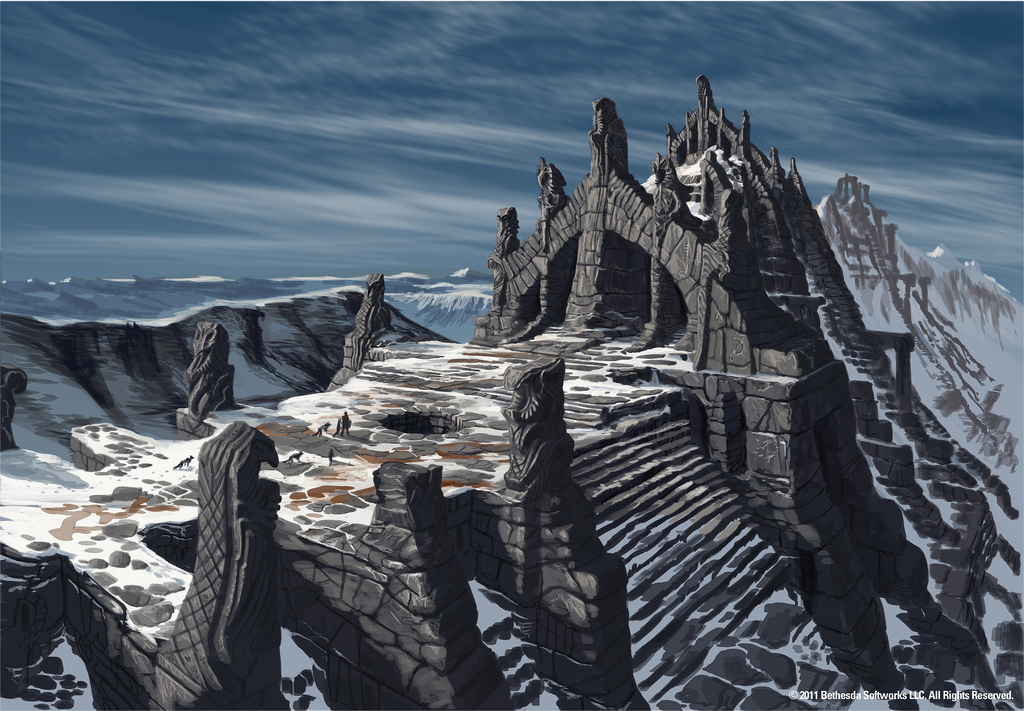 The RP will start of in Fort Greymoor and we will all be part of a research and expedition group created to discover what's going on with this undead menace under the command of keeper Aerin, leader of the vigilants. This group can consist of individuals from all parts of Tamriel and all parts of life and I encourage people to make as unique characters as possible.

While I'll be the GM and a certain set story is in place, I must stress that I am no tyrant. I do listen to requests for sub-stories and events so don't be afraid to suggest them in the ooc, if they fit or aren't offensive to the main storyline there's a big chance they'll be accepted.

1. No overpowered characters: I want this RP to be at least somewhat realistic, so all characters are squishy, fleshy mortals with weaknesses as well as strengths. Your character might be special to you, but to the world around themas well as to other players, they're not so much. if you get in a fight, you can be a skilled and awesome fighter, but you can also get injured or hurt.

2. No one-line comments. I set this RP to intermediate, a certain skill level is expected. Half of a novel isn't required every time you post, but one or two decent paragraphs are the minimum.

3. Give people time to interact. I encourage people to reply as often as possible, but do try not to exclude people from major or important events. when you see that someone hasn't posted for a little while, wait before you do. Not everyone can post once per day, so hold on a second and let them involve themselves in the current events.

4. Don't try to upstage everyone. This is a group role-play, with the keywords being group; don't be obnoxious, don't try to be better than everyone else and don't try to be the main hero because there is no singular main hero. It's a group. In short: No mary/Gary sues

Traveling gear: (What your character travels with; food, money, books, potions, scrolls, ...)
(equipment note: don't go overboard, keep it realistic. You'll be traveling across Skyrim, no one wants to do that with hundreds of pounds on their back. Also try to explain how your character carries everything.)

Skills: (1 skill you're good at, 2 skills you're above average at and 3 skills you're average at)
(for destruction and conjuration mages, specify your field of research. if you're a mage specialising in destruction, do you then focus on frost, lightning or fire magic? For conjurers, do you focus on conjuring creatures from the Oblivion plains or on necromancy?)

Fighting style: Makes it easier on how the team will decide who is better at what situation

Character: Description or picture. No anime.

Original poster
Interested~
Mind if I message you?~~
C

Great.
Sure, go right ahead
C