~~ LoreDump ~~ OOC/Signups ~~
Spots taken: 2/8​
It has been six centuries since the Scream, a near apocalyptic event that wiped out all active Psychics and Jump Gates. The recovery period was filled with strife, adversity and struggle, but little by little humanity always manages to adapt to their new problems. Without the Jump Gates sectors remain disconnected, each their own little bubble of worlds separated by Metadimensional pathways. Elysian Omega, your sector, is facing even more strife now, on the verge of civil unrest and war. Three factions have been kind enough not to engage each other just yet, each biding their time until they are prepared for total war. United Front, the central union of once 4 systems each with a single planet had recently lost their hold on one and there are whispers of another breaking off. Al-Sahaf Combine, a triumvirate of trade planets and the psychic powerhouse of the sector insists they are merely merchants, there to profit from the needs of many. And finally Raurich Empire, exiled to the corner of the sector remains silent, though rumors speak of a massive project in the works.​
Twenty one planets total within the sector, each with its own solar system. One uninhabited due to apocalyptic conditions on the surface, one inhabited by a race of Alien Insectoids by the name of Krarrith. Many of the worlds have not recovered from the Scream and thus regressed back to the industrial age wholly relying on old and outdated technology while more successful planets cruise the sector in state of the art spaceships. Some struggle to survive, day by day, others live in excess and luxury, the sector is anything but fair and balanced. Half of the planets remain independent and separate from the three major factions.​
You are a human or one of the slightly altered (read genetically engineered/mutated) versions of a human. With preparation and careful planning the sector can be your sandbox, you can build up castles just to tear them down, but make a mistake, lower your guard or let your naivety take over and you will find yourself missing body parts or worse.​
Echoes without number will be a soft sci-fi set in Sector Elysian Omega, for which a map with notes will be supplied in a Lore Dump thread. The focus of the RP will be on character stories, the narrative crafted only after characters had been accepted, each will be challenged and given a chance to shine. Characters are by no means protected by fate or plot armour(unless they're a powerful precog), they are mortal as any NPC and foolish actions will result in their harm. While my original intention is to have a crew of a small lightly armed frigate go out and follow their stories the sector is filled with so many possibilities that the players can simply alter the narrative and shift their focus elsewhere, be it fighting inter-system wars, gunrunning for a crime syndicate or playing politics with the Mandarins.​
For the curious the RP is based on Stars without number RPG I GM with some friends and there is plenty of worldbuilding already finished though all is in my notebook and will take some time to port to digital form. That said there will be no rolls or dice involved here, just good old fashioned writing.​
Below are some of the systems that I feel characterize Stars without number the best and as such will be integral to the RP.​
Space travel is a dangerous trade, even the well known routes can result in total destruction of the ship and crew. To travel, one must have an installed Spike Drive on their vessel, then for each metadimensional unit of distance they will need to spend 6 days riding the metadimensional currents known as shears. Elite pilots know how to trim the course and halve the travel time by riding more unstable shears, best pilots know that a supped up Spike Drive is more reliable and can get them further in one hop.​
Communication within a system is not an issue as tightbeam(laser) tech allows for minimal latency meaning you can talk in real time with a person at the edge of the solar system, but not beyond. Inter system communication works much like it did in the age of sail. You record your message in text or video format then send it off with postage. Any ship heading towards the system downloads a bulk of these encrypted messages and then unloads them as soon as they arrive. It is near impossible to hijack a message among the bulk and even if one could identify it cracking the encryption would require immense processing power that is simply uneconomical.​
Psychics, a colloquial term for those suffering from MES- Metadimensional Extroversion Syndrome. It happened as a result of traveling through the shears, future generations started birthing children whose minds could tap into the metadimensional energies and cause certain phenomena to occur. Some levitated objects with their minds, other coerced cells to heal and body to recover while some penetrated minds and veil of fate. Generally there are six schools of psychic teachings, Biopsionics, Telekinesis, Telepathy, Teleportation, Precognition and Metapsionics.​
Here's a little IC to see if there's any space cowboys/cowgirls around, throw in some cyberpunk as well. Hoping for 3-8 players who won't just up and disappear/ignore the thread. Feel free to ask questions, but note that there's more lore and info that will be dumped if I can find willing players.

Applo for helping me with the formatting. Also due to previously expressed interest a friendly tag to

Pupperr if you think someone else might be interested in this type of Sci-Fi feel free to tag 'em.
Last edited: Jan 17, 2019

Count me in! Time to start brainstorming characters....
Reactions: Snowflake and Applo

I'm interested to see where this goes.
Reactions: Snowflake

...maaaaybe. I probably don't have time for it, but it looks cool. I like Sci-Fi.. I'll think about it!
Reactions: Snowflake and Applo

You and me both, the plot will heavily depend on the characters and players so not even I have any idea what might happen. xD

I'll probably give it a few days before I start up an OOC and Lore Dump threads. See if anyone else shows interest.

EDIT: Also, here's a link to the map of the sector, it's just a map so far as I haven't had the time to add in descriptions for every planet.
Last edited: Jan 7, 2019

You and me both, the plot will heavily depend on the characters and players so not even I have any idea what might happen. xD

I'll probably give it a few days before I start up an OOC and Lore Dump threads. See if anyone else shows interest.

EDIT: Also, here's a link to the map of the sector, it's just a map so far as I haven't had the time to add in descriptions for every planet.
Click to expand...

Thanks, I'll take a look

Ah here you go guys the OOC/Signup thread is up. OPEN SIGNUPS Echoes without number (OOC/Signups)

There are still plenty of spots open, the current most likely plot seems to be a group of adventurers scouring the dangerous alien planets for ancient and highly advanced artefacts. All interested are encouraged to check out the Signups and LoreDump for more info on the setting. (Check the first post for links)

In the event of a 'full house', there is also a possibility of running two separate plots at the same time, though again it depends on the composition of the group and player interests. 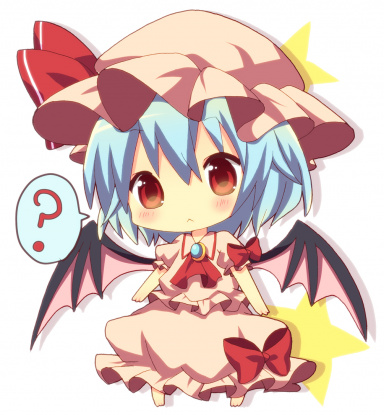 Don't mind me randomly wandering in! Is this still alive?? :O

Pop into the threads and take a peak. Hopefully the accepted character players are still interested.

Could I join in on the Discord right now not to flood the comment section with potential questions and whatnot or would you rather wait??

Nah, feel free to jump in. Though to be fair its kinda late in my timezone and I'm heading to bed soon so I'll try and help as I can until then.
Show hidden low quality content
You must log in or register to reply here.
Share:
Reddit Pinterest Tumblr WhatsApp Email Link
Top Bottom