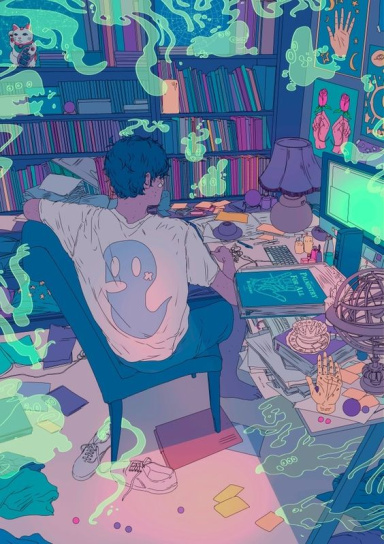 disclaimer: i have no idea what i'm doing, but it's hella fun

you're totally welcome to any of the codes in here that are mine, to use and/or tinker with!
just be careful, since i do tinker around in here with codes that aren't mine - which aren't necessarily free for you to use, depending.
no credit necessary but leaving a like or something would be nice!
​
some linky-links for ease of access:
iwaku's bb code list
adrian's tutorial
rissa's repositorium
Last edited: Nov 28, 2020

CHIEF OF ALL CHIEFS
Kirisnoti Drohvdyn
Chief of all Chiefs, King by all Rights, Dragon of the West​


Appearance: dark skin, riddled with scars - both old and new. There’s one that streaks right over his eye, and another that streaks just across his cheekbone - from a sword and knife wound respectively. Some scars are purposeful, such as the three streaks on his right palm from his proposals, and the dots lining along his right shoulder denoting how many lives he's taken. In total, he has 34.

He has dark reddish-brown hair in dreadlocks, and burning golden eyes. Mostly goes shirtless, as he has a habit of accidentally singing his clothes. That and he runs hotter than the average man, and constantly feels too warm, regardless of how cold it is outside. He stands at 6'0'' tall, stacked with muscle he's built over years and years of extensive training. Has several piercings in both ears.

Traits - arrogant, ambitious, tactical, angry, charismatic, flirtatious, intense, loud, aggressive, egotistical, adventurous, loving, visionary, impulsive
Moral Alignment - Chaotic Neutral
MBTI - ESTP-T​
Kirisnoti is... a lot. He's loud, high-energy, emotionally volatile. Most would describe him as pure chaos. Probably tack on 'total maniac' as well. But only someone who was as impulsive, dauntless, and full of himself as Kirisnoti could have dreamed up the idea of and pulled off becoming king.

He's a people-person; charming, talkative, flirtatious. He loves making conversation, loves hearing the stories of others as much as he loves telling them. Sometimes he talks a little too much though, and if those he's talking to don't cut him off, he sometimes forgets to give them a chance to speak.

It should be known that Kirisnoti is not a kind man. He is the type that can kill a man without much concern, the type to sacrifice the few to save the many without a second thought, the type that frequently risks going too far. Towards those he is not close to, his kindness is a strategy. After all, a man who is not kind is not liked, and a chief who is not liked risks Kraevak.

He may claim that he became king to save the Outlands, to bring peace and protect them from the whims of Neskoria, but that would not be the whole truth. He wants revenge against a kingdom that nearly took his entire tribe from him. To do that, he needs an army. A kingdom of his own.

Weaknesses: Least stealthiest person alive, couldn't stay still or be quiet to save his life