Dripping Memoirs: When the Broken meet the Emotionless... 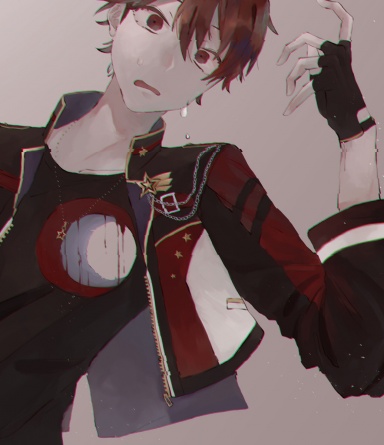 It's time to steal back my own future. Move aside.

Genres
No preferences but I do struggle with making things serious at times. I definitely have more of a knack for comedy. 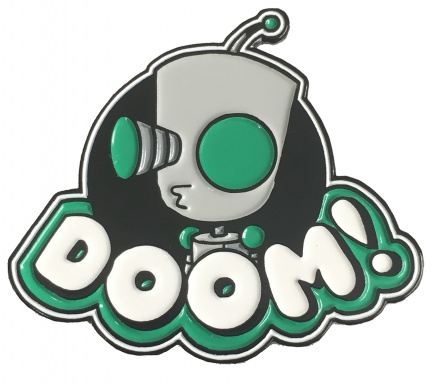 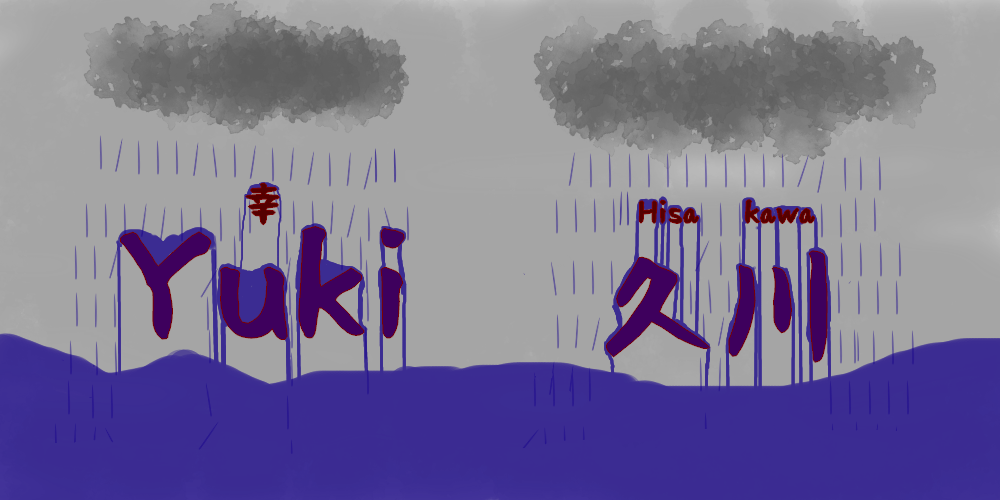 It was just another day. Just another day of boredom, fake facades, people-pleasing, and complacency…of fronts and superficial friends... of emptiness and depression with only a little respite due to a pair of cute little furry friends. And… one mystery that still tickled his childlike curiosity to this day, one he always remembered to check every rainy day.

A girl. A young, blonde, pretty looking girl, always wearing an emotionless expression. Always looking around, with an expressionless stone face. She only ever shows up during rainy days under the cherry blossom tree that’s on the way to his college from his house (A path he specifically goes through every day and specifically chose his higher education location over).
Talking about the tree, it's a special one: A diplomatic gift from 200 years ago from the japanese government to the United States, and has been in his town ever since. Oh, and said town? It's a Japanese “Colony” of immigrants in California, and yes, his family is one of many among them whose original hometown was located in Japan. But back on topic. Today was cold and rainy winter morning during March. The day is Monday, he was making his way to college, whose classes had just started a week ago. The shift from high school to college had hit the black-haired young man hard mental health-wise. Normally operating by an established routine due to his lack of general motivation, the new schedule and change had thrown the boy’s world out of order and had him struggling to make it to classes on time and pay attention, all while his parents kept insisting that he should enter as many clubs and extra classes as possible while going to all the “suggested events” the institute was hosting, which might as well have been obligatory for him. Day by day he had been getting closer and closer to cracking under pressure and even his pets had not been enough to keep him happy and sane as before.


The college student had woken up in the middle of the night that day, and had spent a substantial amount of time… thinking, stressing, and suffering from insomnia. He was not in a good state of mind for the rest of the morning… having a blank look with unfocused eyes, like peering into the void. While on his way to college, all of this pressure and exhaustion triggered a seemingly very uncharacteristic moment for Mitsuki Hisokawa, and didn’t keep riding his bike towards class. Instead, he chose to stop by the park the boy had passed by so many times since his childhood.
And there she was… just like the first day he had first seen her so many years ago while trying to shield himself from the sudden rain on that fateful date. Now there he stood, on his bike instead of on foot, wearing a raincoat along with a jacket instead of no water protection, staring at the girl in her usual spot. He had never tried approaching her or talk to her before, he thought she might just be a figment of his imagination, and was just content enough leaving the mystery intact and to ponder at the possibilities when bored. But now that he had been started to be pushed to the brim by life, Mitsuki suddenly felt a strong urge to finally find out, as to not have any regrets… as to why have regrets, even himself was not so sure.

Leaving his bike parked by a bench, the boy gulped, and slowly but surely approached the cherry blossom tree in the center of the park, where the silent girl was standing by the piece of Japanese heritage and under an umbrella.

He stared at her while sometimes looking away for a few moments, not knowing how to even start, eventually, he just settled for something simple.

“Em… hello there, I wanted to talk to you.” He finally blurted out to the mysterious girl, doing what he hadn’t done for more than a decade now.

It's time to steal back my own future. Move aside.

Genres
No preferences but I do struggle with making things serious at times. I definitely have more of a knack for comedy.

Existence.
Something like that should be such a simple concept to each and everyone, and yet, it certainly wasn't to the small girl holding a pale blue umbrella.

Existence was fickle, passive. Strong to some, faint to others.
Every new occurrence of rain, she existed, whenever it ended, that same concept was put under doubts. Yet, there she stood, holding the object up as if it made a difference to her, watching humans passing-by with fast, apprehensive steps. Like most woodland critters, they didn't like the rain too much, looking for any kind of protection from the cold droplets of water, barely daring to wander under its wet embrace.

To the Ame-Warashi left alone in the middle of the now soaked park, it changed nothing. Not really. In that matter, the rain-dwelling spirit felt a little closer to the plants that made her company. Though she wasn't about to get overjoyed at its presence, it wasn't as if she hated it either. It was rather... familiar. Even if the environment was to be warped with progress or maybe her entrance point was to get moved again, at least, the rain would not. Always the same sounds, the same tranquillity, the same sense of belonging? Perhaps belonging wasn't the right word to describe it, and yet it remained to be the one closer to the attachment attempting to be described...

Surely, this predicament wasn't bond to change.
Another rainy morning, another session of passively observing, another instance of the flower's song. Passion for the weather that despite having found a kind of... appreciation for, the inhuman girl couldn't exactly comprehend. Happiness, satisfaction, hope? None of these rang any bells, only by name, names that still held no context, weight or meaning. Merely dictionary definitions. Inked down characters that were dull and soulless just as she was.

A hollow husk wandering across time until the moment it inevitably was barred from entrance. Weak presence without a reason to be.

And still, she watched. Lacking any intention or motivation to do so, she still watched. There was nothing to do but watch.

But those that observed should remain attentive to the fact that they might be seen as well...


"Em… hello there, I wanted to talk to you."​
Huh...?
The girl could only blink in confusion, staring back at the fully-grown human, expecting to be disregarded as usual. Honestly, her past experiences with them had taught the rain spirit that the grown-ups could not see her. Budding and sapling ones could. They'd sometimes get lost in the pouring weather, she'd make them company until a big one would come for them, often unable to notice the Ame-Warashi standing right there in front of them. It was, a pointless endeavor really, to get them to acknowledge her, the grown-ups of this era were even more thick-headed than the ones she had come to know long, long ago.

Looking around just in case, the rain-dweller searched for someone else the human might be engaging with... only to find the park just as, empty as it normally was whenever she was present. A couple more confused blinks had made it towards the location itself until the truth of the situation had caught up with her.

With a gasp of pure terror she had faced away from him, stepped back closer to the sakura tree and run behind it.


"T-there's no one here!!"​
It didn't matter if the action made no logical sense, if that'd only be giving out her position, at that moment all that had been on the girl's mind was to run and hide, hoping that the grown human had really been talked to someone else that was not her.

The tips of a still open light blue umbrella stuck out from the barked cover, making the attempt even more pathetic...

Well... that went, a bit, different than what he had expected. Yuki thought the girl would be cold or something similar, considering her normal demeanor, and prepared himself mentally for that. But this? This caught him completely by surprise and ended up chuckling at the mysterious one just hiding in such a silly manner, having to place his hand in front of his mouth to contain himself even if just a little.

“..." The young man couldn't actually remember the last time he had even chuckled so joyfully like that, a small smile forming unconsciously on his face, which quickly shifted to a bigger, wry smile, with Yuki scratching his cheek a bit in awkwardness.

“Em... sorry. I know its a bit difficult to trust me, but I mean no harm... I just wanted to talk. I... have always been curious about you, always standing by the tree with that tranquil expression... and better now than never." If his words had been examined closely, one would notice that the last part was full of complex feeling along... a tint of recklessness. Hisakawa made sure to raise in hands in a gamble to seem less threatening and walked slowly towards the scaredy-cat of a girl, until he was on the other side of the tree, keeping a few steps worth of distance away from the girl without a name.

Funnily enough, Yuki didn't feel nervous anymore. He was a bit anxious about possibly messing things up further, but... he felt oddly at peace already, not really knowing why and not caring to delve deeper into his thoughts to learn why. "I want to get to know her, even if just a bit" That was the only wish reverberating in his heart at the moment and was far too done with everything to not try to follow it to the fullest, right here, right now. Even the previous thoughts of ending things soon... were in the backburner, at least for now. He didn't care if he missed a few classes, he was doing things that he actually wanted to do, for once in his life.