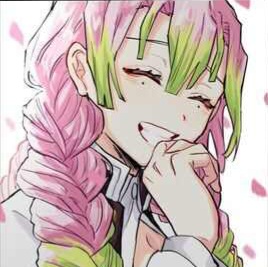 
You sighed, settling down onto your bed. For some reason today just didn't seem like a good day. Glancing up, you took notice of the small, porcelain doll that sat upon your dresser. You didn't know why you bought it. Something about the little girl was just.... different. You looked closer at the doll, studying it almost. It had long, brownish red hair and wore a black gown. Nothing seemed out of the ordinary about it, but for some reason you found it odd.


Suddenly as you looked on, her porcelain lips curved upwards in a smile. Now you knew you were imagining things. Dolls didn't smile. You knew that much. Climbing out of your bed, you wandered closer to the dresser. It was almost as if the small doll was beckoning you forward. You came to a halt in front of the wooden structure, staring skeptically at the non-living girl. The world around you began to fade to black as you continued to look on. The doll raised her hand in greeting and smiled at you again. That was the last thing you remembered.

Cracking your eyes open, you glanced around only to note that you weren't in your room anymore. There were other people scattered about you on the ground. They looked like they were just waking up as well. You climbed to your feet. You noticed that you were in what appeared to be a forest. Around you the other people began to rise, asking questions abotu where they were or how they came to be there. You were about ready to begin inquiring as well when a clear yet quiet voice washed over you. "You are in the Dreamland.." It stated calmly. Whipping your head around to the source of the sound, you seen the porcelain doll, only she was now your size. She looked at you sadly, almost as if she were regretting what was soon to happen.


The doll sadly shook her head. "He has brought you here.." She said softly, looking at the person. Another question was asked about who he was. "He is the Puppet Master Ace..." She intoned, looking between all of the people that were gathered around. "He brought you here to..." She trailed off, looking at her own hand. "..to make you into his puppets. He believes you to possess qualities that he wishes to acquire."


Another person stepped forward. "Then why didn't he just make us into puppets? Why dump us in the woods where we have a chance to escape?" They inquired, a fierce look on their face. They looked as if they were ready to attack the poor doll. You didn't know why, but you believed that she didn't like this 'Puppet Master' very much.


"He enjoys his games..." She said, giving us a sad smile. "He is giving you the chance to escape, but it is useless..." She said, trailing off again. "He always wins..." With that she disappears in a swirl of leaves, almost as if she were summoned away.


As everyone began to mill about wondering what to do, a voice ran out from the clouds. "Let the game begin, pets..."
Last edited: Jun 29, 2015
Reactions: NetherLightGod
Show hidden low quality content