Lucy is dead.
But that doesn't mean her race is.

While the Lucy saga is over, and many scientists and diclonii have been killed or gone missing, the research facility isn't completely destroyed. A few scientists have survived and some are out for revenge, others still thirsty for experiments, while others share the ambitions of Director Kakuzawa in expanding the diclonius race.

During Lucy's imprisonment in the research facility, the scientists were able to impregnate her. Using her own DNA, Lucy carried her own clone in her womb. In order to keep Lucy from killing the child, which they knew she would, Lucy was sedated during the entire pregnancy, thus having no memory or recollection of carrying her child. By doing this, they were hoping to create an even stronger diclonius by speeding up the evolutionary process. The child was born relatively normal, except for the horns and fiery red hair (Red in this RP--not pink) and red eyes. There was no physical deformity, and much to the scientist's delight, the child was female.

The facility kept the child a secret, even from the director, mainly to be used as a "Plan B" or "only for emergencies." Lucy never knew about the existence of her child, but if she had, knowing the amount of potential destruction it could cause, Lucy probably would have killed her child herself.

The child was able to start understanding things at a surprisingly young age. While the body developed slowly, the intellect developed quickly. It was unknown if Lucy's development was like this, since the facility hadn't observed Lucy until she was a teenager. The scientists had decided to name Lucy's child and clone Leilani.

It didn't take long for the scientists to see this child was special. Starting at the age of a toddler, Lucy's child had the ability to self-heal. She was taught even then that she was secret, and special, and the heir to her race ever since her mother died. While still being subject to a few brutal experiments, she was treated a lot better than the subjects before her. She was reared like a weapon, taught to defend herself, and kept in peak physical condition, but at the same time, treated well enough to where she wouldn't turn against her keepers. But still, she was kept underground, her residence guarded to keep those rearing her safe in case she got angry. Even as a toddler, during exercises and experiments there were heavily armed guards near by, and that's all she ever knew until her teen years.

When she was eighteen an uprising happened in the facility lead by the other diclonii subjects. Everything went to hell and she was immediately locked into her residence, for fear of the uprising inspiring her, which it did. She watched as her keepers, tormenters, and authorities were slaughtered fearlessly. While her fear was slightly irrational, she had been basically brainwashed into fearing her keepers, enough to keep her from attacking them. But her fear soon turned to hatred, but cautiously so.

One night, about a month after the uprising, she woke up with her door wide open. She was guided out of the facility, much like Lucy had been when she escaped. Before she left she found a suitcase. In it were civilian clothes, along with a stack of cash and a train ticket, several boxes of hair dye, and several boxes of colored contacts. She took the opportunity boldly without looking back, disabling the cameras before putting on her new clothes.

That was a year ago. Now, Leilani has found peace, or so she believes, at a small teahouse several hundred miles away from the facility. Now nineteen, Leilani works at the tea house and pub in the mountains in a small village. She wears her hair up, still red, but her eyes are a sparkling blue. She wears a thick bow-headband around her head, covering her horns. While resting here for a while, she plans to save up money to leave Japan.

The Tea House
<IMAGES REMOVED AT REQUEST OF PHOTOGRAPH OWNER> 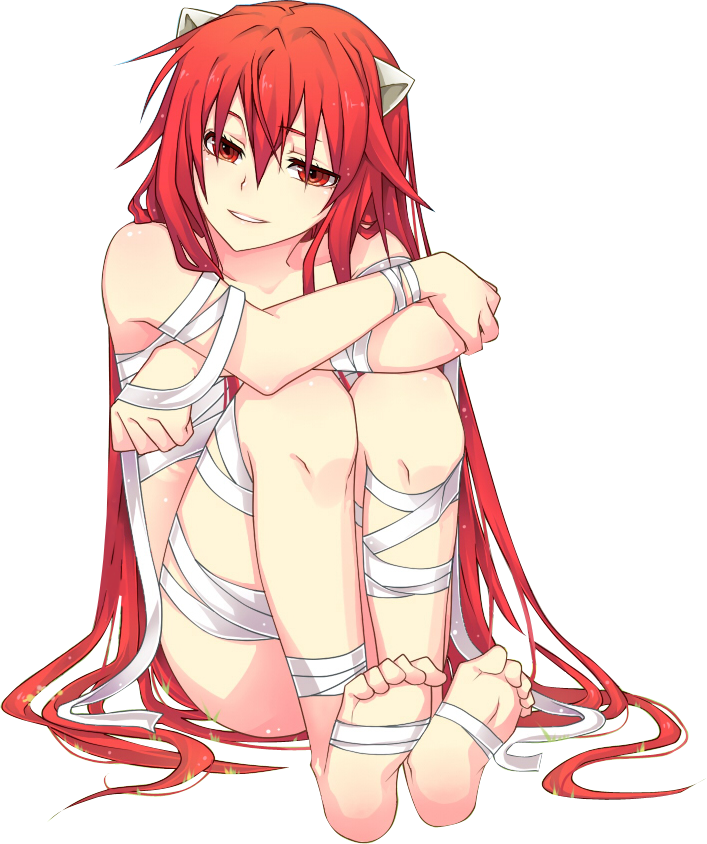 This leaves the plot wide open. Who was the one who let her leave? Are they still looking for her? The plot can be related to her origins, or take off in a completely new direction. She could become anything from a villain to a hero. The American government looking for super hero-like abilities? That would be an easy ticket out of Japan. Or perhaps her past comes back to haunt her, or the one who set her free comes to track her down!

I'm really looking forward to seeing where this could go. While I love action, violence, gore, all that, I still have a soft spot for romance, so that's definitely open here! Libertine style would be appropriate for this RP as well.

1. Please give me substantial posts, I like to keep things nice and detailed, but when it comes to combat or dialogue, I understand posts can get a bit short. So while I ask for as much as you can give, I'm flexible~

2. Please understand that I may not get more than one post in every day, but I'll try to get one in every day, depending on your own speed <3 However, it is close to Christmas break, and I'll be able to post as frequently as I can!

3. And I ask for general courtesy, like no god-modding, or taking over my character in your post, etc. Please leave space for my character to react, unless we have discussed something before hand!


That's it~ please feel free to leave a comment or a DM if you're interested. For now there's no limit on the amount of RP's I'll take, so there's no "slots" or anything ^_^
Last edited by a moderator: Apr 6, 2017

You had me at the title. Please, PM me!

LoveandHate91 said:
How would this work as a Rp because in the anime and manga diclonius were more or just killing machines that was there only goal it seemed like to kill humans
Click to expand...

The natural killing instinct would only add conflict, which is what adds interest to a story. And this is also my own creation/take on the story. This is the "Next generation" of Diconlii so to speak, so I can really do whatever I want to it.

This thread is not meant for a debate about what works and what doesn't work, this is meant for those who are interested in becoming a part of this RP. So, if you've got issues with it, I suggest either sending me a private message, or keeping your thoughts to yourself.

LoveandHate91 said:
Way to get mad over the question I was asking how it would work since if you followed it by canon it wouldn't work at all
Click to expand...

I don't know how much you read of my description, but if you read it entirely, you'll see I changed a few things form the original story in order for my character to fit into it. This isn't following the original story perfectly, I'm taking some liberty to change a few things in order to make a RP work out of this. Now, please, take this conversation to my inbox or I'll have to report you.