Original poster
DESTINY
The semi-fantasy story of the shinobi heroes who emerged from the last great ninja war. 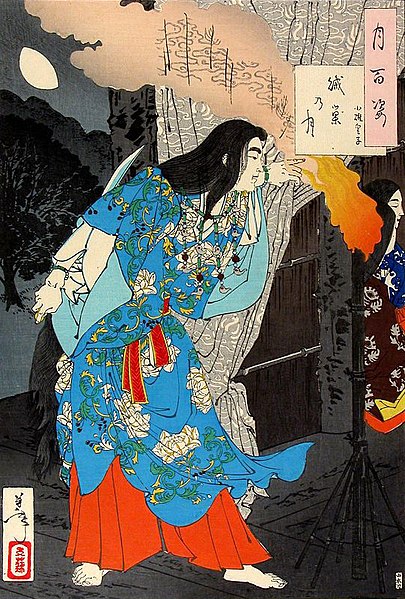 Corrupt government officials ruled the wretched economy from the sidelines, often making deals and trades for the sake of someones life. Death was just part of the plethora of events making life harder for the citizens of Jenji. Thus, warriors who had left there duties formed a rebellion, which soon turned into a full fledged army. The leader of this army, Kisoni Shinobi, named the fearless warriors the Ninja.

For five long years the Shinobi fought the chains of corruption, many dying by their strangling holds. However, after a final stand in the square of Jenji, the Ninja emerged victorious, taking control of the government. 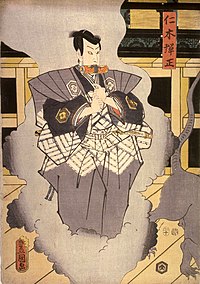 The villages of water and earth aligned to fight against the strongest village at that time, Kasai. This was known as the first great ninja war. Kasai managed to hold off the frontal attack organized by the water. These attacks were not meant to be won, only to weaken the defenses of Kasai. The second wave of attackers broke through the front lines, and reduced the city to rubble, killing nearly 700 innocent people. The third and final attack was on the castle in which the Fire Reflection was located. After a fierce and lengthy battle between the Fire Reflection and the other two reflections, the Earth and Water reflections emerged from the castle.

In the many years to come, the citizens of the fire relocated to a new land in the eastern most areas of the land. On their travels, a new Kasai no hansha was chosen to lead the Kasai. The Kasai settled in the grasslands located in the eastern parts of the land, in which they discovered a fourth village, the Kūki. The Kūki governed over the element of wind, and allied with the Kasai. For the next 23 years the Kasai built a new village, and planned a revenge attack on the Earth and Water.

In late fall, the Kasai ninja blasted though the frontlines of Mizu, and made their way into the city. This attack was known as the beginning of the second ninja war. When the Earth received news of the attack, they began to approach the new village of Kasai, but were forced to surrender due to the awaiting plethora of wind ninja waiting for the Earth Army. Meanwhile, the Kasai worked their way throughout the Mizu village. The Kasai Ninja destroyed nothing except for ancient shrines boasting the victory of the 1st ninja war. The Kasai seized the Mizu Castle, brutally battling the Water reflection, but in the end, sparing his life on the agreement that the Mizu is not to ever approach Kasai again. This same deal was made with the Earth. 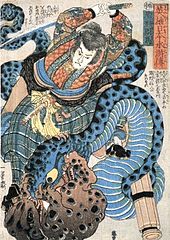 It took 40 years for the Wind to realize they were being used. The Wind planned a surprise rebellion attack on the Kasai, and aligned with the Water, as they were both seeking revenge. The water tried to recruit the Earth, but the earth refused them, almost instantaneously warning the Kasai, and aligning with them. This was the beginning of the 3rd great ninja war.

EDIT: This has nothing to do with Naruto. You may use jutsu from Naruto but include a description.​
O

Is this still a Chat RP?
O

Original poster
Semi Chat, Depends on what everyone wants
L

Original poster
I would prefer not a chat RP.

And Overcast, there is no Lightning Village...

And you should state in Jutsu that everyone gets the normal jutsu they are taught at the academy. Such as Body Replacement Jutsu, and Transformation Jutsu.

Also how does are previous RP tie into this?

Huh? No there isn't, Hunter. OC only made four villages.
L

Original poster
I know im asking why no Lightning village. I thought this was Naruto fanfic..._-_

As far as I am aware, this is an original RP! There is nothing in the description to imply that it is Naruto. :3
L

I actually don't care, I just would like to know what is the same and what is different im confused.

Well there you go! It's different. So no lightning village in this setting.
L

Original poster
Eh ok. What else is different tho? Is there no element of lightning? Do the Bijuu exist? Is everyone taught the basic jutsu's like in Naruto?

Well, I think it is safe to assume that unless OC has mentioned it in the RP description, it isn't a part of the setting. So reading the post carefully should give you some idea! Hope that helps.
L

Original poster
Alrighty...Then forget me I thought it was Naruto fanfic. Hope you guys have fun.

Edit: sorry for spamming in thread should have used PM. Is there a way to delete it?
O

Original poster
Meh. Hunter. The you can use the same basic jutsu from naruto, or use your own. I would really appreciate it if you joined. And no, there is no Biju
O


Bio: Leyna Maush was born around a thousand years in Sunagakure. Her mother and father were from the Maush Clan and therefore she inherited the Gaikegan. But her parents died when they were ambush in a secret mission, leaving Leyna an orphan at the age of 8. Leyna then had to live with a familiar of her father that she didn't know. It was her dad's uncle brother but her dad never mention to her that he had a family.What she didn't expected is that he was related to the royal family of the kage in her village. Therefore he taught her anything he knew just because she was always so stubborn in knowing whatever she could.
He taught her most of the wind jutsus she know but at the age of 15 she decided to go on her own and explore the world. She never had a goal so she just spend everyday as her last, in case something would have happen to her. During one of her journeys she met a Lighting user named Shoiko. He told her that she was also a lightning user and he offer to teach her what she knew in exchange for company as he was always lonely. They became closer like siblings as they days and months passed they did everything together: train, work, talk, chores. He was 2 years older than her and he found out that she was a Maush the first time he met her. Shoiko told her that he was also a Maush but that he ran away from the persecutes that tried to kill him and his family but only he survive the escape. Years of training took for her to little by little control her Gaikegan. Shoiko was a great teacher but he didn't know everything that the Gaikegan could do. At the age 17 she told him she was going
on her own again, telling him she needed to find what was her goal in life was. That's when she met Saco, the actual leader of the Maush, and right away she asked him if she could stay by his side knowing that a piece of her life was by her people.

Can I use her? It's from a character I made in gaiaonline some time ago..[/align]
Click to expand...

No. You must use the character sheet I specified.
W

Rina, OC is the GM and they're his rules. If he asks you to do something, please don't get exasperated! :] It's just a sheet.

Also, if there is something you don't understand on the sheet, all you have to do is ask him! I'm sure he can explain it.

Oh, and OC, you don't need to quote whole character sheets like that! It stretches the page. :3

Original poster
Earth Village, should I know you then?